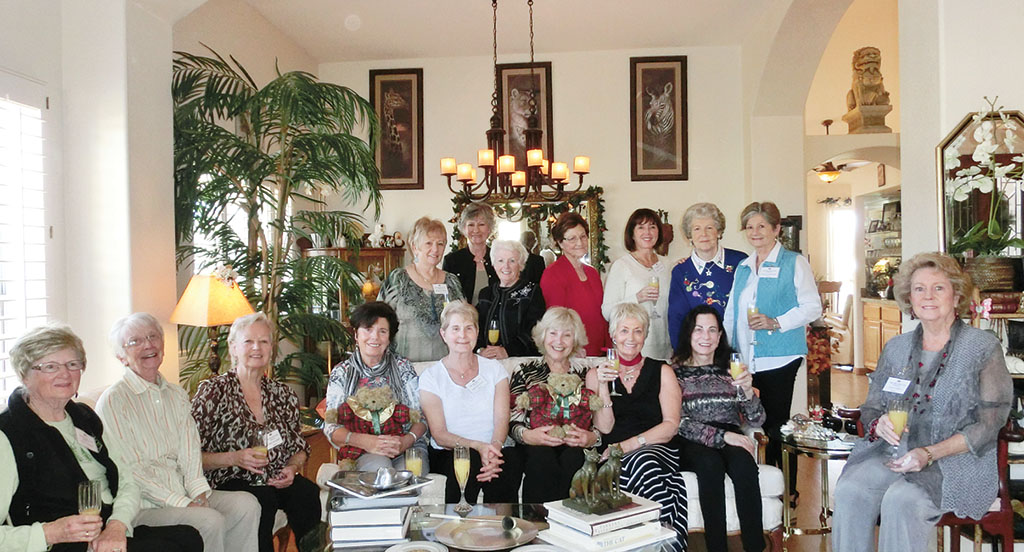 Members of the British Club had their December meeting at the home of Twink Gates-Zimdar.

On Friday, December 11, 32 members and four guests of the British Club enjoyed their annual Christmas Party at the Activities Center. After cocktails at 6:00 p.m. a potluck buffet, contributed by all members, was served where they enjoyed a delicious turkey dinner with all the trimmings. Following the buffet, entertainment was provided by Bob Norman’s Musical Entertainment. Bob sang many nostalgic favorites and holiday songs. Joining in with printed song sheets, members agreed a jolly good time was had by all. Bob kindly donated his fee for the evening’s entertainment to IMPACT of Southern Arizona along with donations from members of the British Club attending. David Taylor, treasurer of the British Club and IMPACT, would ensure that IMPACT receives these generous donations.

IMPACT of Southern Arizona (formerly Catalina Community Services) is a nonprofit organization operating in underserved southern Arizona communities providing comfort and assistance to those in distress. They furnish food for the hungry, support to seniors, clothes for those in need and they provide education for our youth, families and individuals.

Following the wonderful entertainment the evening continued with delicious desserts being served consisting of sherry trifle, mince pies, apple pie and cream, fresh fruit salad, After Eight, mints and a selection of holiday cookies and fruit cake while some danced the night away. Everyone thanked the Board and committee for their efforts to make this a very successful holiday event.