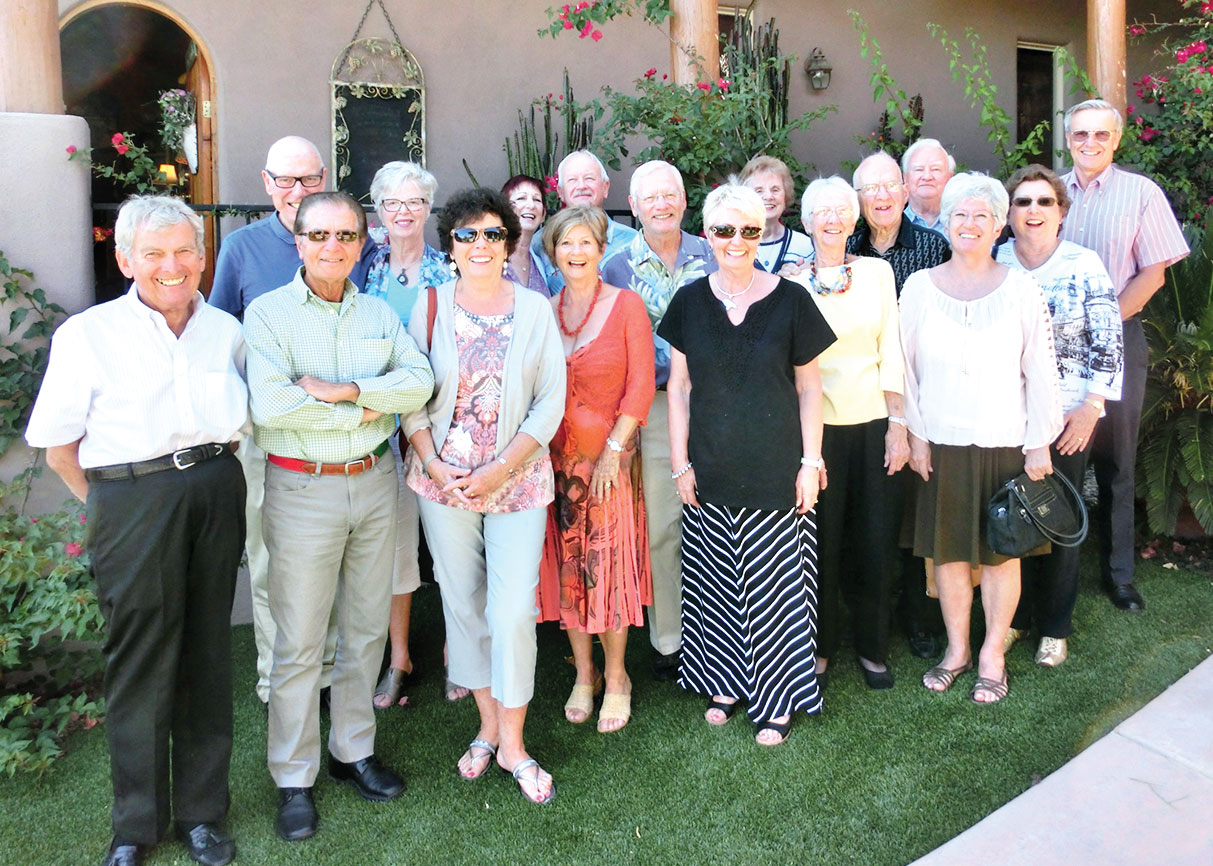 The British Club enjoyed a tea party and lunch near the Tortolita Mountains.

On a glorious spring day at a wonderful oasis at the foot of the Tortolita Mountains on Sunday, May 10 seventeen members of the British Club enjoyed a delectable tea party/lunch at Tea on the Town. They savored a selection of fine teas, finger sandwiches, deviled eggs, quiche, lavender scones with clotted cream, lemon curd and marmalade. Desserts were comprised of a delicious trifle, berry meringue torte, truffles and more. A wonderfully interesting and thoroughly enjoyable time was had by all in this enchanted oasis in the desert with the backdrop of the Tortolitas and Saguaro Cactus in all their glory.

Thank you Eileen, Enid and Twink for organizing this fun lunch/tea party event for the British Club.

Membership is open to any person who was born in Britain or the Commonwealth or holds or has previously held a British passport and is a current homeowner of SBHOA1, SBHOA2 or SaddleBrooke Ranch.