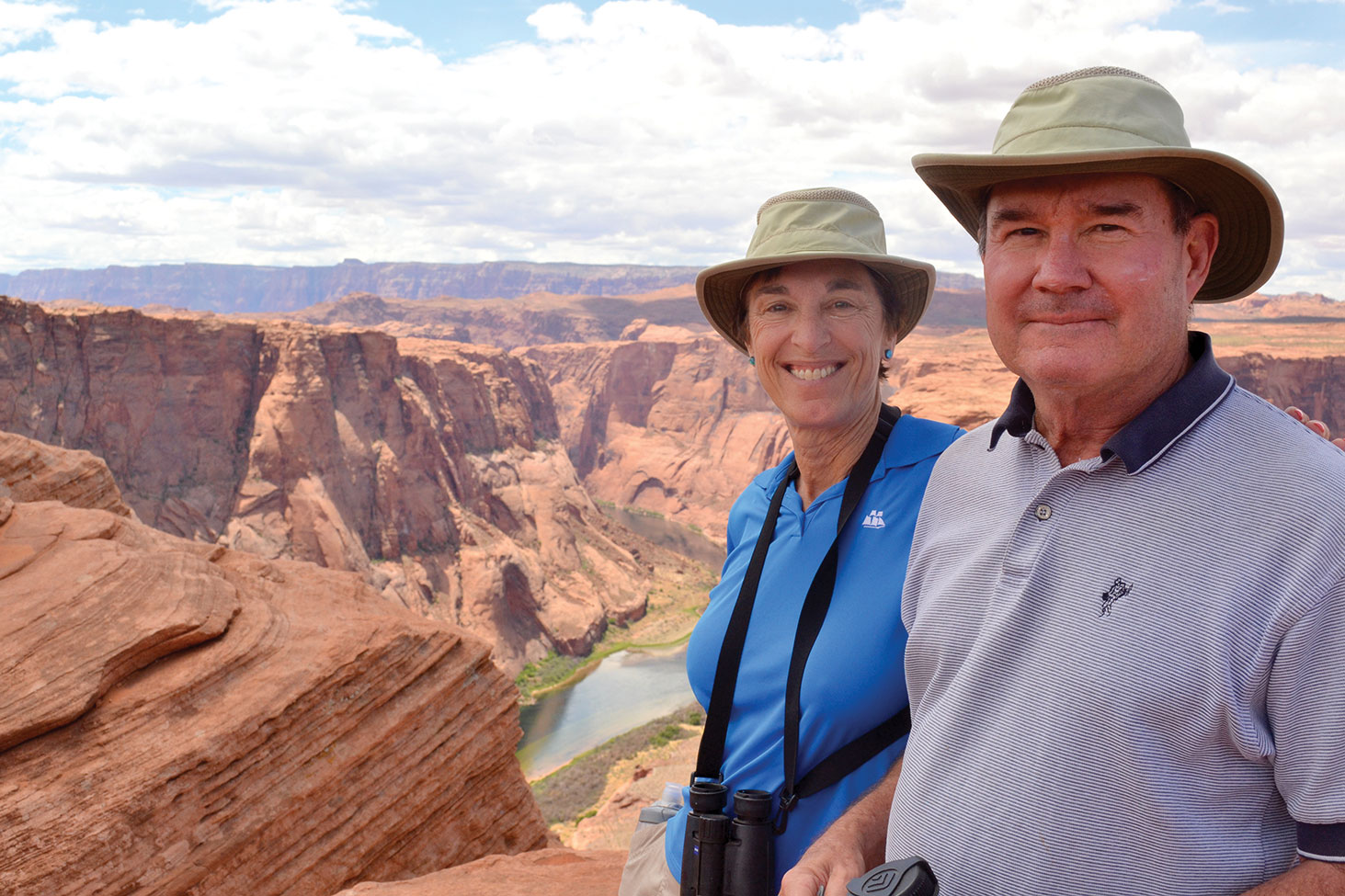 First of all, congratulations to new Life Master Jim Coe — he can finally stop referring to me as “your majesty!”

March players of the month were Arlene and John Mayfield with a dominant 70.99 % game March 15. Their aggressive preemptive bidding approach works so well because of their outstanding card play; so much so that some of us consider it a win if we manage a 50% game against them. It is still always a pleasure to play them, though, because they are as courteous and friendly as they are skilled. Two of our newer members are Sue and Phil Bush. Sue tells us how they got to SaddleBrooke where they arrived in 2011 from the Landings on Skidaway Island near Savannah, Georgia. After many years in San Diego they were ready to retire and friends encouraged them to go to the Landings where its six golf courses particularly appealed to them, not to mention all the other amenities of a great retirement community. While there Phil and Sue started playing bridge – mostly social – as their main focus was golf! Sue even won the ladies club championship in 2010.

After some fun years in Savannah they decided to return to the west where their three sons lived (San Diego and Santa Fe). Rather than return to the crazy housing prices and traffic of San Diego, they started exploring Arizona as convenient – or mutually inconvenient – for their boys. They quickly dismissed the Phoenix area in favor of Tucson and, voila, they found SaddleBrooke – the perfect choice for both bridge and golf.

Soon after moving here they became involved with hiking, golf and bridge. An ad in the Saddlebag Notes led them to Paul Shalita where they met Terry and Jim Coe, Roberta Eisman-Goldstein, Sandy French, Betty Meyer, Bob Murray, Stephanie Parks, Anne Roberts, Don Taylor and Jim Young. Paul helped them learn to think at the bridge table and realize there are many ways to make a hand if you make a plan and think it through!

Phil had played cards with his family for years and has a natural feel for card combinations, but Sue had to work at seeing the best line of play, a skill much improved by Paul’s classes. They enjoy reading the monthly Bridge Bulletin and trying to improve their play. And although they still play golf and hike, bridge has become a very important part of their SaddleBrooke experience!

We play Tuesday and Friday afternoons at 1:00 p.m. in the Mariposa Room at DesertView. Table fees are $4. If you need a partner call Jean Reitan at 520-445-8225 or email her at [email protected] Come join us and see if you can manage 50% against some of our finer players!