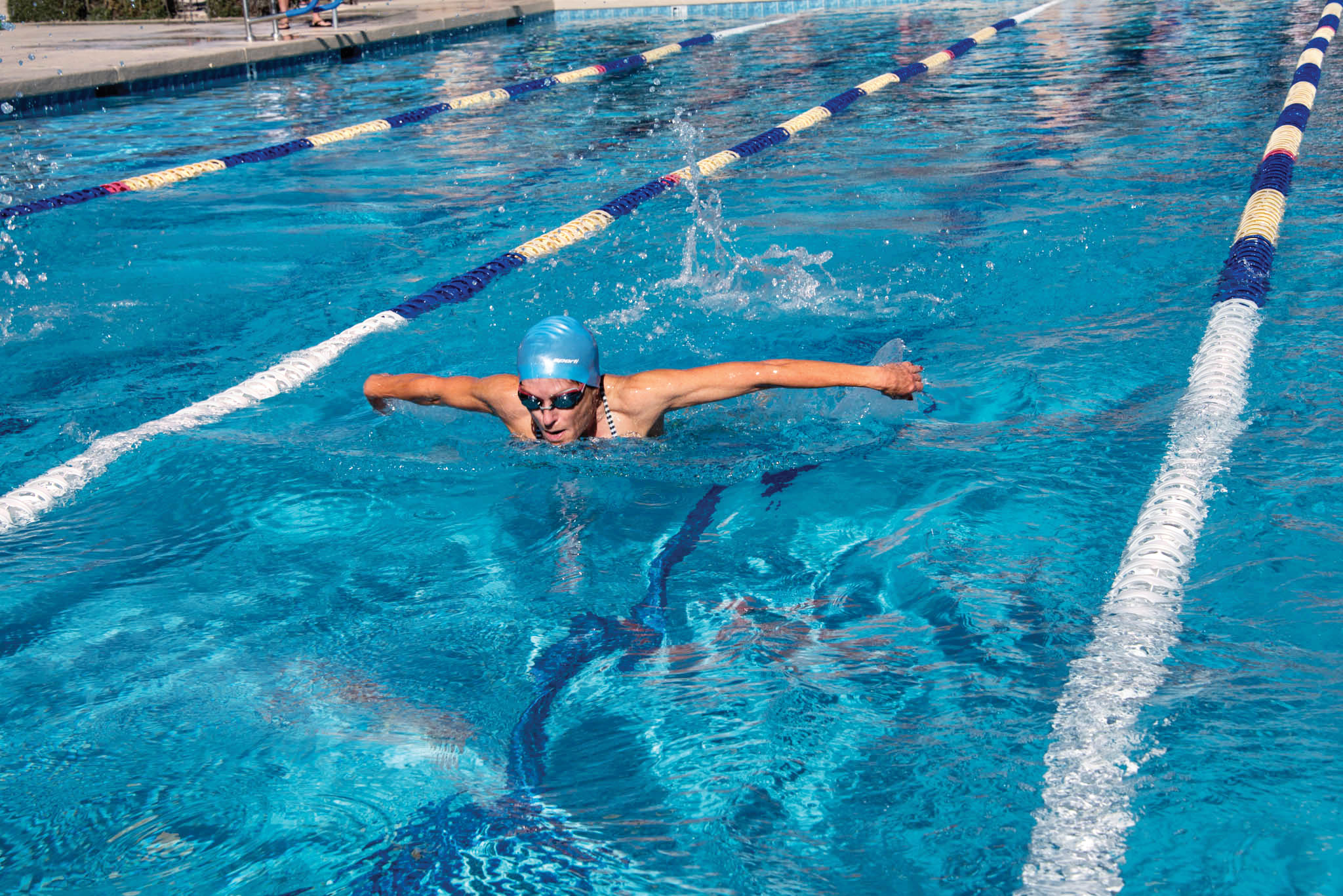 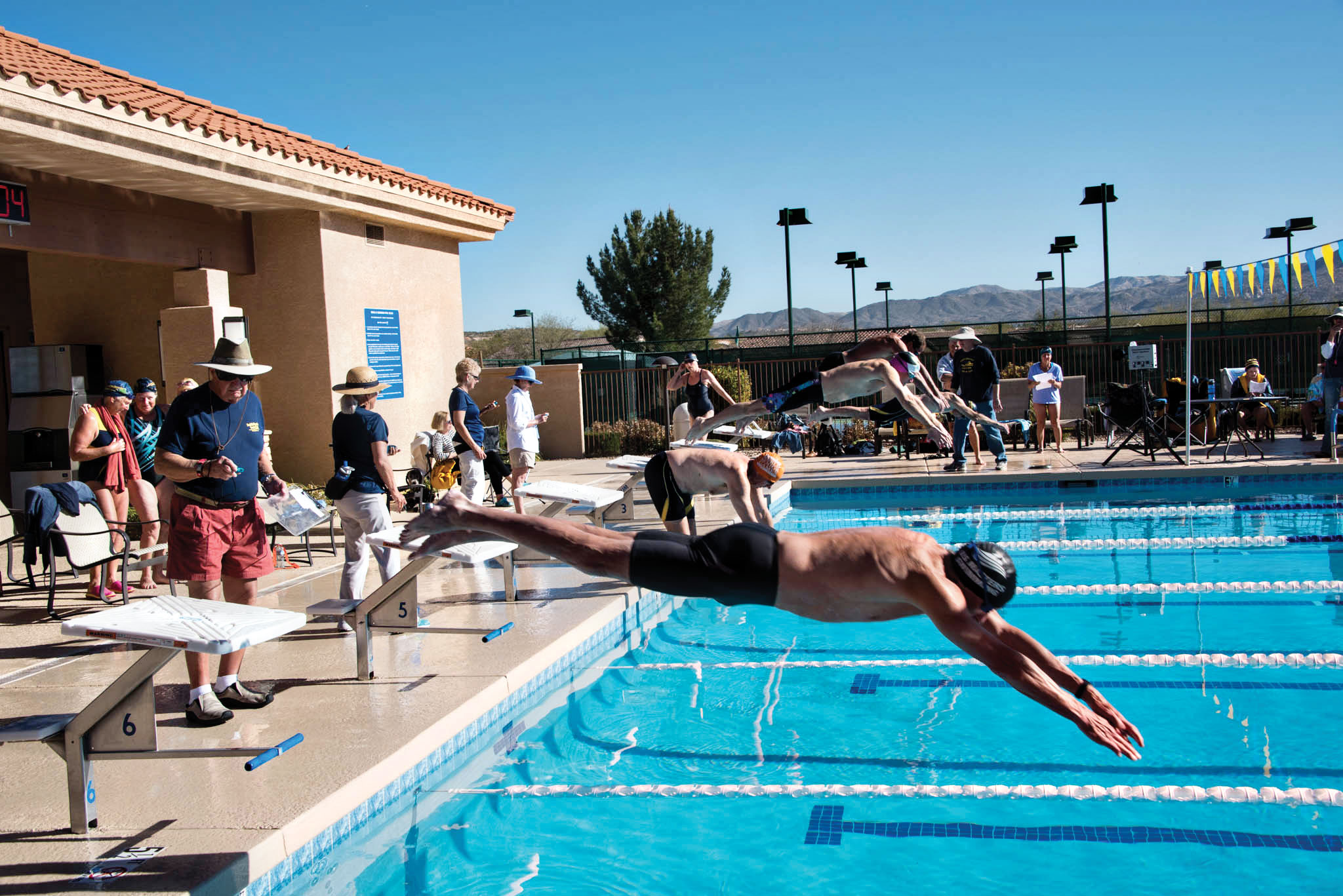 Members of the SaddleBrooke Swim Club are known to be a very close-knit, “all for one, one for all,” force to be reckoned with in Senior Olympics and U.S. Masters competitive swimming. On Saturday, February 13, 38 SaddleBrooke swimmers found themselves in the uncharacteristic position of facing off against one another as two squads, the Flying Fins of The Blue Bombers and the Sharkettes and Hammerheads of The Great Whites, took up positions on opposite sides of the DesertView pool under a cloudless sky with warm temperatures. This inter-squad meet was co-directed by Coaches Doug Springer and Susan Moss Fuller. The rules of engagement provided that each swimmer could compete in two individual events and one relay. A total of 18 individual and two relay events afforded the swimmers ample opportunity to test their mettle and that of the opposing squad’s competitors in the four stroke disciplines of butterfly, back, breast and freestyle.

The meet took on a raucous atmosphere as David Fuller announced the competitors in each event against a background of Beach Boys classics that energized the swimmers who stood the entire meet cheering on their squad mates. Coaches for the two squads strategized to maximize the strengths of their swimmers vis-a-vis those of the opposition. As a result, the meet was characterized by some highly competitive races, both individual and relay.

A highlight of the meet was that it marked the first SaddleBrooke swim competition experience for three club members, Carol Honeywell, Chuck Cunningham and Ed Donovan of the Great Whites and just the second for Don Merritt of the Bombers. Each recorded strong swims, enjoyed the camaraderie and look forward to competing in future meets. All in all, bragging rights aside for individual performances, all participants agreed that the meet was a relaxed, fun event. And they very much appreciated the support and efforts of the meet co-directors, team coaches, announcer Dave, the timers – Nancy Springer, Mary Ganzel, Catherine Eighmy, Elizabeth Hess, Fred Pepek and Curt Hulteen and meet photographer Rodger Bivens.