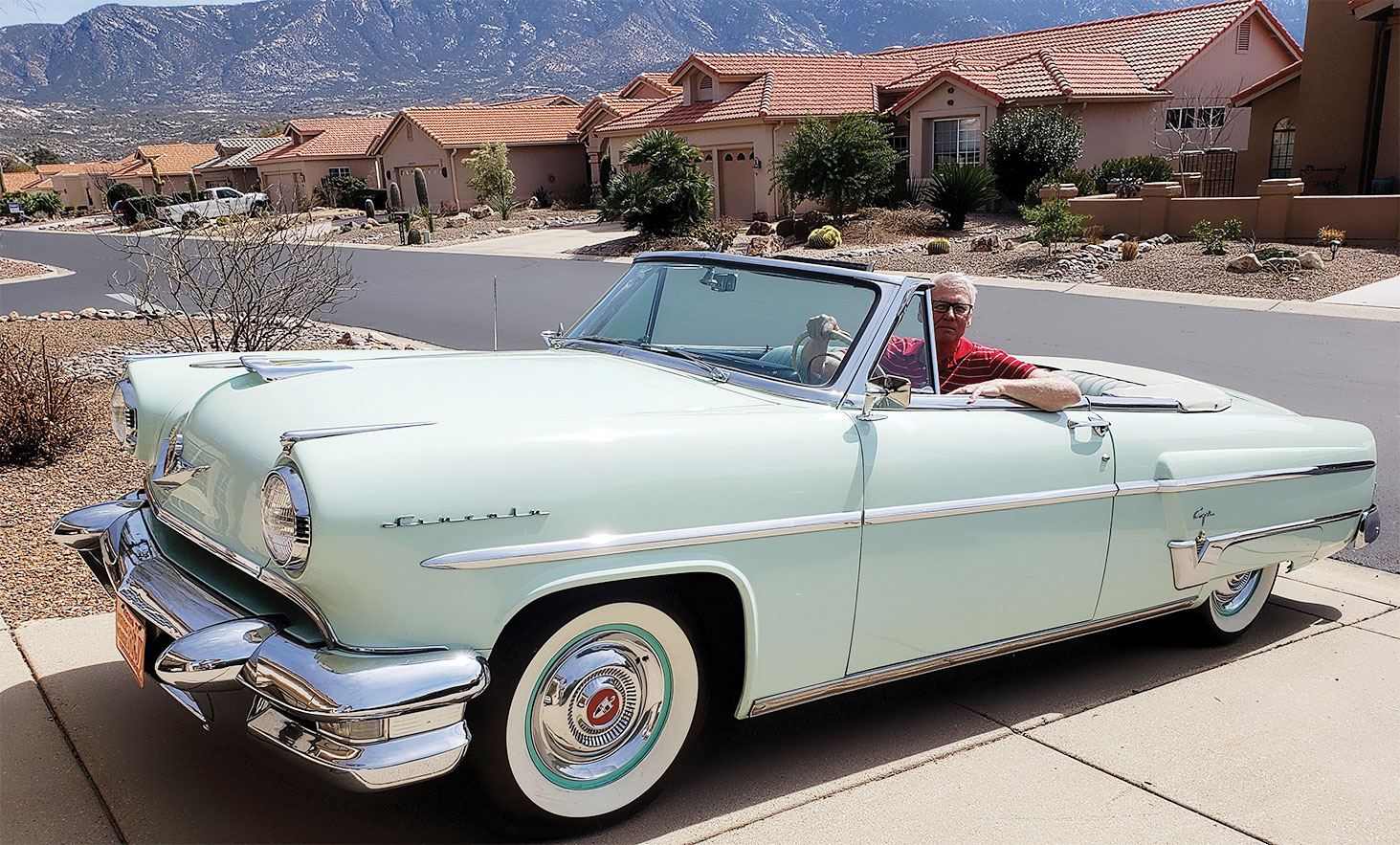 There is no by-line, due to the fact it was written by an unknown author and although some facts are true, some facts are hard to believe. Submitted by W. Henderson & F. Strubel

Warren (who is believed to be under Federal Protection) moved to SaddleBrooke One in the early fall of 2018, bringing his New Hampshire accent and sense of humor with him (he is a retired Over The Road, Truck Driver) and he says, “Everything that I say has some truth as a basis, but I do feel the need to embellish each story to make it sound better. This was developed over many years and conversations with Truck Stop waitresses at the Old Home Filler Up and Keep on Truckin’ Café in Audubon, Iowa.”

Frank says the prior owner of the house Warren bought in Unit 3, left this automobile in the garage. Further stating, “Warren complains the car is like a ‘Big Yacht’ and it takes up much needed space in his garage.” Warren keeps asking the previous owner to come take their automobile, because he needs the garage space for a golf cart (why he needs a golf cart is beyond me, he is not even a golfer!). Warren is seeking some legal advice, asking, “If passion is 9/10s of the law, will he legally own the car after 12 months?”

The true story Warren says is “Frank bought the car from a dealer in Boise, Idaho using a secret slush fund that his wife doesn’t know anything about and asked Warren if he would let him drive the car, would Warren allow Frank to store it in his garage?” YES!

Frank, Warren and some other unknown drivers have been seen driving the Capri in and around SaddleBrooke and as far away as downtown Tucson hoping the alleged prior owner will not spot the car and come after it. They also falsely believe that no one will take notice of them driving a 65-year-old automobile around Tucson, the Southwest’s capital for antique and classic automobiles.

One may also have noticed the car parked in the SaddleBrooke One and Pool Hall parking lots. Both Frank and Warren spent their misguided youth shooting pool in dark, dank and smoky intercity pool halls; they are still adjusting to the beautiful new clean, well-lit Billiards Parlor, under close supervision provided by Joe, Dominic and Randy. If you see this automobile do not approach and do not call SaddleBrooke Patrol.