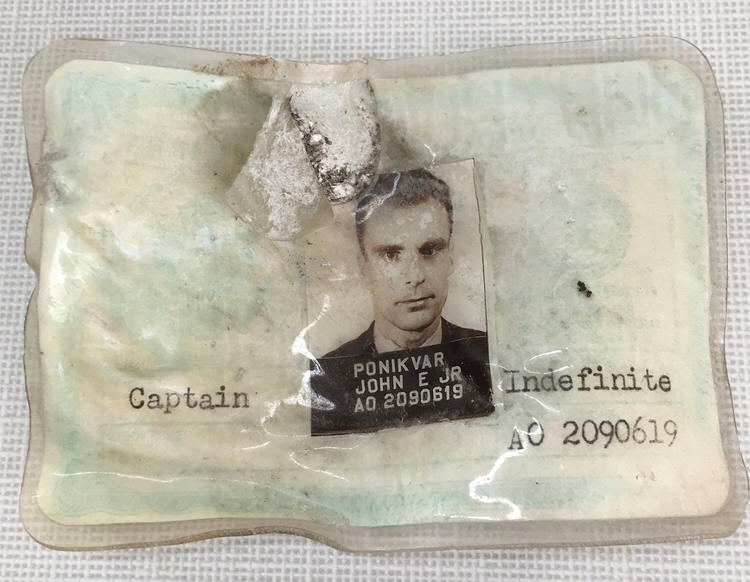 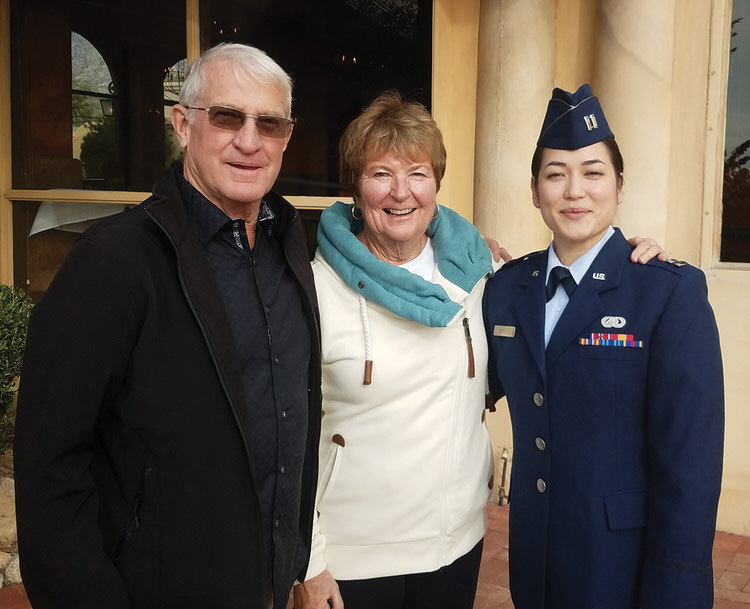 On Jan. 8, SaddleBrooke resident Janie Fowler received her father’s military identification card that was recently recovered from the site of a 1952 fatal crash of an Air Force transport plane in Alaska. Air Force Capt. Monica Hottle flew from Dover, Del., to present the ID card to Janie.

Janie recalled that she was only seven years old when her father, Air Force Capt. John Ponikvar, 30, was lost with 51 other military members. She remembered that her mother and she first learned of the crash from a car radio broadcast as they were riding home from church.

On Nov. 22, 1952, her father was one of 41 service members on a C-124 transport plane, with an 11-member crew, flying from McChord Air Base in Washington to Elmendorf Air Force Base in Anchorage, Alaska. That afternoon, a passenger plane pilot received a faint distress call from the C-124 pilot saying, “As long as we have to land, we might as well land here.” At that time, the C-124 was flying in a blinding blizzard. As a result, the pilot had no visual references, and he could only use altitude, a radio beacon, and a stopwatch to navigate the plane.

No further communication was received from the C-124, and it never arrived at Elmendorf. Due to the severe weather, a search could not begin until Nov. 25. On Nov. 28, two airborne searchers spotted the tail section of the C-124 sticking out of the snow at an elevation of about 8,100 feet, near the summit of Mount Gannett, some 45 miles east of Anchorage. One of the searchers concluded that the C-124 had been flying at full speed at the time of the crash, exploding at the time of impact. The other searcher reported that the crash site was covered with eight feet of snow and that snow had drifted to depths of hundreds of feet around the site. Consequently, the search was terminated, and the victims’ families were informed that no remains could be recovered for burial.

Sixty years later, in 2012, members of a military training flight observed a yellow raft from the C-124 on Colony Glacier near the base of Mount Gannett. The Air Force concluded that the crash wreckage had become part of the glacier, which was slowly melting due to climate change, and that the wreckage was gradually, but unrelentingly, moving to Lake George for deposit in the depths of the lake. As a result, the Air Force initiated annual, three-week search and recovery missions on the glacier during the summers.

The 2021 search and recovery mission discovered her father’s ID card. Janie plans to have the card framed to be given to her own son, John, named after her father.