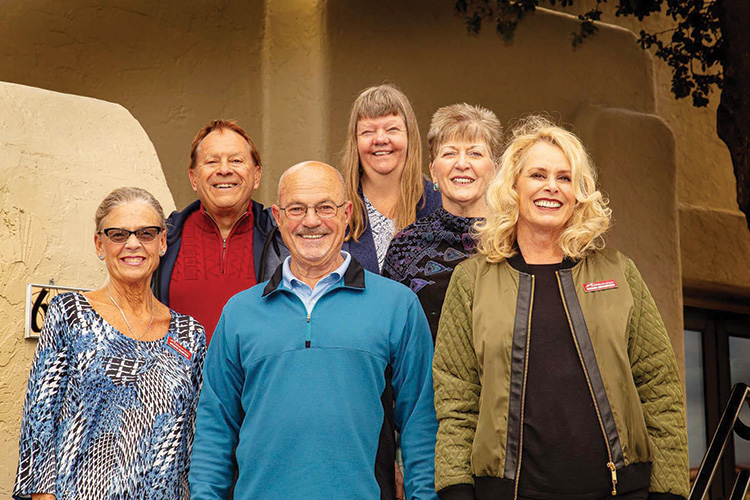 He’s a number’s man. And now he’s also the former treasurer of the SaddleBrooke Singers. Though Jim Barrett is no longer the designated finance manager, we are pleased to report Jim will continue singing with us. Thanks, Jim, for the 10 years you spent adding, subtracting, and keeping us balanced. Our musical organization was blessed with a treasurer who has a mind for math. Jim spent 45 years teaching mathematical science before retiring. He spent his last 10 years in the classrooms of the University of Arizona.

Jim’s love of music and performing started early. Jim’s dad, who sang in the church choir and in award-winning barbershop quartets, influenced his interest in music. Consequently, from grade school through his teen years, Jim sang in choirs. In high school, Jim also played piano and sang vocals with his fellow teenage buddies in a dance band. There he also got started in theater, where he secured the lead in The King and I. In college Jim sang in opera productions and musical choruses. Later, as an adult residing in Detroit’s suburbs, Jim enjoyed singing and acting in numerous community theater productions. He was cast in roles and leads for musicals including Hello Dolly, The Music Man, and Brigadoon.

During the 19 years Jim has lived in SaddleBrooke, he has sung with the SaddleBrooke Singers for 14 of those years. He also performed in a quartet or as a soloist in eight variety show productions. The SaddleBrooke Performing Arts Guild cast Jim in Christmas in the Brooke and Romance in the Brooke. The Prime Time Players also offered roles to Jim in productions such as The Dining Room and 39 Steps. Jim states, “I love the thrill of being in a show. When the curtain goes up and the lights come on, you feel a tingling, extra energy, and it takes your performance to a higher level.”

Jim and his wife Kathie, both retired teachers, have been married 55 years. They have a mutual love of singing; they met in college while singing in the church choir. The Barretts have two daughters, Heather, who works for Dell Computers in Austin, Texas, and Allison, a United Airlines pilot based in St. Louis.

Jim encourages “anyone who sings to join us in the SaddleBrooke Singers. We have a great director, put on great shows, and have a great camaraderie.” If you are interested in singing with us when we meet again, contact our president, Stephanie Mattie at 309-714-2474.

Unfortunately, the SaddleBrooke Singers board regretfully announces, due to health and safety concerns related to singing and COVID-19, the cancellation of all rehearsals and performances until 2021. Information about ticket refunds and updates about the Singers’ schedule can be found at www.SaddleBrookeSingers.org.