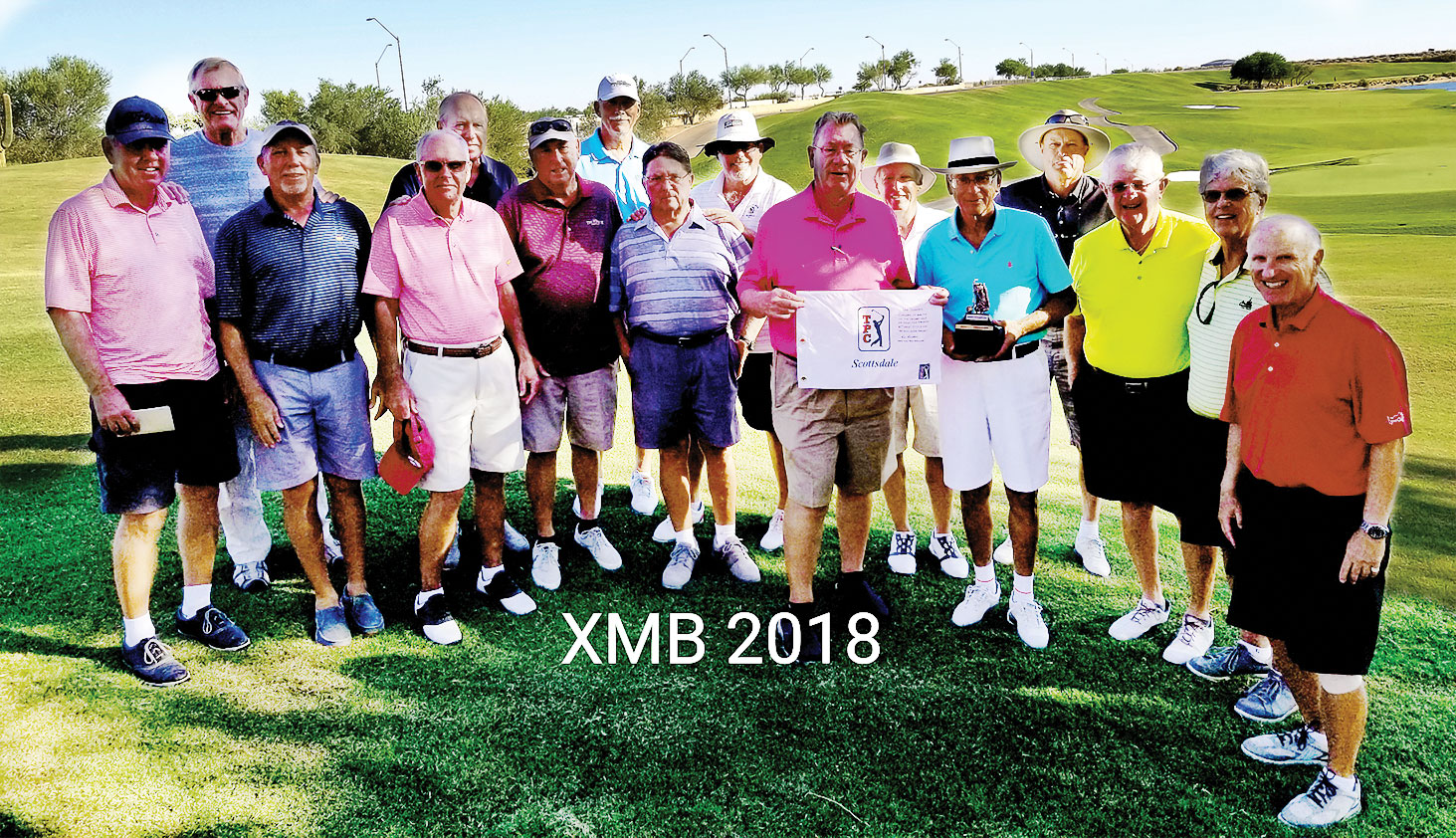 Dan Schroeder with the flag and his XMB crew

The consummate sports fan will find his or her mind filled with wonderful images and remembrances when they hear iconic names like Yankee Stadium, Soldier Field, Augusta, Wimbledon, Saint Andrews, etc., etc., etc. Imagine how many memories they must evoke. Mind boggling, isn’t it?

Most golfers will agree that the newcomer to the above list is the 16th hole on the TPC Stadium Course in Phoenix, Arizona. Yes, this is the hole that every year is surrounded by thousands of raucous, over-served fans who cheer and sneer every shot hit by every professional for four solid days. It has become a happening. This is the hole that Dan Schroeder, on Thursday, September 27, brought to its knees by scoring a hole in one. Dan was playing the forward tees and said his shot was about 105 yards. He chose a pitching wedge for the shot and all three playing partners Tom Gustafson, George Martin and Jerry Edwards swore that his ball found the bottom of the cup. It was Dan’s third hole in one and he was not the least bit upset that the crowd took the day off!

Not to worry there is more to this story. Dan was a key member of the committee that organized this three-day golf outing for sixteen of his golfing buddies from SaddleBrooke. It was truly perfect. Thursday, the last day of the outing, was the individual competition and some of the larger prizes were there for the taking. Yes, Dan’s hole in one significantly increased his overall participation in the prize pool. Congratulations one more time and, by the way, we all thank you for sharing your joy with your friends.