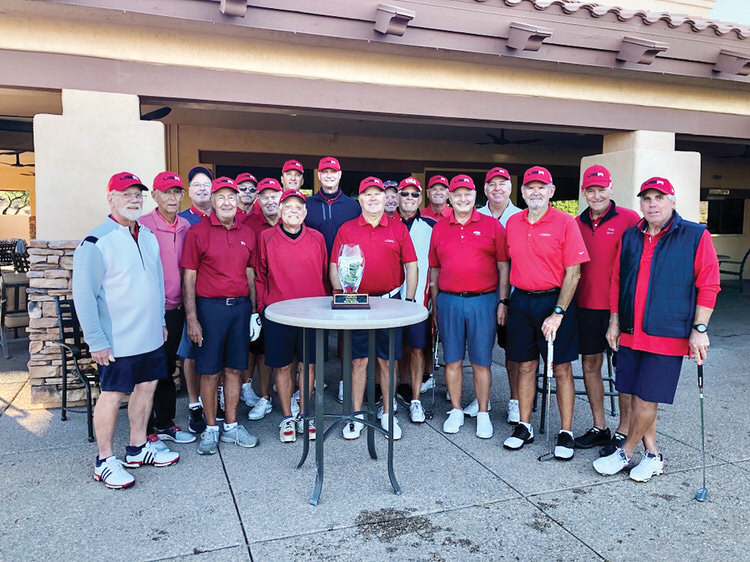 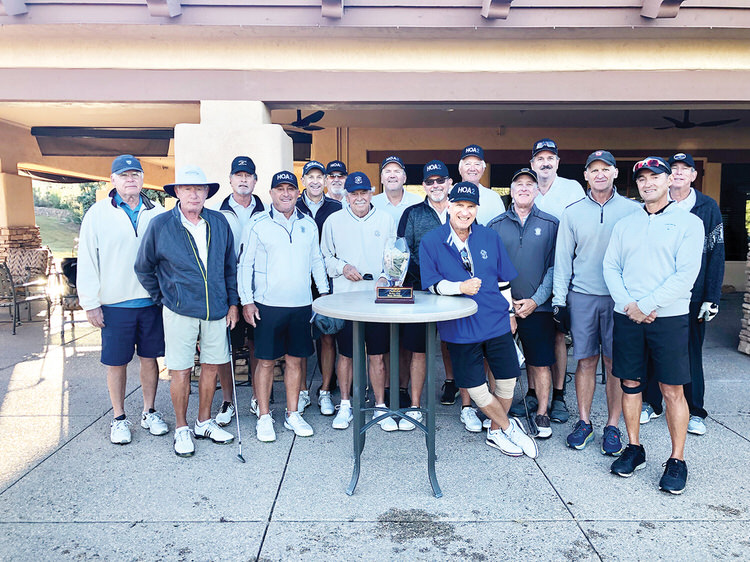 Spurred on by the terrific American victory in the late September Ryder Cup, the 18-hole men’s leagues from SaddleBrooke One and SaddleBrooke TWO went head-to-head in the annual SaddleBrooke Ryder Cup challenge. The two-day event was held on Nov. 1 and Nov. 4. At the end of day one, played on the SaddleBrooke course, SaddleBrooke One players had a slim, 1-point lead, but on Thursday, the SaddleBrooke TWO golfers, playing at MountainView, flexed their muscles and ended up winning the event by a score of 17-1/2 to 14-1/2. Lunch and the cup were awarded at a luncheon in the Agave dining room.

Members of these teams were:

A special thank you to Jane Chanik and Matt Hudson, the golf pros at Saddlebrooke One and TWO, for their hard work in helping to organize this event, as well as the Food and Beverage staff of the Agave for an enjoyable, post-cup gathering.