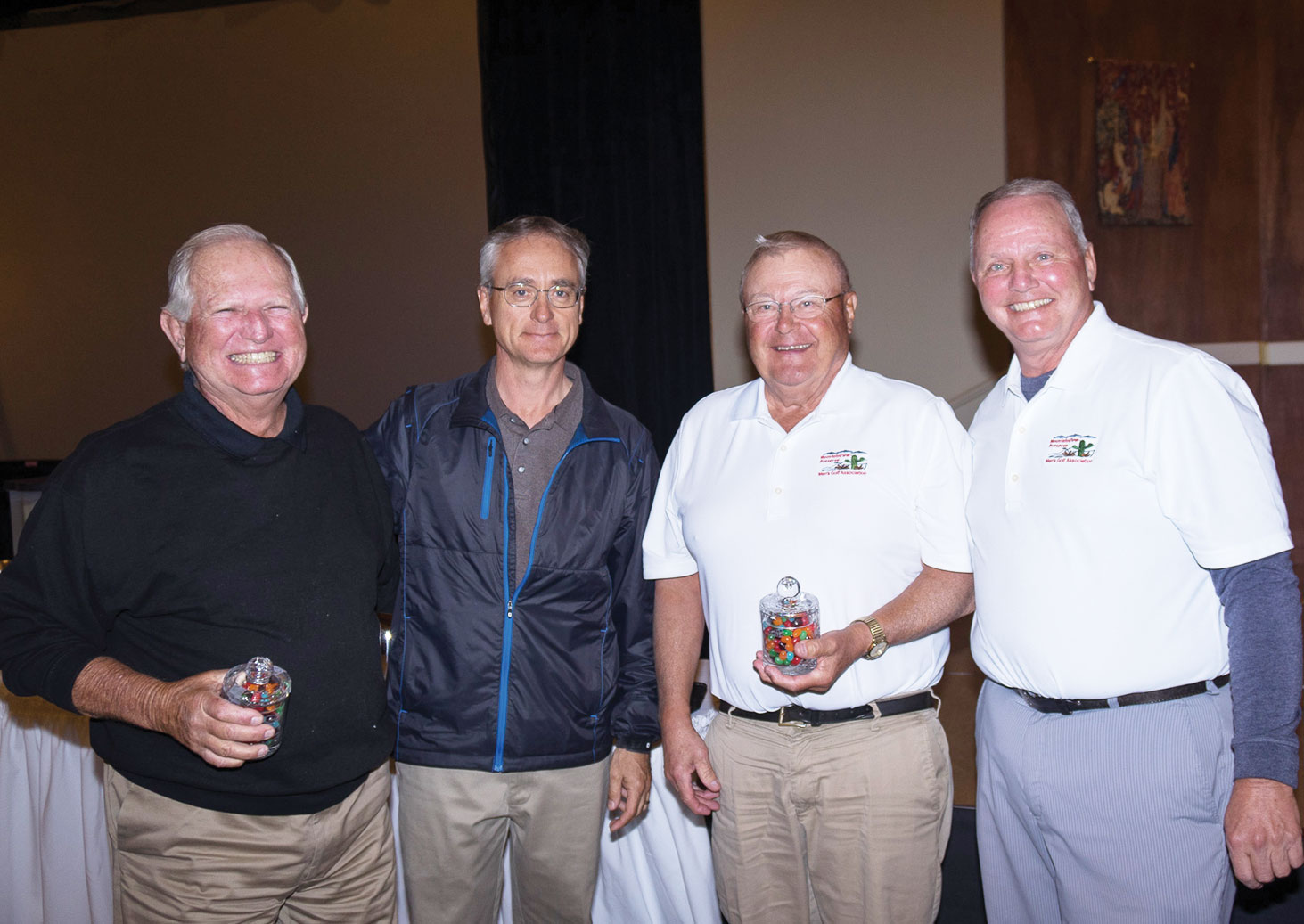 Every year the MPMGA schedule of tournaments includes the Member-Member Match Play and this year 58 two-man teams grouped into seven flights competed for the championship. Play began on the third of March at the Preserve Golf Club and the planners were hopeful that all matches would be completed and a champion determined by the luncheon meeting scheduled for March 31. Guess what—it happened! Our tournament is a single elimination event with a slight twist. Those teams that lose in the first round create a consolation bracket in their same flight and are given another chance to compete for prizes. It’s a good deal. Flight winners compete in a sudden death playoff and the last team standing is the champion. By the way, to win the championship a team usually needs to win five consecutive matches.

Okay, are you ready for the good stuff? The 2016 Member-Member Match Play Champions are Steve Bender and Mark Connell. In a very tight final match they bested the team of Dave Jones and Mark Kunnen 2 and 1. Congratulations, Steve and Mark, for great play in all your matches and of course, for being the new champions. Not to worry there is much more good stuff. The other flight winners are Mark Hojnacki and Bruce Fink 1 up winners over Mick Borm and Al Bolty in Flight 1, Don Erickson and Rick Cole winners over Bob Edelblut and John Stevenson in 21 holes in Flight 2, Dennis Halsey and Kirk Goodwin winners over Phil Gray and Bill Hammond 2 and 1 in Flight 4, Tom Winch and John Kraus winners over Art Walsh and Steve Garceau 2 and 1 in Flight 5 and Len Raab and Colin Barnard winners over Ron Victor and Bob Long 4 and 2 in Flight 6. As you can see most matches went down to the wire before a winner was determined—great competition and good fun. And once again, a special thanks to all who worked so hard to make this another super event for the MPMGA.