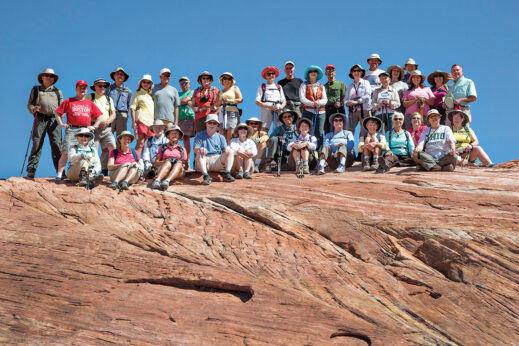 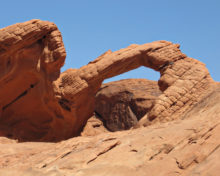 The Arch at Valley of Fire State Park; photo by Sue Bush 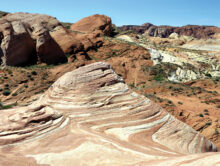 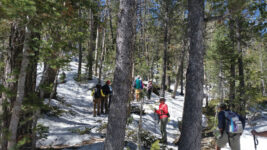 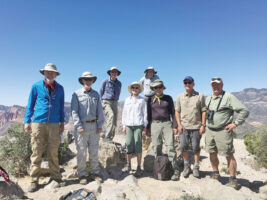 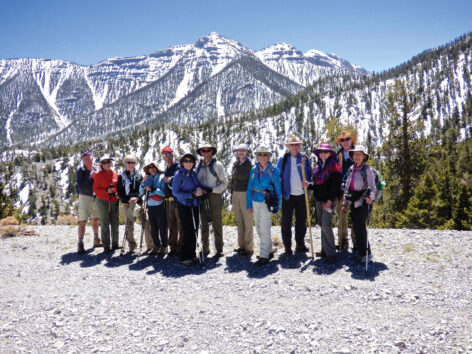 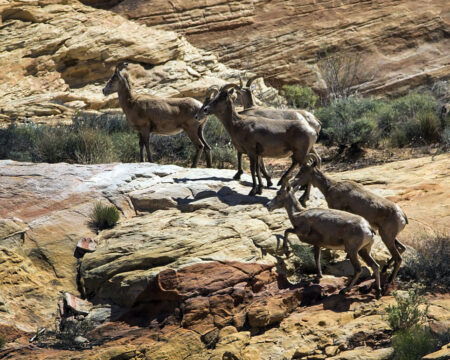 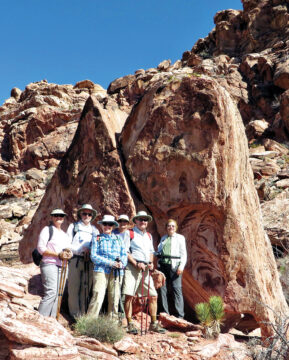 Some 65 members of the SaddleBrooke Hiking Club and a few guests traveled to Las Vegas in April for the 2016 annual hiking trip. They encountered a variety of hiking conditions from two feet of snow in the mountains to beautiful desert trails around gorgeous red rock formations. Anyone who thought the Las Vegas area lacked beautiful scenery was pleasantly surprised! The areas hiked included Red Rock Canyon, Mt. Charleston, Lake Mead and the Valley of Fire. Some trip highlights included:

* A group of 30 hikers led by Elisabeth Wheeler encountered two to three feet of snow at the beginning of the Bristlecone hike on a north facing at 9000 feet elevation. They expected no snow. Undaunted, the group soldiered on and completed the hike with the snow receding after three miles into a six mile hike. It was one of the most memorable hikes in the club’s recent history.

* At Valley of Fire State Park a group of 39 hikers led by Dave Sorenson got a chance to view petroglyphs, white domes and a fire wave. The park has been the site of many westerns and television shows. On the road between hike segments, the hikers encountered a group of magnificent bighorn sheep. Another highlight was the fire wave with its multi bands of red, purple and beige colors.

* At Ice Box Canyon in the Red Rock Conservation Area hikers, led by Rob Simms, explored a narrow, steep, high walled gorge where the canyon sides go up hundreds of feet. They stepped around water pools, rock hopped and climbed around and onto car-sized boulders to reach the canyon end where they found a seasonal waterfall cascading down the cliff face into a remote pool – a nice reward for their efforts!