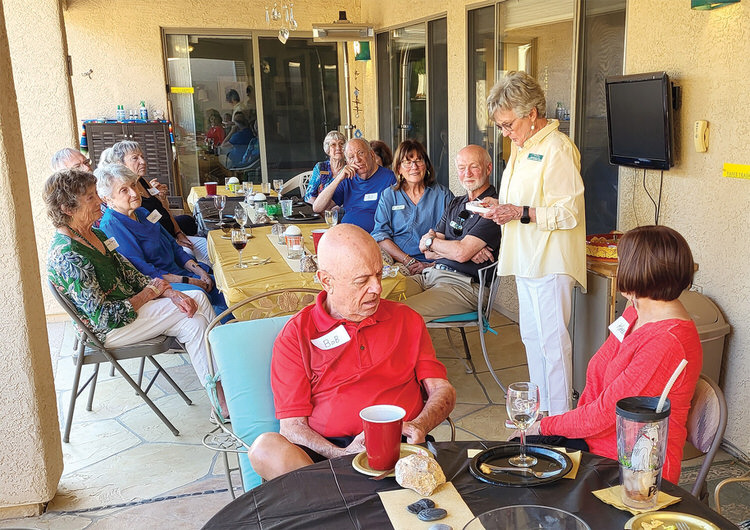 Patricia Smith read instructions on the “Dove Egg Hunt,” that the guests were invited to participate in before the potluck started. After the hunt for pieces of paper, which had snippets of past writings of the members, the fun began. Each member read the poem he or she had found, and the guests had to guess who wrote which one. Almost everyone was able to guess the author. There were 26 members and guests attending the lavish potluck dinner hosted by John and Patricia Smith. All agreed the event was a huge success and hope to have more gatherings like this in the future.