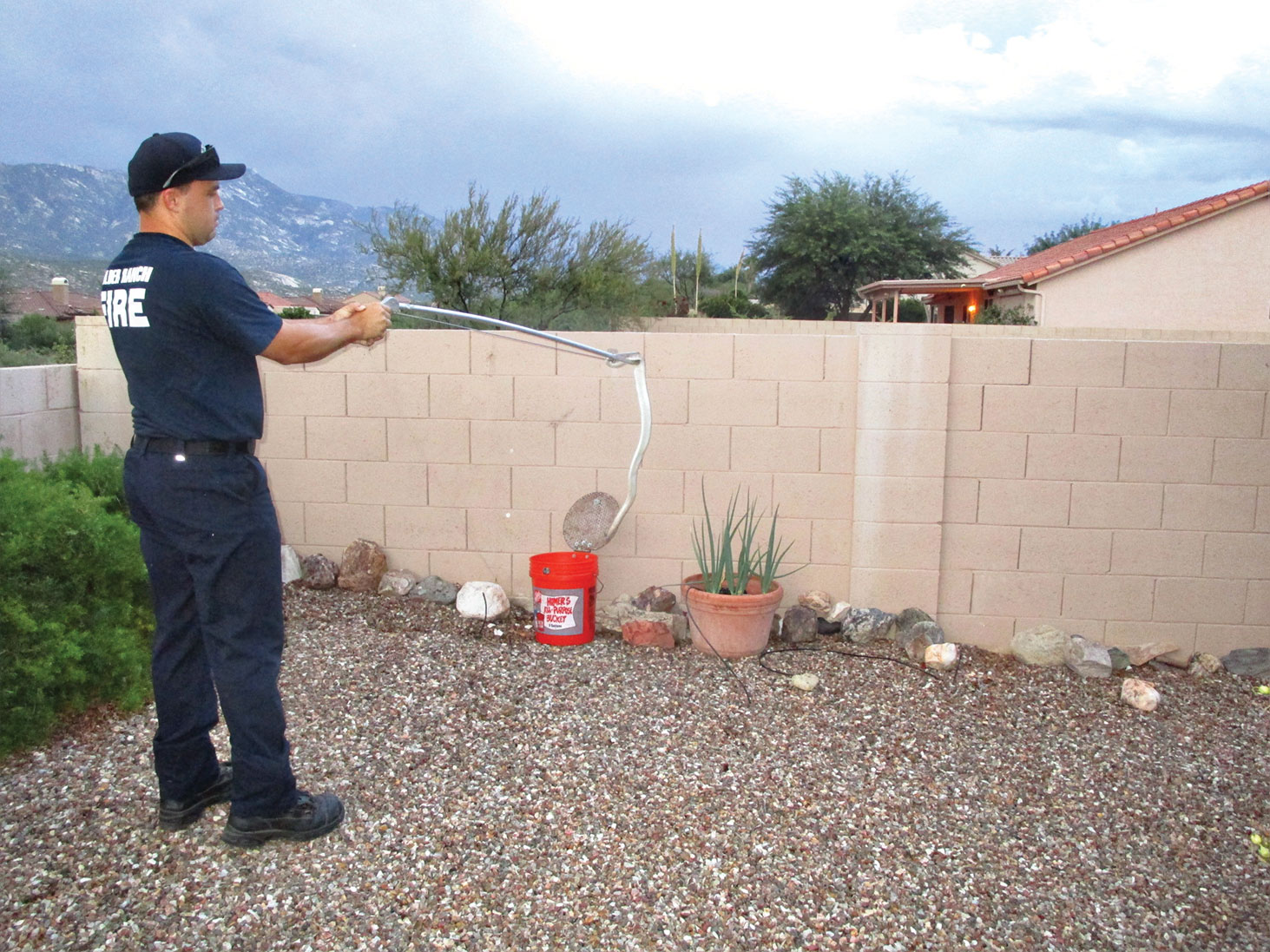 On September 2, 2018 I was watching the thunderstorm in my backyard when I heard the unmistakable rattling.

I jumped back to see a rattlesnake curled up and giving me a friendly warning. I opened the sliding doors to our bedroom and asked my wife Jeanette to call the Golder Ranch Fire Department as I went to get my camera.

She asked what number to call and I told her 911. They will direct the call. Then I went to keep an eye on the rattlesnake to direct the firemen when they came. The snake stayed curled up for a long time and then unwound and started south along the back wall. It was probably headed back out from the way it entered our backyard. I kept snapping pictures and was able to estimate the snake was about five feet in length. It was keeping a wary eye on me and I was doing the same. It stayed along the wall going behind planters, a rose bush, an oleander bush and then into a huge fern where I thought it would stay. I was wrong. It poked its head out and was headed west toward the gate that it probably entered to saunter into our backyard.

About then two firemen from Golder Ranch Fire Department entered and I showed them where the snake was.

Garrett Alexander and Denny Hawkins quickly had a long snake catcher pole around the snake’s neck and the snake dropped into a bucket.

I asked permission to take pictures so I could write an article to tell other SaddleBrooke residents what to do when they find a rattlesnake, or any other snake, in their backyard or on their property.

Do not try to kill the snake; call 911 or the Golder Ranch Fire Department. They will remove the snake and release it out in the desert far, far away.

I wanted to watch the thunderstorm from my back fence and the rattlesnake was polite enough to let me know it had visited my backyard and did not want me to come any closer.

Thank you, Golder Ranch Fire Department and Garrett and Denny.