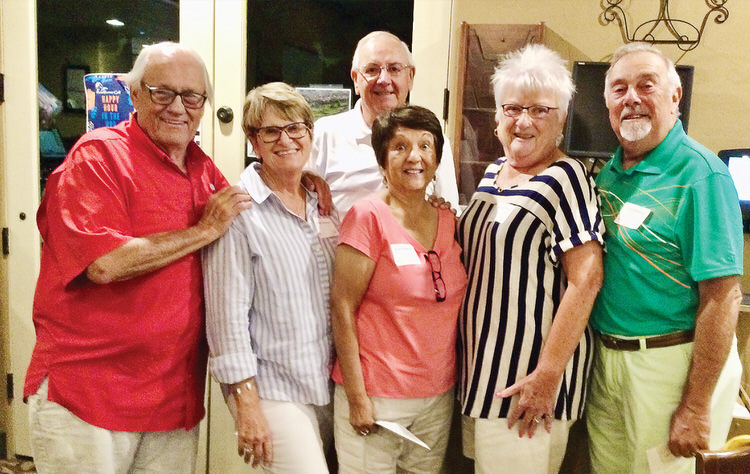 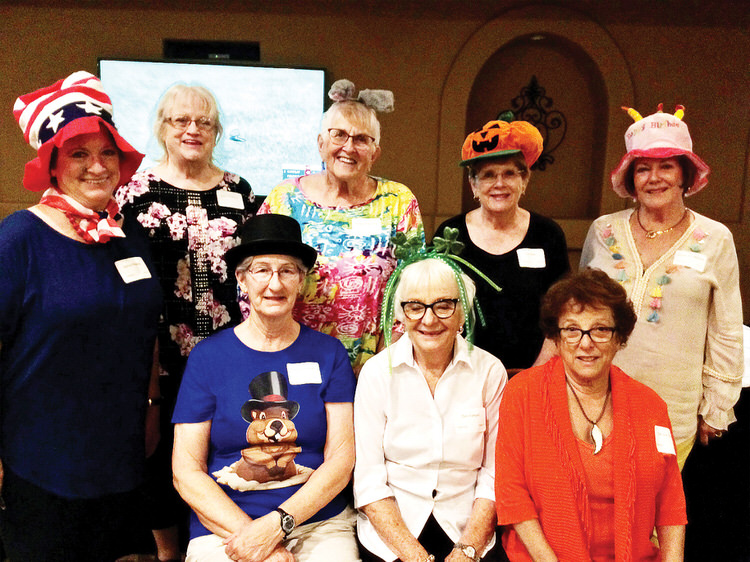 The ever-popular indoor Summer Fun Putting Challenge returned to the lower rooms of the clubhouse on Sunday, July 31, with a “Happy Holidays” theme for nine holes. After checking in and some liquid courage from the no-host bar, the games began at 5:30 p.m. in the Bobcat and Coyote Rooms.

The games varied from a Fourth of July dice toss to Pin the Tail on the Donkey, Coin Plinko, Puttin’ Through the Punkin’ Patch, Stuff the Turkey cornhole toss, Mardi Gras putting, Puttin’ Down the Easter Trail, and some target practice at Whack-a-Mole. Some of the games required skill, and some were just blind luck, like the Plinko game and the popsicle stick draw. Each player had three tries to score or get an automatic 4.

After much cheering and many groans at missed putts, the teams enjoyed a delicious dinner of rigatoni pasta with a choice of alfredo or marinara sauce, meatballs, garlic bread, salad, and an ice cream sundae bar for dessert. Then came the big announcements of the winners. The team results were as follows:

First-place winners, with an average score of 21.66: LaVonne and Dick Ashwood, Rose and Warren Anderson, and Helen and Steve Bellacqua

A sincere thank you to the dedicated committee team for the success of this event goes to Elaine Ackerman, Joni Campel, Jan Deer, Joanne Fairweather, Debbie Flato, Donna Gruninger, Jean Matheson, Ginny Porteous, and Sylvia Prokop. The group had a great time planning the event and have even more ideas for next year. Sputters are a great group of ladies who, while they prefer to have a good day on the putting green, still really enjoy the camaraderie and laughter while sinking those putts. If you have an interest in joining this fun group, contact Opal Larkin at [email protected] or Judy Loritz at [email protected]