During October, Unit 3S held a Chili Party at the Road Runner Grill. Besides the 50-50, discussing summer travel adventures, we had the honor of meeting new residents who moved to SaddleBrooke this summer. A warm welcome to our new residents from everyone in SaddleBrooke. 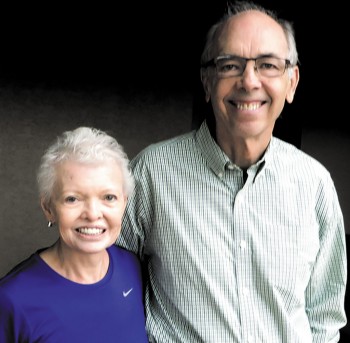 The Walkers just moved from Bloomfield Hills, Michigan, during September. Starting in the early ‘80s, the Walkers began touring the West with their trailer and young son. On their tours, like the rest of us, they fell in love with Arizona’s landscapes and beauty – including SaddleBrooke, and now Unit 3. 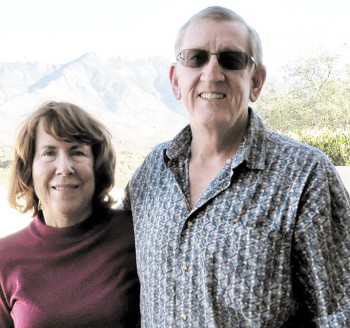 Debbie and Bob are from Santa Ana, California. The Dahl family, Unit 8, introduced Debbie and Bob to SaddleBrooke. They met while working at an insurance firm in Los Angeles. Debbie is an aspiring Master Gardener and she is enjoying desert landscaping. 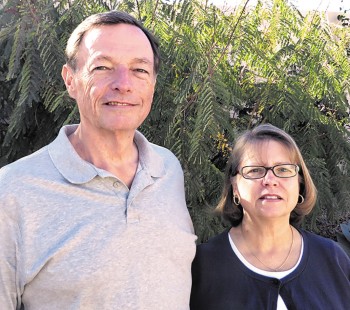 Ben and Nancy are from Charlotte, North Carolina, and bring their southern accent with them. It’s easy to pick them out in a gathering. The Smiths followed their son and daughter-in-law to Tucson; Nancy believes grandkids are on the way. Ben is a retired attorney and has new lawyer jokes to tell at the next Unit 3S party.

November 1, 2015 was Unit 8’s annual Golf Cart Rally and Social. For the rally, teams of a driver and navigator drove their carts on a specific route around Saddlebrooke by following written instructions given as clues. This is somewhat like a scavenger hunt except items are not collected. Instead points are given for correct answers to questions related to observations made along the route. The fun event emphasized the correctness of the answers and not the time it took to complete the course. The course and questions were designed by Sue and Jim Opeka.

Later, Unit 8 residents gathered on the Saddlebrooke No. 1 Tennis Center patio for a “Dogs and Beans” dinner party and for the announcement of the rally winners. The hot dogs and the fixings were prepared by Brian Santillo and Diana Wilson. Guests brought appetizers, side dishes and desserts to complete the meal. 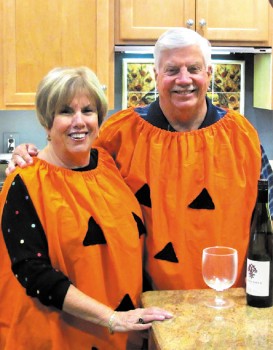 Jeannie and Jack Hepner in costume at the October Snack and Chat. Photo by Ron Talbot.

Our part-time residents have mostly returned and the social activity in Unit 27 has picked up again after a typically quiet summer. Our October Snack and Chat was held on October 17 and appropriately featured a Halloween theme. Attendees were encouraged to wear costumes; and many did get in the spirit and came in costume, including the hosts, Pam and Don Barsness. The hosts presented a special surprise for the guests: Unit 27’s Chuck Aurand and his German band played some Octoberfest music for everyone.

Karen and Roger Spalter hosted the November Snack and Chat on Saturday, November 14 rather than the typical Friday date. The event began at 5:00 p.m. rather than 5:30 p.m. so as to allow some residents to attend the Snack and Chat as well as a show at Desert View that evening at 7:30 p.m. The change of date and time did not seem to detrimentally affect attendance, which was quite good and filled the inside and outside of the Spalter home. As usual, the food was plenty and tasty. People were humorously pointing out the seeming abundance of weenie plates in various presentations; but most all the food was eaten by the time the theater-goers departed.

In between the Snack and Chats was a Dine Around on November 11 arranged by Janie Grinstead and Fira Stout. This time it was held at Cayton’s Burger Bistro at the Ritz-Carlton at Dove Mountain. As the evening was chilly, our party of 25 was seated in a very nice room that perfectly accommodated the group. The service was very good, as well as the food, which was typical of a golfing bistro. Some of the group started the evening at the Ritz-Carlton’s outdoor lounge to see and hear the native flute player. The performance occurs daily and is always very interesting and moving.

Rich LaRosa has continued his coordination of the monthly Unit 27 Bocce Ball events, but would like to turn over that role to another unit resident. Hopefully, someone will step up and volunteer, as it has been a rather popular Unit activity.

For information on other unit events, contact unit Social Chair Ron Talbot or his “better half,” Jan.