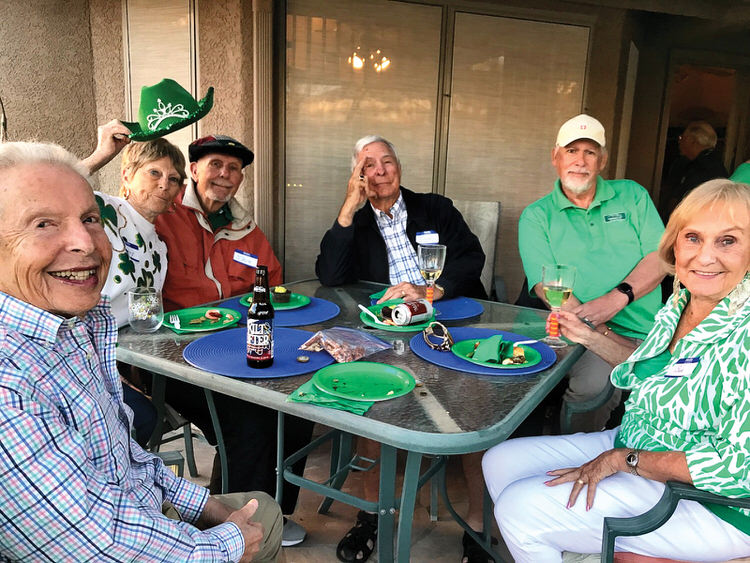 St. Patrick’s Day always calls for a night of emerald merriment in our unit. Linda Gray and Frank Buck love to host this special evening for Unit 17 on March 17, and such a great time was had by all!

The annual St. Patrick’s Day Party featured appetizers, entrees, Irish goodies, and desserts galore. Neighbors made sure that no one left hungry. I think the rule is that you have to try one of everything!

Next up is the Unit 17 annual Spring Fling, which will take place on Sunday, April 24. Residents need to RSVP by April 15 to attend the event! Spring Fling will be held at the SaddleBrooke One Activity Center, and we will kick off the party with outdoor games beginning at 4 p.m.

There will be a $5 per person charge for the party. The event includes an array of homemade chili with numerous toppings, a baked potato bar with a wide range of toppings, cookies from the Stoney Flower Bakers, ice cream, beer, soft drinks, water, snacks, and even local comedian Ken Mariah! Wow! What a Spring Fling! 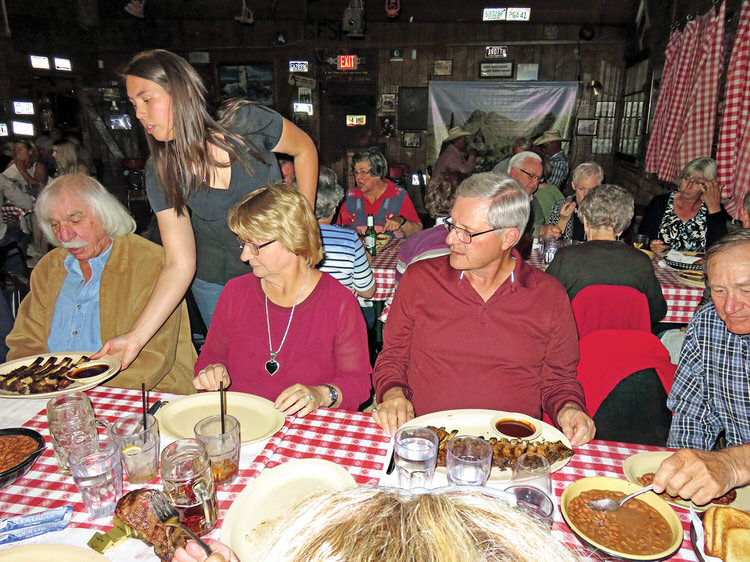 The monthly golf scramble organized by Phil Doyle has proven to be very popular with Unit 27 residents, and the March event was no exception. The fun began at the golf course on the afternoon of March 21 and was followed by a post-golf party and award ceremony at the home of Pat and Ted Olson. Non-golfers fit right in, and one of the awards is for Most Valuable Putter (MVP). This month’s MVP was Jeannie Hepner. Other awards went to Ron Bouchard, Shot of the Day; Eileen Depka, Closest to the Pin for Women; and Dave Field, Closest to the Pin for Men. The winning team, with a score of 33, was Randi Roberts, Eileen Depka, Fira Stout, Dick Schommer, and Phil Doyle. Congratulations to all!

Although it was a cool start when the golfing began, it became sunny and less windy in time for the patio party at the Olsons’ house. A few inside tables were also provided for those who hadn’t thawed out yet. Food was plentiful, with many different options, and, as always, the awards ceremony was quite a hit. There will be one final golf scramble in April, and then the monthly event will restart in the fall.

Unit 27 residents moseyed on down to Li’l Abner’s restaurant on March 22 to Dine Around in a chuckwagon setting. Wonderful smells emanated from the smokers cooking ribs off the patio, and the servings of ribs alone covered the entire plate! Same with the steaks, which got rave reviews. In addition to the meat entrees, the restaurant provided an unlimited supply of Texas toast and beans. Lots of doggie bags took home leftovers. As always, Fira Stout organized this Dine Around, for which we thank her.

Preparations are underway for the Unit 27 Block Party, which will be held on April 23. Many types of activities, including a golf cart decoration contest, are being planned, and Lynda and Joe Dolejs are once again planning to bring their humongous margarita maker. Hear, hear! 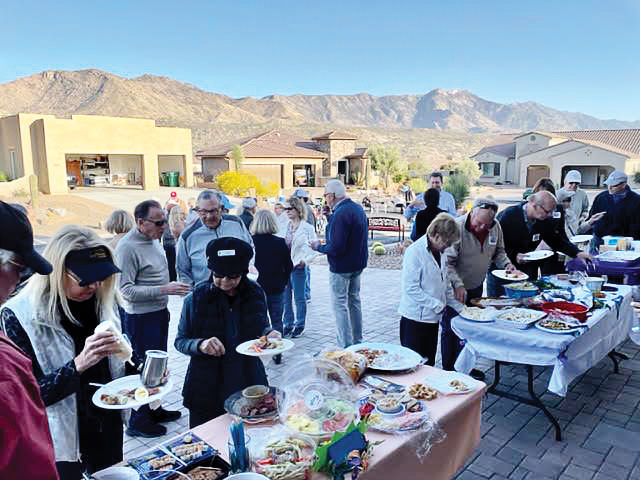 Rockin’ the Night Away in the Preserve

Residents of Unit 45 ushered in spring with a block party featuring the music of Chuck Moses. All the neighbors on Borago Court, with several other helpers, organized the fun event. A windy day and below-normal temps didn’t hamper the festivities. Over 70 residents shared lots of tasty snacks and desserts, danced to Chuck’s music, played cornhole, and generally had a good ole time. 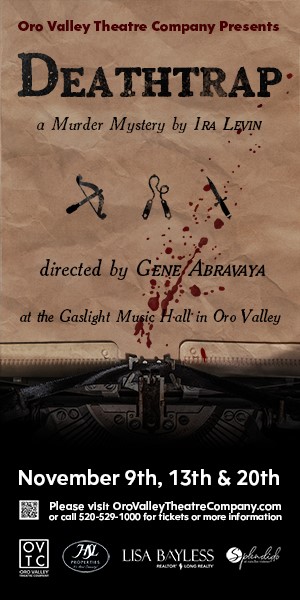