On a beautiful Sunday, Jan. 31, at The Preserve, Unit 49 held the finals of their year-long search for their next champion. In its eighth year, the 49er Cup tournament is patterned after the PGA’s own FedEx Cup. Beginning in February and each final Sunday of the month for eleven months players compete to gain enough points for a chance to win. The five top finishers have a leg up on the rest of the field just like the pros. This year’s top five in order of finish were Dennis Marchand, Roger Bedard, Lan Nguyen, Don Plapinger, and Tom Fitzgerald.

In the championship round Larry Vucovich snuck up on the field with a fine net 70 to finish first. However, Dennis shot a second place net 71 to come in second and secure the Cup. In pre-COVID days, the golfers usually gathered at a local restaurant to have dinner, laugh, and celebrate the awards, but this year a simple ceremony of passing the trophy on from last year’s champ Gayle Heaton was socially distanced. Now begins the run for the 2021 49er Cup and, hopefully, a few more in-person celebrations. 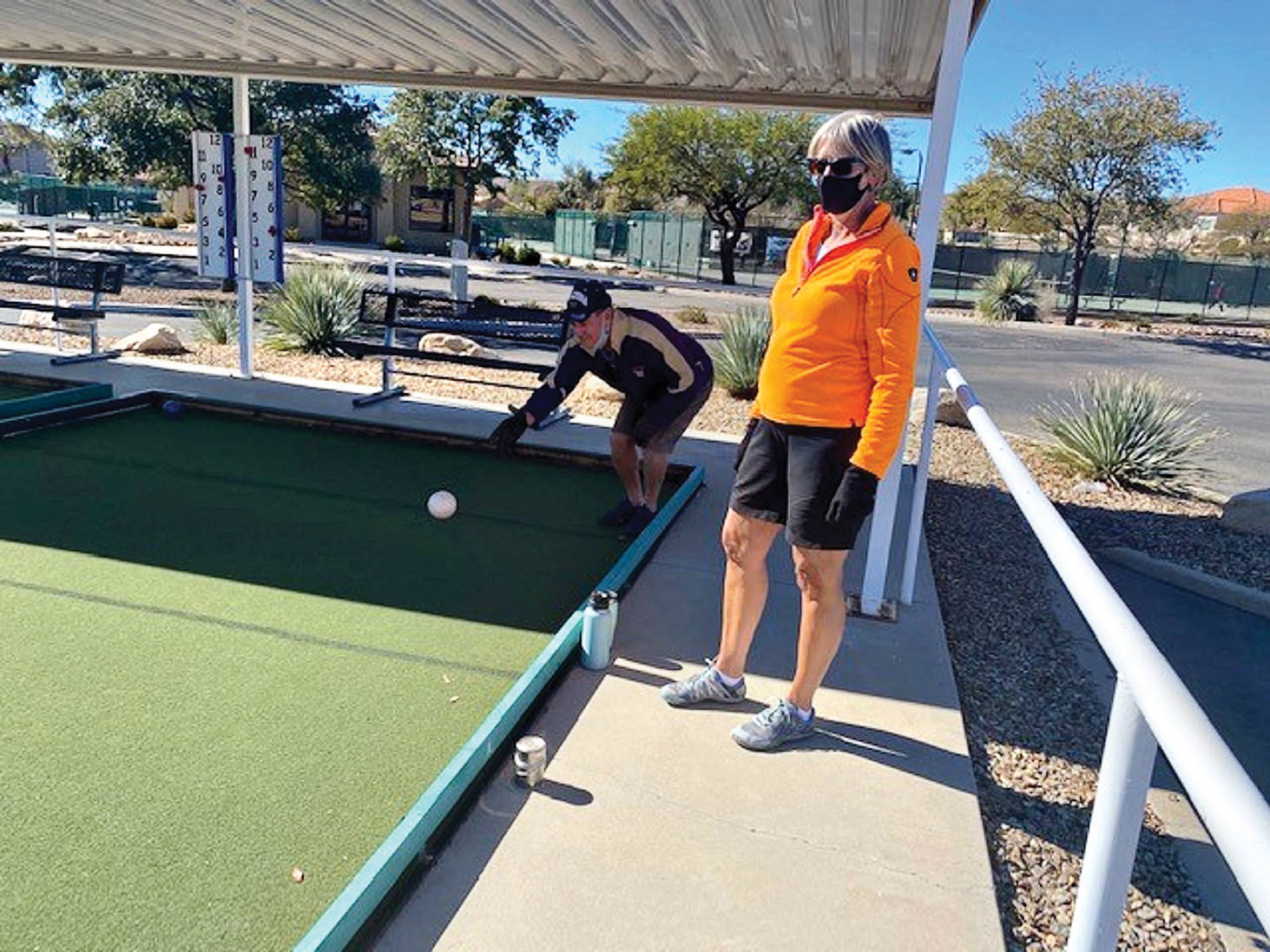 The SaddleBrooke Senior Village (SBSV) has done a wonderful service for SaddleBrooke and its residents by sponsoring and coordinating the logistics of getting COVID-19 vaccines into the arms of SaddleBrooke residents. SBSV has worked in partnership with our local pharmacist, Brianne Spaeth, owner of Desert Life Pharmacy. She has put in many hours, coordinating with Pinal County, the SBSV volunteers, and others to obtain the vaccines, and has most certainly proved the value of having and supporting a local pharmacy! Four Unit 27 residents have volunteered in the vaccination effort. Jeannie Hepner, who is a licensed RN, has been giving vaccinations at the pharmacy when needed, and also, along with other SaddleBrooke resident RNs and MDs, has been pre-filling the Moderna syringes for use in the Saturday drive up clinics. Jack Hepner has been calling those set to receive vaccines, as has Jan Talbot, who has also made home visits to ensure that everyone knows where and when they will receive their vaccination. Jan has also worked Saturday traffic control, as has Judi Wilkerson, who stood at the main intersection and made sure that those in the vehicle line were on the list to receive the vaccine. Many thanks to all of you!

Another volunteer for a good cause is Karen Erickson who is the Unit 27 coordinator for the SaddleBrooke Community Outreach 2021 Food Drive, which will help eliminate hunger in the Mammoth, San Manuel, and Oracle areas. Karen has taken on this role before, and we thank her for volunteering again.

Fira Stout finally got a group, albeit a small one, to play bocce ball on Jan. 14. Although the weather was cool and breezy, Fira, Kathy Plum, and John Gill, along with new unit residents, Janet and Doug Drake, hit the bocce courts for a few rounds. In this time of social distancing, it is nice to be able to participate in an outdoor activity such as bocce.

Ron Bouchard gives kudos to former unit resident, Rick Grinstead, who is a professional golf fitter. Ron says that Rick fit him for a putter, and thereafter, Ron had 31 puts and two birdies. He hopes it lasts!

Carol and Richard Merlini have been prepping their raised garden in anticipation of no travel this summer. Carol says they are learning from the errors and successes of last summer’s gardening efforts, and they are hoping for a bigger yield this year. They also continue off-roading and golf.

Jeff and Eileen Depka took a two-week trip to the Florida panhandle to visit Jeff’s sister and husband in early February. They enjoyed the trip even though it rained or was overcast every day. They did some sightseeing, shopping, walked on the beach, saw a tribute show, and played cards. They also took a side trip to New Orleans. Although there were no Mardi Gras parades, they were able to sightsee and eat local Cajun food. Jeff says they were impressed that everywhere they went, people were being good about social distancing and wearing masks. He also acknowledges that they were glad to be back under Arizona’s sunny skies.

When not vacationing, Eileen Depka is an educational author who has written several books on topics useful to teachers. Her publishing company surprised her recently with a copy of one of her books that was recently translated into Chinese. An internationally published author, no less. Very impressive!

Finally, unit resident, Tammy Swanson, shares that she recently read a lengthy, but well written piece entitled “The Back Nine,” which she encourages others to read. In its essence, it urges everyone to treat life as a gift. Thanks Tammy.