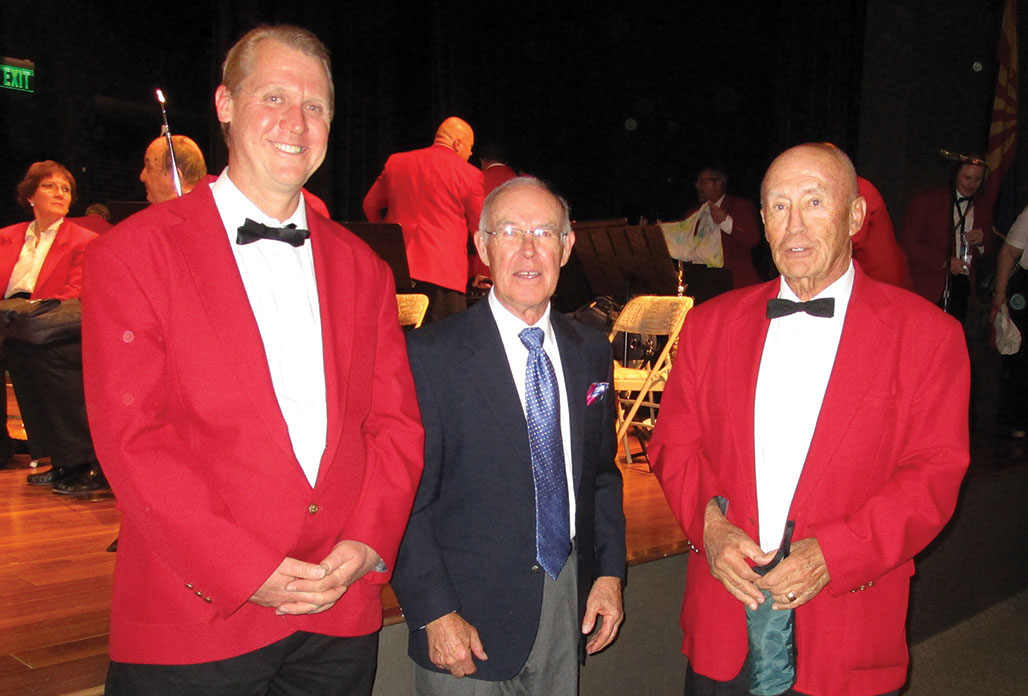 Tucson Concert Band held a special concert on Saturday, January 24 at DesertView PAC. The band is in its 49th year being founded by Howard Beaver in 1966. It is a community concert band of volunteer musicians from 18 to 80. The director is Lorelei Allison Conrad, LCDR, U.S. Navy, retired. She enlisted in the Navy and later became the first female Bandmaster in the Navy.

The concert entitled Wild Things from the Stage and Silver Screen showcased music from Broadway and the movies with selections from West Side Story, King Kong, Star Trek and Jurassic Park. Along with the performance of many of the selections were videos that had been prepared by Jim Van Brocklin, resident of SaddleBrooke, who was also playing in the trombone section. Another SaddleBrooke resident, Jason Nofsinger, played in the percussion section. Special guest conductor for the performance of Jurassic Park Soundtrack Highlights was SaddleBrooke resident, Edwin Sand.

The concert was well attended and the audience was also treated to an outstanding performance by Toru Tagawa, violinist and conductor of the Tucson Repertory Orchestra, playing the theme from Schindler’s List. Also performing was Susan Walker, piccolo soloist. The concert concluded with the ever popular Stars and Stripes Forever by John Phillip Sousa with video of various SaddleBrooke activities and residents.