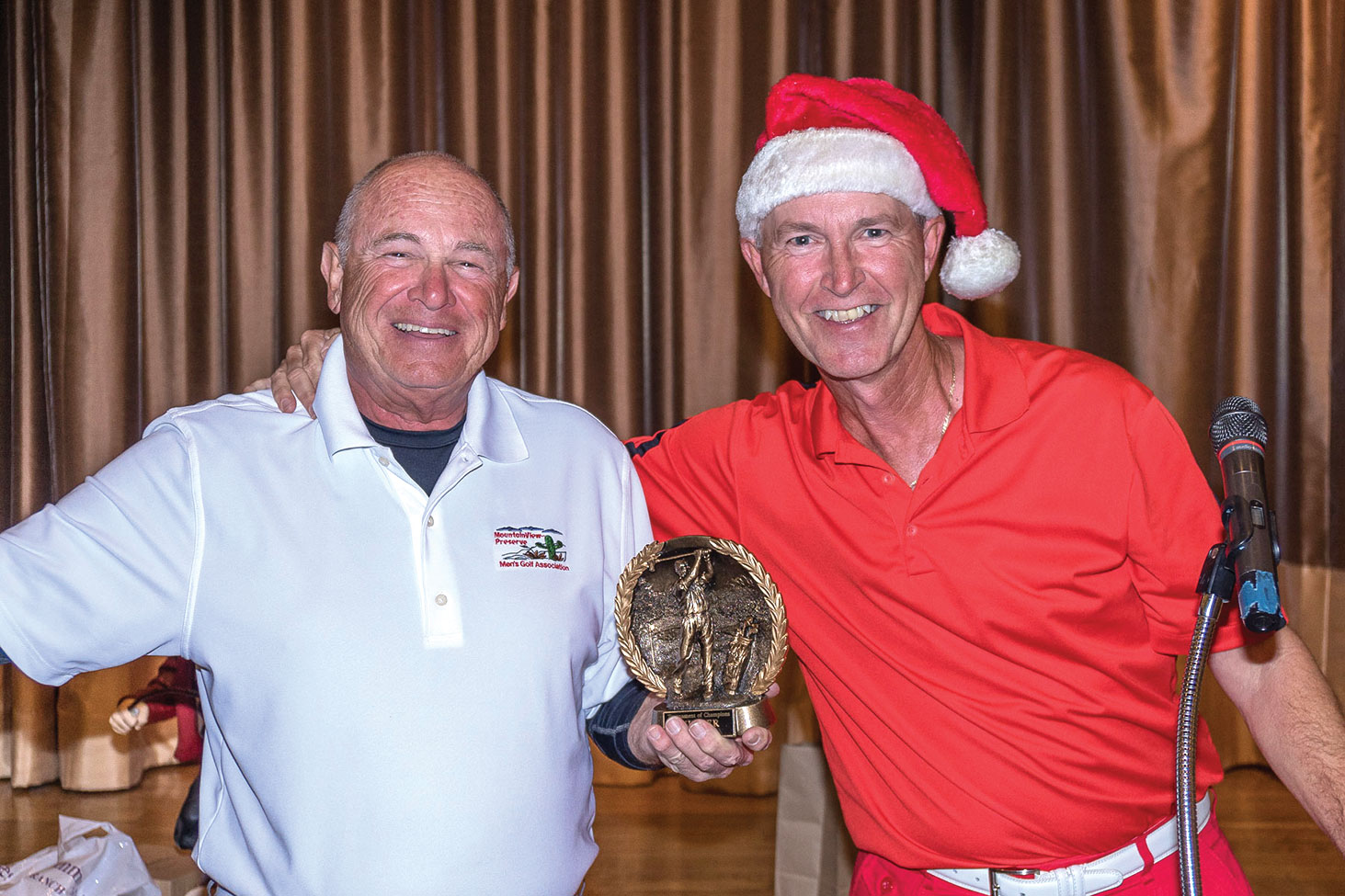 The Tournament of Champions is one of the relatively new additions to the Men’s Club portfolio of special tournaments. It was created with a single purpose in mind—to enhance the golf experience for the members of the MPMGA and by all measures it has been a major success. The TOC event is played in November and there is no limit on the number of members who can qualify. Seventy-eight players accumulated enough points to participate in the event and a large number of those actually braved our late November weather to compete for the title. The Men’s Club runs regular weekly tournaments every Thursday using either The Preserve Golf Club or The MountainView Golf Course. The vast majority of our weekly tournaments are flighted and in those events where the round is postable all flight winners are awarded points. When the events are not flighted points are awarded to the overall winner. The formula is simple—win four points during the year and you are a qualifier! By the way, it is not really as easy to qualify as it might seem.

Okay, it is now time for the good stuff. The 2015 Tournament of Champions winner is Mike Harris. Congratulations for a great round! Mike’s handicap at game time was 22 and he will most definitely tell you that all the stars were shining brightly for him on this day. His gross score was 84 and after adjustment for his handicap he had a net 62. Congratulations one more time for a fabulous performance. Four others finished in a tie for second only one shot behind the winner and our praise must go also to Steve Bender, Ilaan Eisenberg, Bob Heaps and Tom Blong for their good play.