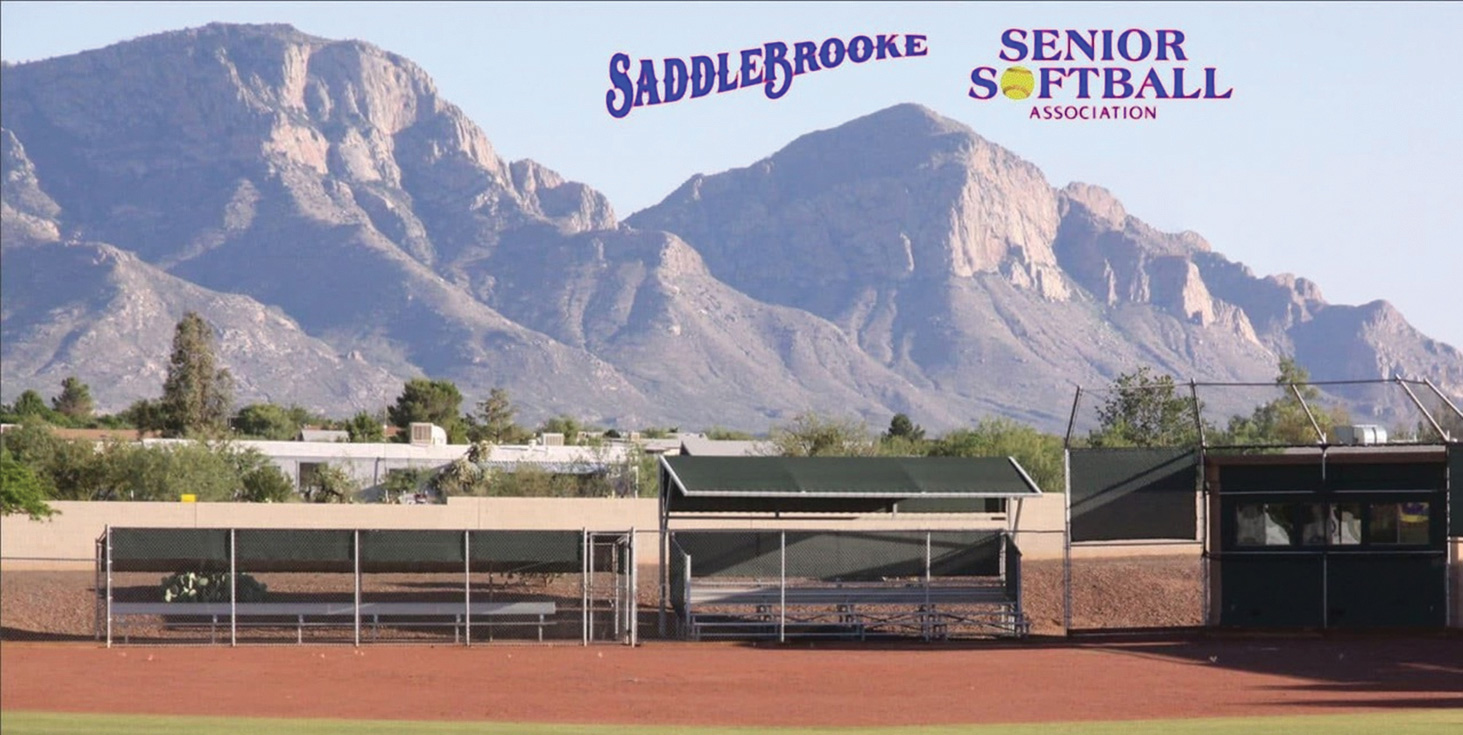 Thirteen men and women have been inducted into the SaddleBrooke Senior Softball Wall of Honor. The achievement recognizes significant contributions to the success of softball in the community since its founding 15 years ago.

Two categories were recognized: volunteer contributors and players, past and present. Their names have been added to Wall of Honor plaques displayed at the ballpark.

The volunteer contributors were selected based on long-term leadership in the softball association and management of major projects from field upkeep and improvements to day-to-day game operations.

Volunteer honoree Ed Cussick has been involved with SaddleBrooke softball for 14 years, serving as a manager, director, vice president, and president and still plays. While he notes it’s nice to be recognized, he says the real satisfaction comes from getting things done and seeing the league improve year after year. He says the league wouldn’t survive without its many volunteers.

Player inductee Larry Weber, who played for the early SaddleBrooke team starting in 1999 in Tucson before our field was built, is proud and honored that his fellow players think he is qualified to be on the wall, “I most appreciate all the people who keep this organization running, all the members who enjoy the game as much as I do, and the beautiful field we all get to play on.”

If you are interested in playing on one of the best softball facilities in southern Arizona or even watching your neighbors as they play, go to saddlebrookesoftball.com to learn more.