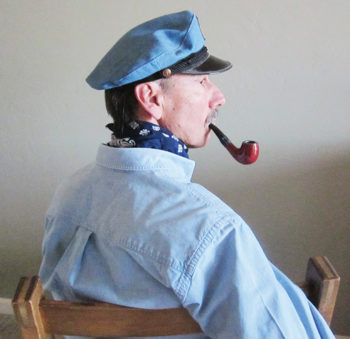 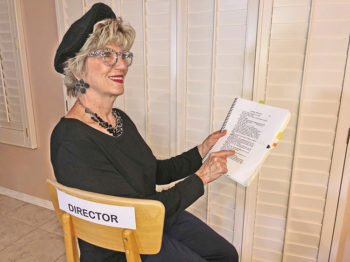 Start planning ahead for this fall! Community Circle Players’ (CCP) An Evening of One Acts will be produced November 13-19 and directed by five different capable community theatre enthusiasts. Because one act plays appeal to a wide audience, they are fun to present. If you don’t care for one or two of them, you will probably like the other five or six.

We all like to laugh and be entertained. With a collection of one-acts, a serious piece here and there, which will create memorable moments that can be thrown in, as Producer Shawne Cryderman points out.

Director Tim Morsani has been acting since he was old enough to carry a cap-pistol. He performed for his first significant audience when he was 15 and, thanks to some serious encouragement from his mother, has been at it ever since. Tim recently directed CCP’s well-received spring production of The Outsider.

Morsani hopes that the one-act format will bring new faces to the SaddleBrooke stage. As he puts it, “An Evening of One Acts has over 16 roles, and it would be wonderful if they were filled by 16 different actors.” Tim will be directing “I’m Herbert,” which is about two people beginning to show the effects of dementia. This comedy, written by Robert Anderson, will make you laugh out loud.

Connie Ward, a CCP veteran actress who also has extensive experience procuring props and sets, will be setting sail on her maiden directorial voyage with two of the one act plays: “1-555-HELP-ART” written by Luigi Jannuzzi and “Conversation 2001” written by Marcia Rodd. Thrilled to be a part of CCP’s upcoming An Evening of One Acts, Connie says, “This format is unique, exciting, and new to SaddleBrooke audiences.”

Ward reflected that over the past few years she’s been privileged to gain priceless insight into the brilliant directorial skills of Susan Shear, Shawne Cryderman, and Susan Sterling. Connie looks forward to getting her directorial career started. She hopes she can use her experience to inspire others and in turn continue CCP’s successful legacy.

Auditions for the CCP fall production, An Evening of One Acts, will take place on Sept. 14-15 at 10 a.m. in the MVCC Ballroom West. For additional information, contact Shawne Cryderman, producer, at [email protected]