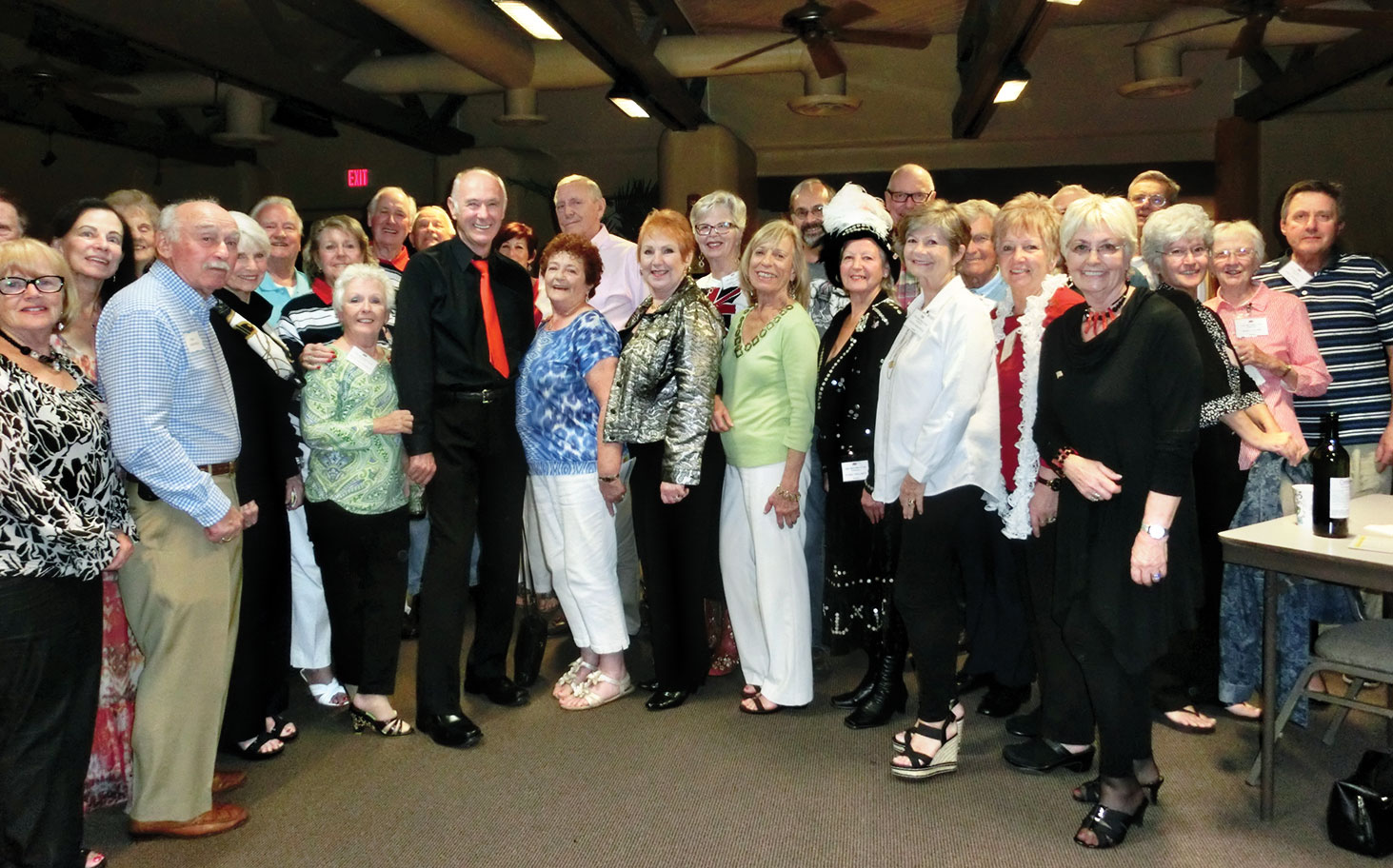 The British Club gathered to be entertained by Bernie and Red.

On Friday, March 20 members and friends of the British Club (fifty five in total), celebrated a Pub Night at SaddleBrooke Activities Center. They were entertained by Bernie and Red, one of the most popular comedy and music acts performing today. In previous years Bernie and Red had entertained on cruise ships worldwide; then in recent years performed more on land. They had appeared at the DesertView Performing Arts Center here in SaddleBrooke three years ago where they were met with an overwhelming, enthusiastic response from their audience. Originally from Liverpool, England they now reside in Canada and perform in different areas of the United States including Texas and venues in the Southwest. The event started at 7:00 p.m. and pub style snacks were served, chips and pretzels, to go with the BYOB provided by the audience.

The evening ended with a standing ovation and everyone was sorry to see the performance end. Everyone agreed it was a wonderful evening and thanked the Board and Social Committee for organizing another fun event for the British Club. They commented that they hoped to see Bernie and Red again next year!

Membership is open to any person who was born in Britain or The Commonwealth or holds or has previously held a British passport and is a current homeowner in either SBHOA1, SBHOA2 or SaddleBrooke Ranch.