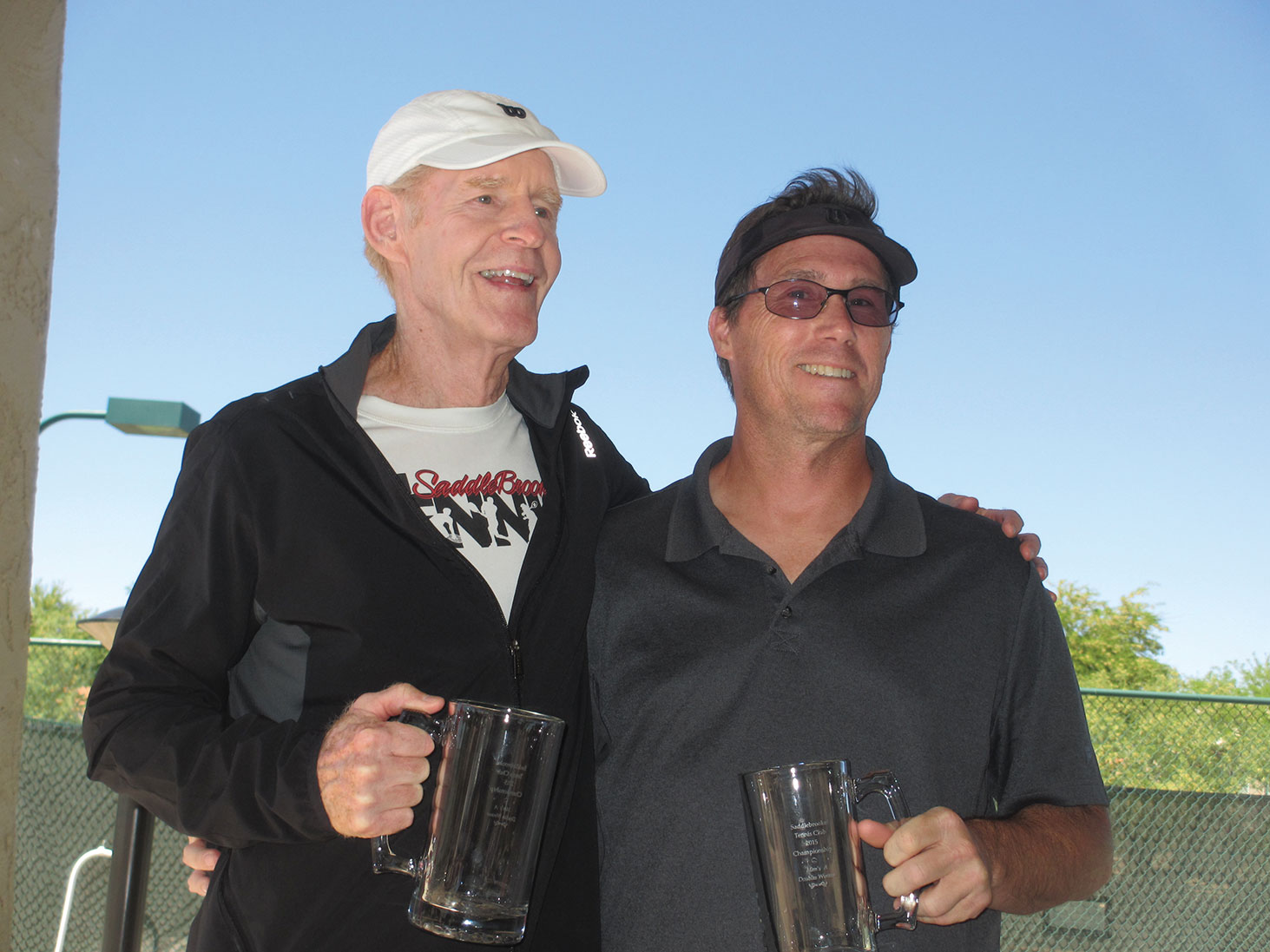 SaddleBrooke Tennis Club hosted its top players in the Club Championship finals, thus contributing to the long history of this important tournament. Annually the event has been advertised as the premier STC activity in the SaddleBrooke Community. For the second consecutive year the tournament’s volunteer coordinators were Joyce and Richard Wantuck (see separate article). This season, with the cooperation of the STC Board of Directors, they initiated significant changes to the format in an effort to emphasize doubles at all levels of the game.

Many members and guests filled the club’s patio area to witness the final rounds of play on Saturday morning. They were treated to club tennis at its finest followed by food and libation as well as an auction in support of the University of Arizona Cancer Research Foundation (see separate article).

The leading event was Men’s A Doubles in which new resident and new STC member Chris Madsen joined Teaching Pro Gene McGeehan to win over Bob Stocks and TJ Duffy. The successful team is shown in this photo with their trophies and their well-earned smiles.

Ladies A Doubles was won by the duo Debbie McGeehan and Brenda Harried while the Mixed A Doubles champions are Tina Huber and John Sochacki.

Applause and high recognition also belongs to these teams: Men’s B plus Doubles Richard Wantuck, Randy Zimmerman; Ladies B plus Mandy Leith and Marje Valenti; Mixed B plus Doubles Jim Abrahamson and Joyce Johnson; Men’s A 70 plus Craig MacPherson, Bob Stocks; Men’s B plus 70 plus Richard Wantuck, Joe Schullik and the champions of Age Combo 140 plus are Kathy Jensen, Craig Saunders. Check the STC website for any corrections to this list: saddlebrooketennisclub.net.

There are so many opportunities for members to play in the Club Championships. Every player can find the perfect game and ideal level to compete in the fun and excitement of tennis. Win or lose, all are champions at the SaddleBrooke Tennis Club.