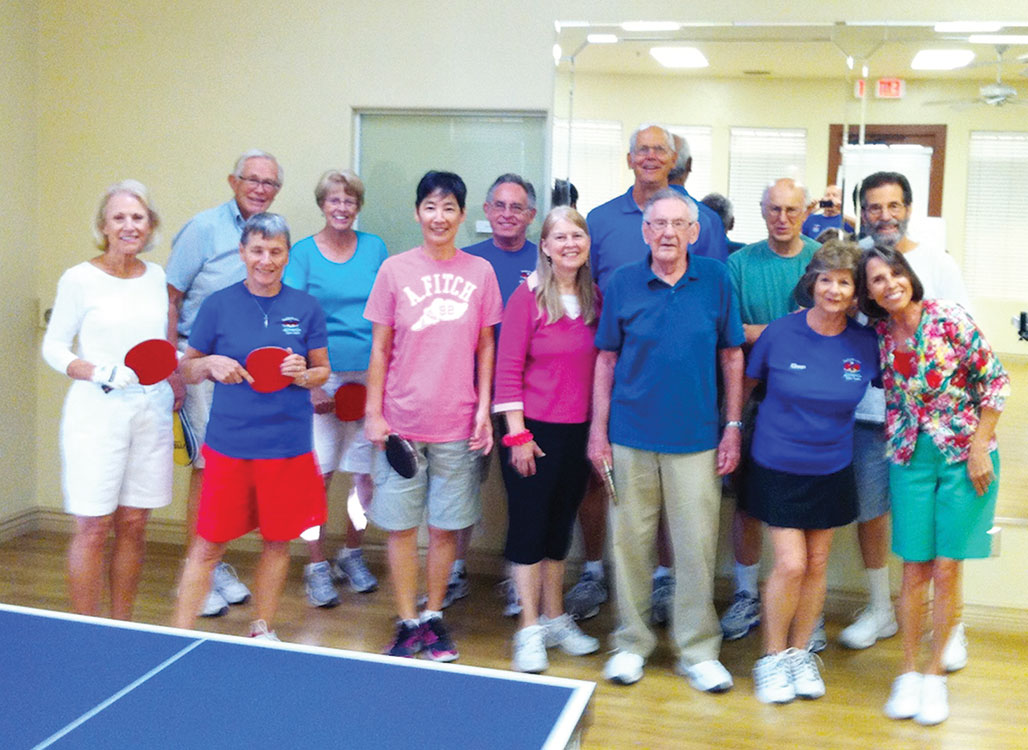 For all you readers anxiously awaiting the latest news regarding our lively club, the following narrative should quench your thirst.

First, our wild and crazy club had another rollicking party at the HOA1 Activities Center on October 10, 2014. Besides the usual plethora of delicacies, the entertainment was nonpareil. It was supplied by our hardworking Social Chairman Chris Borden; an understated and humble sort who it turns out is a gifted comedian. Chris was a legendary disc jockey in Tucson and later in San Francisco. He founded and developed an acclaimed disc jockey school in San Francisco. He was also a renowned producer, director and lecturer of travel films, sometimes giving talks to audiences as large as 5,000.

At our party Chris was a huge hit. His sense of humor, comic timing and delivery were very professional and truly hilarious. He should be featured at our DesertView theatre in the future: he’s that good! Also not to be minimized was the contribution of his lovely wife Shirley who ably assisted him from the audience with a very pertinent and cogent question. It was a genuine pleasure to witness such conjugal bliss.

Shifting gears, as a competitive club we also entertained the Sun City Vistoso Table Tennis Club at our HOA2 Fitness Center headquarters in a friendly competition on September 18, 2014.

Although it was great fun and a real nail biter, it is with solemn regret that I must inform you loyal readers that we were narrowly defeated, 10 to 8, a rather tragic loss begging for revenge in the future. We had four women and four men as participants.

Our club is now involved in inter-club matches with six other southern Arizona clubs. We have a newly formed women’s team and one of the goals of our club is to further develop their play, since some of them are new players but brave enough to enter competitions. Our men’s team continues to improve and has proven to be very competitive over the years. Joe Staker has done an excellent job organizing these competitions and Ed Mandler coordinated the Rancho Vistoso match. In addition, Ed Mandler and Marshall Carman subsequently competed in a more serious tournament, the Tucson Round Robin, and were competitive. Alas, however, they did not bring home any trophies this time to add to their extensive collections, especially Ed’s tie rack which is bursting with medals.