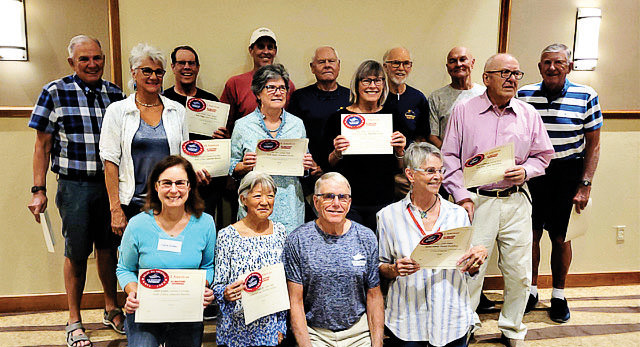 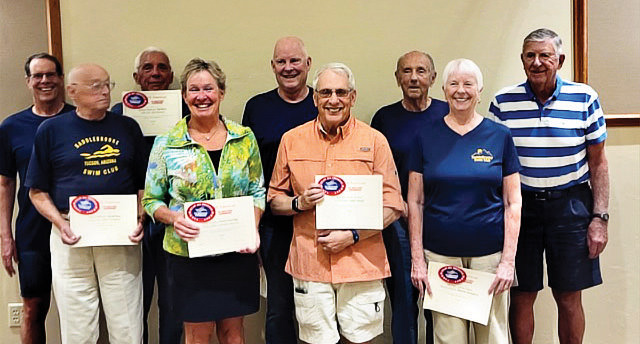 It’s not unusual for the SaddleBrooke Swim Club to produce several All-American swimmers each season, but the club produced a bumper crop of All-Americans during the U.S. Masters Swimmers (USMS) short-course-yards 2021 season. The USMS awards All-American status to individuals who achieved the national best time in their age group for an individual or relay event.

Repeat and first-time SaddleBrooke All-Americans for the USMS 2021 season are as follows:

Good facilities, great coaching, a time-tested program, and a welcoming community are huge contributors to this success, but swimmer fitness is an essential influence. Many of the above All-Americans began swimming seriously when they joined the Swim Club, often fairly late in life. Some began swimming seriously after participating in the club’s Let’s Swim clinic. So, join the club and start swimming for fitness.

Club membership dues are $20 a year, which includes a club t-shirt. You can learn more about the club on its website, www.SaddleBrookeSwimClub.org. All interested swimmers are welcome! Many club members do not compete, but swim for enjoyment and the fitness benefits. In addition to the Let’s Swim clinics, the club offers an Adult Learn to Swim clinic for non-swimmers. The plan is to offer both clinics twice a year, spring and fall.