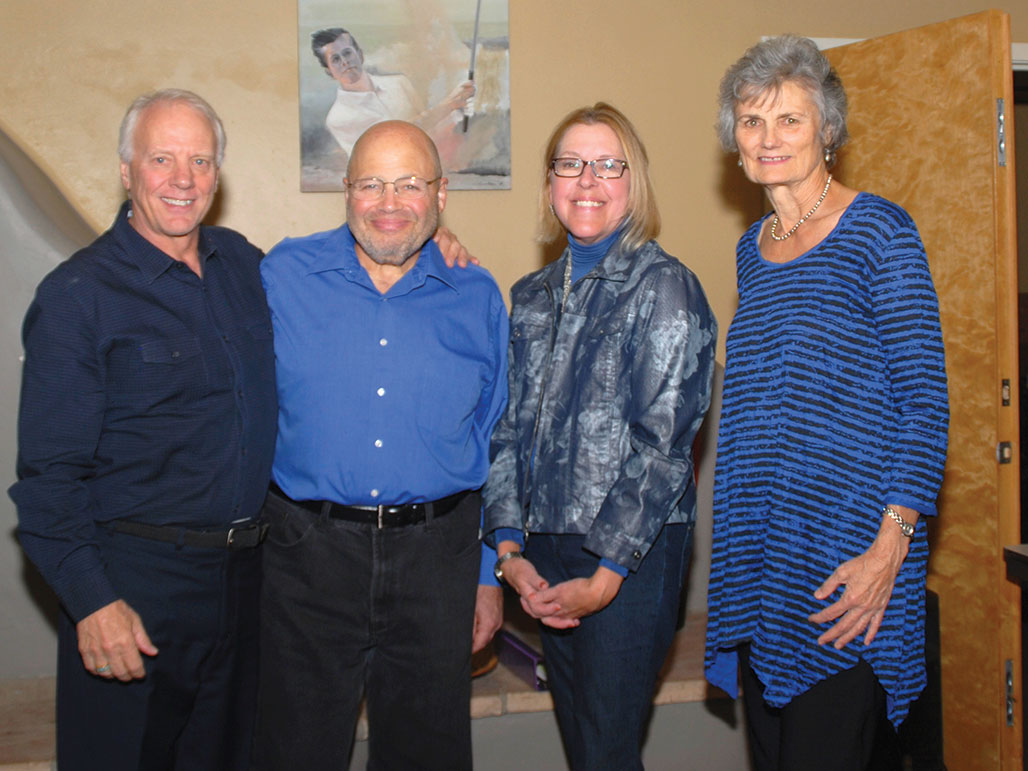 The Spanish Culture Club (SCC) of SaddleBrooke held its annual meeting on Monday, November 17 at the HOA No. 1 Activities Center. Baked and fried chicken was served by the club with sides and desserts provided by club members. Following dinner a short business meeting was conducted by outgoing President Sam Horowitz. Sam thanked former committee chairs Lorna Michelson and Mary Britton for their service to the organization. Also, the following slate of officers was unanimously approved by the SCC membership:

It was announced that the following individuals will be committee chairs in 2015 for the Spanish Culture Club:

It was also announced that Sam Horowitz will serve as the liaison between the Spanish Culture Club and the Friends of the SaddleBrooke Library for a mutual collaboration in bringing Dr. Dereka Rushbrook, Adjunct Lecturer, School of Geography and Development, School of Latin American Studies, University of Arizona to SaddleBrooke in November 2015 to give a presentation on Cuba. Dr. Rushbrook has traveled extensively to Cuba. A trip to Cuba is tentatively being planned for 2016.

About five years ago Marion Brook recommended that a Spanish club be formed. The idea was carried forward by Mark Goodrich who ultimately brought the club to fruition after two years of working with the Robson organization to insure that the club was in compliance with Robson rules and regulations. As of today, the club has a membership of 90.

The evening culminated with a retrospective overview and elegant demonstration of the Tango by professional Tango dancers Hector and Lidia Legrand.