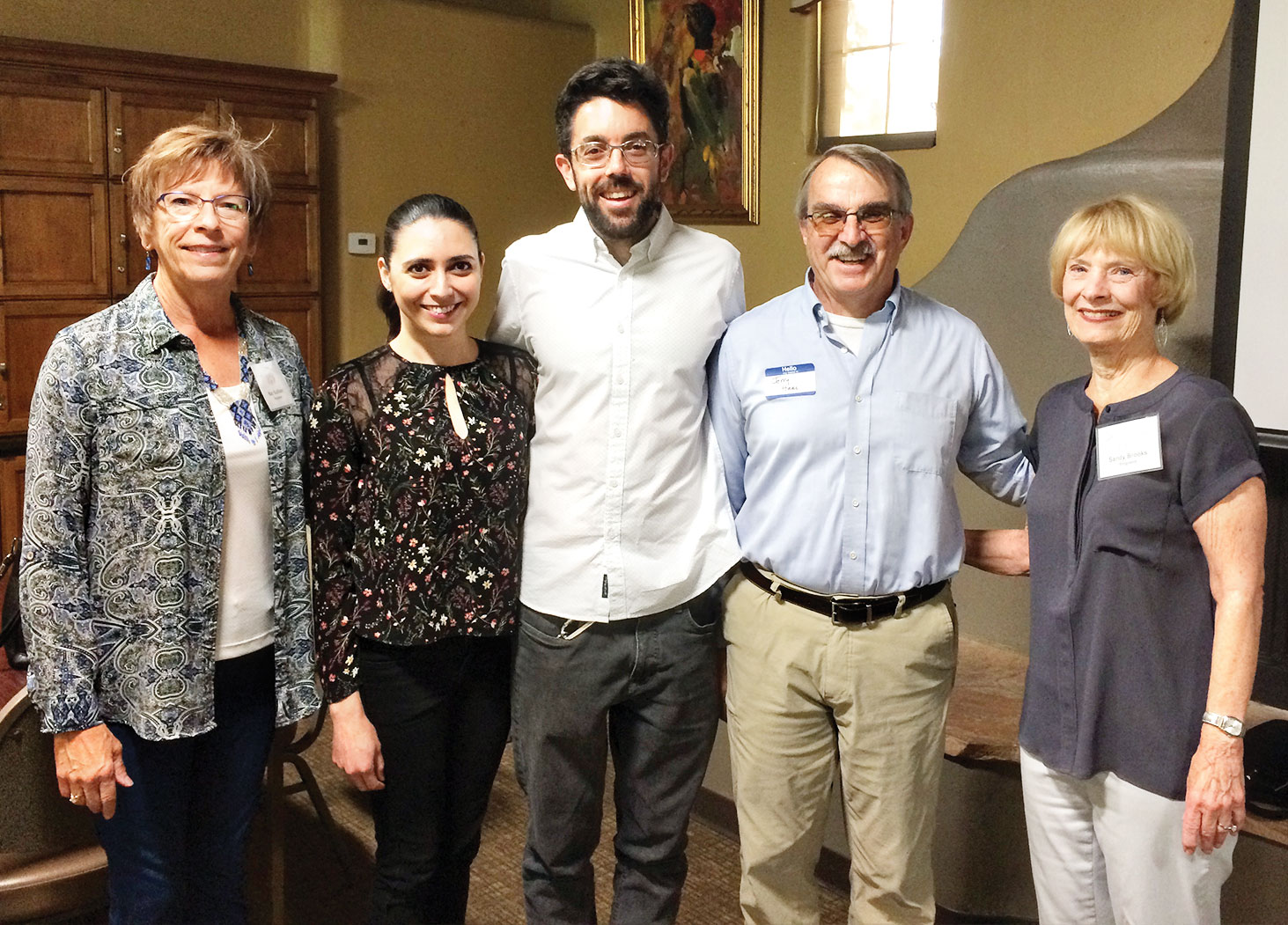 Word for the day: amistad (friendship)

At our April meeting we were treated to an interesting and thought-provoking presentation by members of the Border Community Alliance. BCA is a non-profit based in Tubac, whose mission is to bridge the border and foster community through education, collaboration and cultural exchange. Their geographic focus is southern Arizona and northern Mexico.

Jerry Haas, the executive director of BCA, introduced the program by giving us some facts and dispelling some common myths about the region. Did you know that the population of Nogales, Sonora is 400,000? Or that its growth is largely from people moving there because of job opportunities? Or that Mexican shoppers spend over $1 billion per year in the Tucson area? There are many misperceptions about northern Mexico that BCA’s programs work to change.

After Jerry’s introduction, Alex La Pierre, the program director, spoke about the main initiatives, including cross-border tours, the borderlands forum and a BCA internship program. Many members of the club expressed interest in the cross-border tours which, Alex quipped, “take you beyond the dentists and pharmacies.” In fact, they offer small tours lasting from one to six days, exploring such places as Nogales, Magdalena de Kino, Hermosillo and Rio Sonora. History, culture and gastronomy are part of every tour. What a great way to learn and become a better neighbor! Do visit their website at bordercommunityalliance.org.

Coming up on May 20, there will be a taco party and games. This will be our last formal meeting of the season until September, but it’s not too late to join so that you receive our monthly newsletter of activities. There may be some informal activities you won’t want to miss!

The club meets monthly on the third Monday of the month. We generally have a potluck dinner, followed by our program. Our meetings are conducted in English. Please join us for our May meeting on Monday, May 20, at 5:30 p.m. in the SaddleBrooke One Activity Center. Bring a potluck dish to share and your beverage of choice. Come as a guest and try us out!

Monthly Spanish-speaking lunches are on the first Monday at noon at the Mesquite Grill. May 6 will be our last one until September. Contact Audrey Tarchine by Friday, May 3, to reserve a spot: [email protected]

If you are interested in joining or would like to attend an event on a trial basis, please contact our membership chairperson, Susan Durchslag, at [email protected]