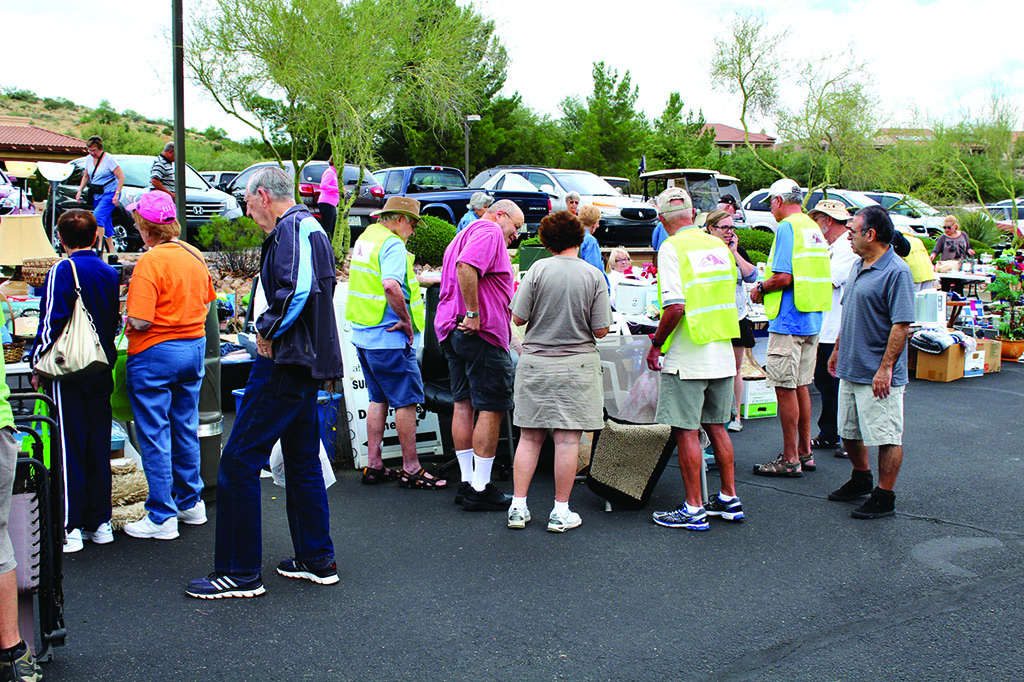 SaddleBrooke’s annual I Don’t Want It sale helps both individuals and organizations raise money by selling donated items that are no longer wanted or needed. Two spaces were organized and staffed by members of the Community Church at SaddleBrooke and money generated by the sales went to help fund the Jail Ministry. According to Dianne Anderson, the two tables took in $916.32.

The money for the Jail Ministry goes to the Chaplin at the county jail in Florence. The funds help buy Bibles and supplies to minister to inmates that want to learn more about Christ. For over 50 years, Good News and Prison Ministry has been ministering in jails and prisons around the world—sharing the Gospel of Jesus Christ with precious men, women and youth whom may have forgotten.

Larry O’Donnell had a crew of about seven volunteers from the church, all clearly visible wearing bright fluorescent vests that set them apart from the crowd. The vests were loaned to the volunteers by the new EPIC Ministry recently launched by the Community Church.

Larry graciously agreed to collect donated items and store them in his garage prior to the sale. Beginning at 5:00 a.m. the morning of the sale, Larry and his generous crew of volunteers began unloading all of the items at the MountainView parking lot. By mid-morning bargain hunting was in full swing and sales were brisk.

Community Church at SaddleBrooke meets every Sunday morning at 8:30 a.m. in the SaddleBrooke DesertView Theatre. We are an all denominational Christian Church and all are welcome.