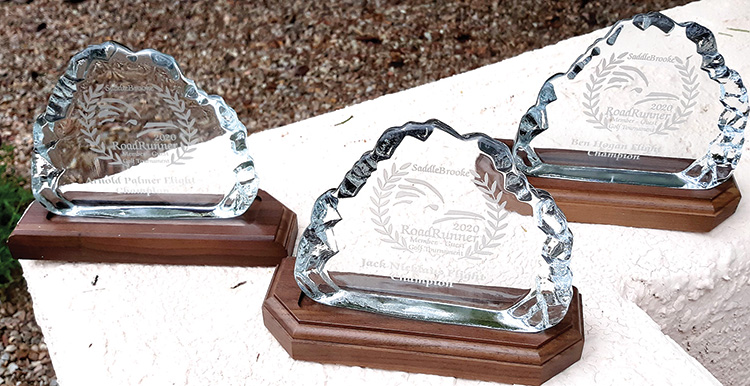 The 29th annual member/guest tournament for the SaddleBrooke Men’s Golf Association (SMGA), the RoadRunner (RR) Tournament, was one of the victims of the COVID-19 pandemic. Originally scheduled to be played in late April, the dining room closures, travel constraints, and need for social distancing soon made it apparent that the dynamic, fun-filled three days enjoyed by so many golfers in past years wasn’t going to be possible in 2020. This tournament has always given SMGA members the opportunity to invite their guests (some from other parts of the country) the chance to play on our beautiful private courses, and enjoy the great weather and camaraderie.

A good dose of SaddleBrooke optimism has the RR organizing committee comfortable that the plans can be set in motion early next year to bring back the tournament April 8-10, 2021. The many hours that were invested in planning this year’s event will clearly minimize the upfront work requirement next year. At this stage, the plan is to move forward with the new format calling for two 9-hole games on each day utilizing a Stableford scoring system. Contestants will compete within flights against other teams carrying handicaps in a similar range pursuing the ultimate goal of flight champions. This year, we had seven or eight flights scheduled to compete with six to eight teams per flight.

While there won’t be direct competition to identify a single tournament champion, leaders in each flight after the second day will compete in a separate four-hole shootout with additional prize opportunities.

Included in the entire tournament will be a stag night kick-off party, luncheons the first couple of days, a separate spouse’s event, and a final awards dinner on Saturday evening. This tournament always has been one of the premier golfing events at SaddleBrooke, and we are excited about continuing it again next year. Further details about the event and registration information will be published to the SMGA membership early next year.

Until then, stay healthy and hit them straight!