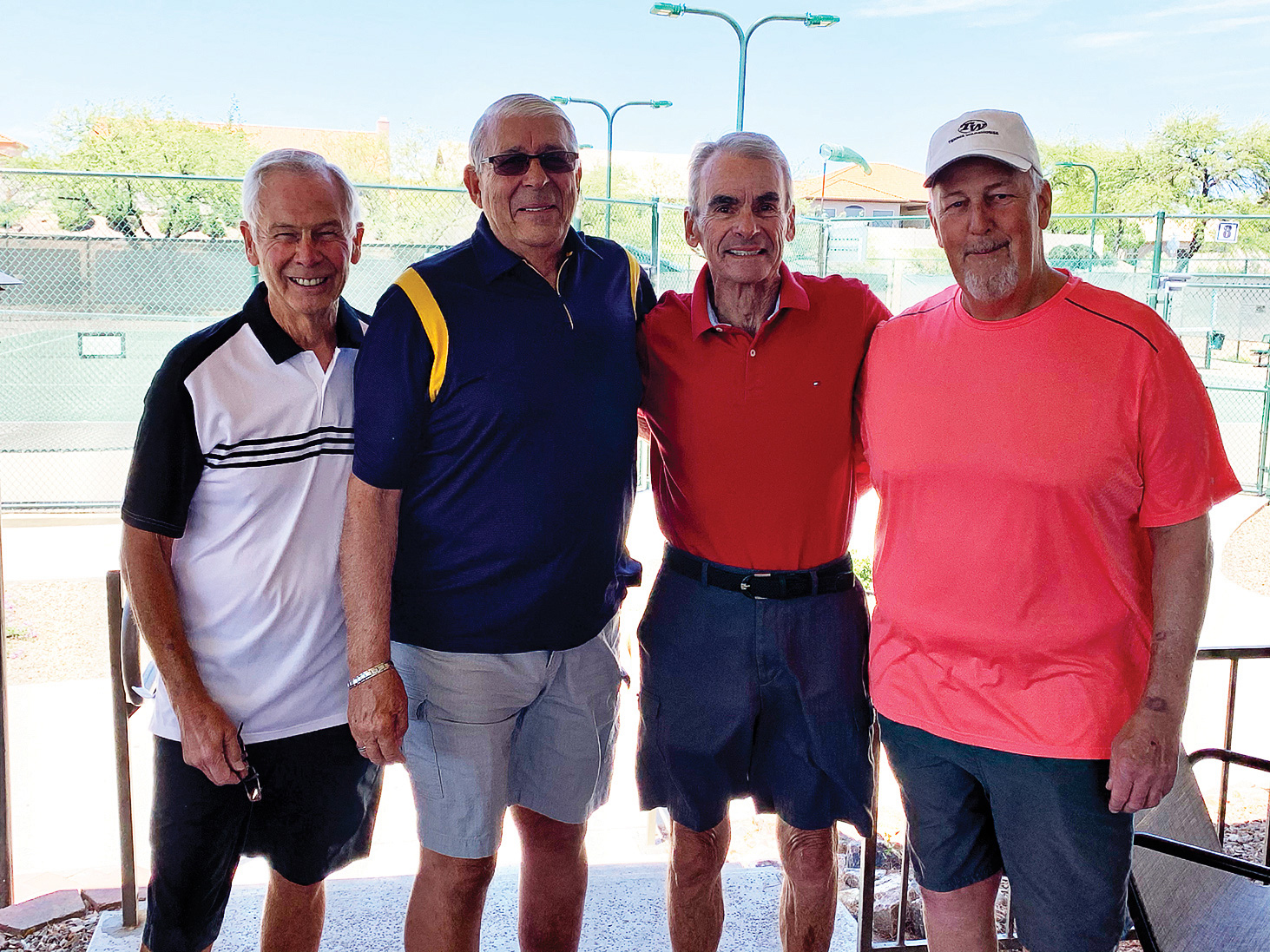 Our tennis club members, along with all SaddleBrooke residents, are fortunate to have some of the best tennis courts in Arizona! Maintaining beautiful amenities is a reflection on our entire community. Unfortunately, one court has been out of service for almost two years and remains locked, and our other four tennis courts at MountainView are needing attention but are not budgeted to be replaced by a longer lasting surface until 2026.

We are thankful to have a few tennis club members who have volunteered to be on a maintenance committee because they take great pride in the condition of our courts. Darrell Jackson, one of our past SaddleBrooke Tennis Club presidents, initiated this committee in 2017. It consists of a coordinator and four deputies, with each deputy being assigned a group of courts. Our four volunteers are Frank Valenti assisted by Al Bush (SaddleBrooke courts), Darrell Jackson (Preserve courts), Jerry Fay (MountainView courts), and Jay Clary (DesertView courts). Any discrepancies are reported to Bob Stocks, who is the coordinator. The deputies are tasked with weekly court inspections to check the general court condition, as well as nets, windscreens, wind flags, refuse buckets, score posts, etc. These discrepancies are reported to Bob Stocks, and he coordinates with the HOA maintenance supervisor responsible for the courts. Our HOA’s pay for the supplies needed to maintain the courts.

Please thank these wonderful men who work hard behind the scenes to keep our courts in the best condition possible!