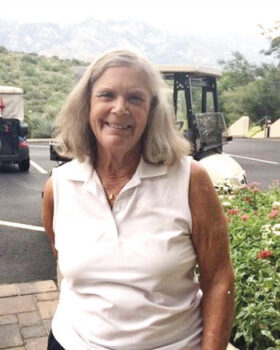 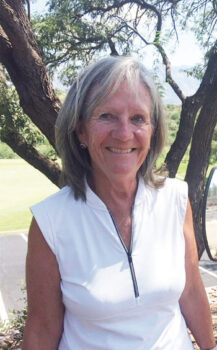 To many of us, September was the month that schools resumed their regular schedule. First day’s awkwardness, new books, new teachers, and new subjects brought anxieties and the closure to a carefree summer filled with swimming, tennis, hanging out, and reading for pleasure. September meant reading heavy textbooks, which didn’t fit easily into the metal lockers that banged open, creating quite a clamor that resounded down the halls.

Happy Saguaro, owned by Edgar Castillo, which specializes in Southwest quality pieces made by local artisans, sponsored the Closest to the Pin Award on Catalina number 3. Gail Plimpton won it with artistic flair when her ball nestled only 6 feet 5.5 inches from the cup. Congratulations to the winners on Sept. 14!

Remember running into the classroom at the last second before the bell? Remember anticipating Halloween for weeks? (Maybe that hasn’t changed.) Such joys we thankfully have passed on to this year’s students. However, we’re always learning. Many of our golfers have been schooled in golf for many years; to others, it’s a new subject. Isn’t learning wonderful? We get to repeat the subject of golf as many times as we please, and we won’t get a note for detention hall.