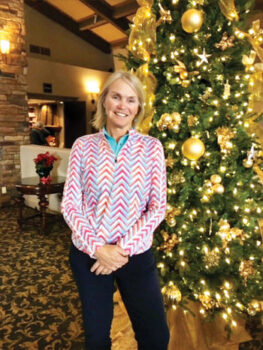 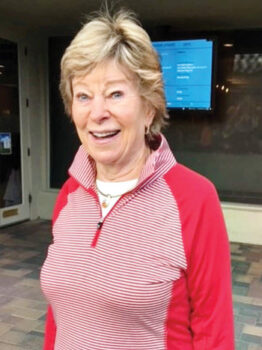 On Dec. 7, the SaddleBrooke Women’s Golf Association-18 (SBWGA-18) ladies held their annual Christmas celebration. It started with a golf event, Beat the Pro and President, in which two-person teams attempted to score better than the pro, Jane Chanik, and President Carol Bidwell. The pro and president team scored a net 69, and the team of Nancy Wylie and Bette Wald scored a net 61 for first place. Twenty teams bettered the pro and president score and won “I Beat the Pro” pins, as well as pro shop money.

The Low Net and Low Gross Ace of Aces awards were presented to two outstanding golfers. Seventeen golfers competed in November for the titles. Margie Buhler was Low Net winner with a net score of 74. Helen Graham was Low Gross winner with a gross score of 80.

We now enter the new year in anticipation of a great year ahead.