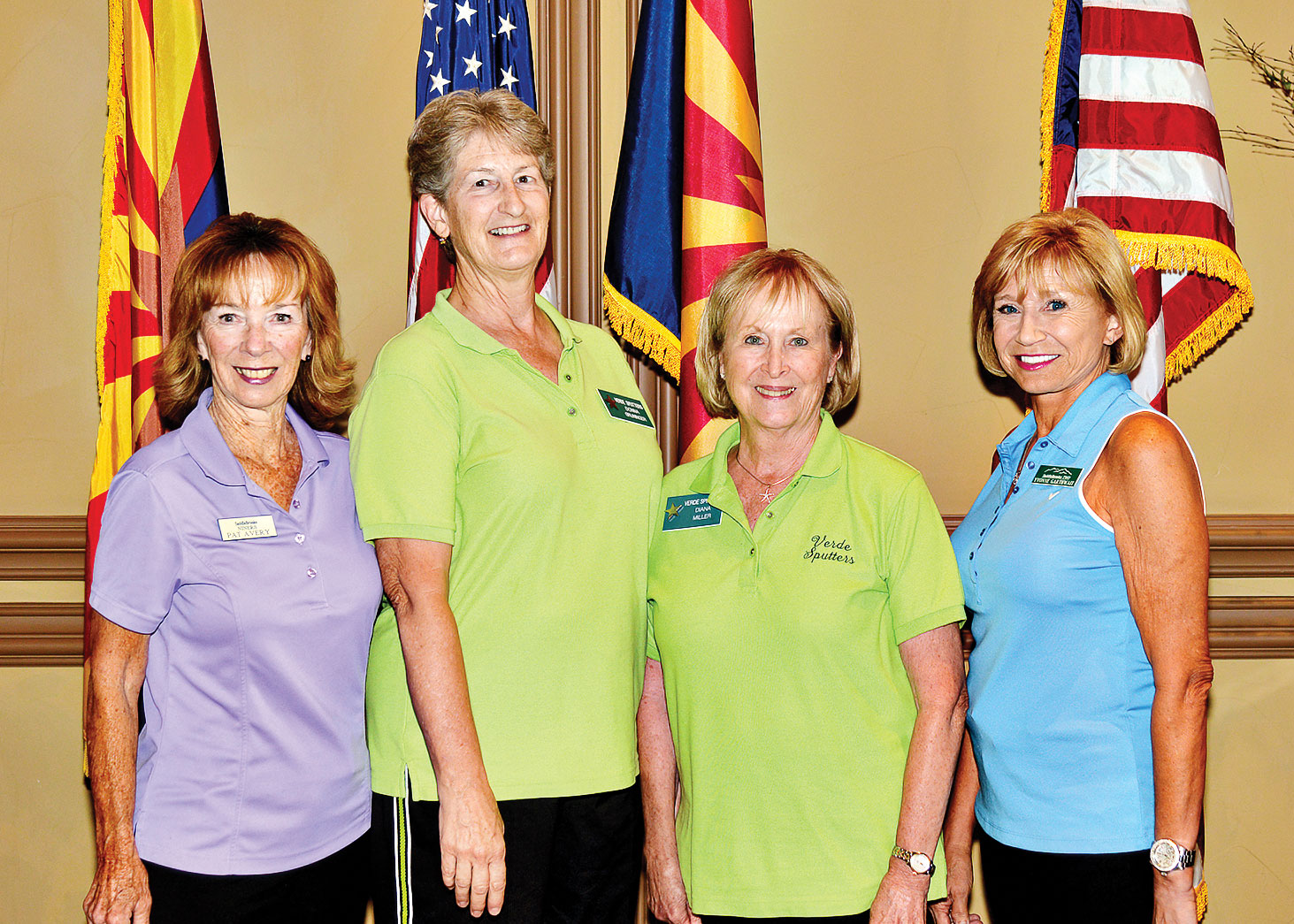 Believe it or not, we really didn’t bribe Mother Nature to hold off on the rain on October 23! This was the day of our annual Sputters’ Tournament, one of our very favorite events, and the forecast was anything but promising. With a 70% chance of rain that day, we all kept our eyes on the sky. This is the tournament where the SaddleBrooke Lady Niners and the Sputters team up for a 9-hole round of golf where the Sputters do all the putting. Admittedly, all the foursomes played as quickly as they could with thunder rumbling from time to time and several periods of spitting rain. But they had a great time and a great round and the rain managed to hold off until we had finished both the golf and the luncheon, so we all were very grateful indeed.

The winners for the day were announced at our luncheon by our Pro Bernie Eaton. First place in the Cholla Flight was won by Pat Avery, Donna Gruninger, Yvonne Garthwaite and Diana Miller. In the Prickly Pear Flight, first place went to the team of Robbie Summers, Judy Anick, Cathey Kropp and Linda Lewis. It was a bittersweet moment for Bernie, who told us that this was his last official tournament here at SaddleBrooke; we all bid him lots of good luck in his new position at Arizona National and thanked him for his nine years of making this such a wonderful golf community.

Perhaps one of the biggest winners of the day was SB Niners President Debbie Thompson. We usually have a “Guess the Number of Candies in the Jar” contest, but this year the Sputters came up with a unique and clever twist. This year we did “Guess the Number of Golf Balls in the Jar,” and just to make it more of a challenge they threw in some lemons to make it harder to guess. Debbie was the closest to the actual number, so she won all the money bet.

The Niners’ next big event comes on November 6, when we have our annual Turkey Shoot and General Meeting. The winner of the Turkey Shoot gets a gift certificate to Bashas’, so we’ll all be putting forth a good effort!