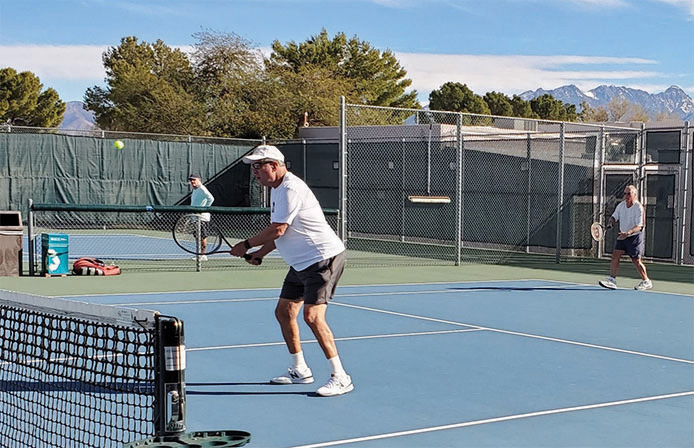 The SaddleBrooke USTA tennis team won a tough eight-match series against a team from Green Valley. This earned them the right to represent Southern Arizona at USTA sectionals next December. A match consists of three doubles courts. The team got off to a rocky start and did not win a single court in the first two matches. After that, things came together and SaddleBrooke won the next six meets, winning 15 of 18 courts. Tie breakers were the difference with SaddleBrooke winning zero of four for the first two meets and six of eight for the last six meets.

Due to restrictions on non-residents playing on SaddleBrooke courts, all home matches were played at Oro Valley Community and Recreation Center and followed strict guidelines regarding COVID.

Great job and congrats to the SaddleBrooke USTA Men’s Team!