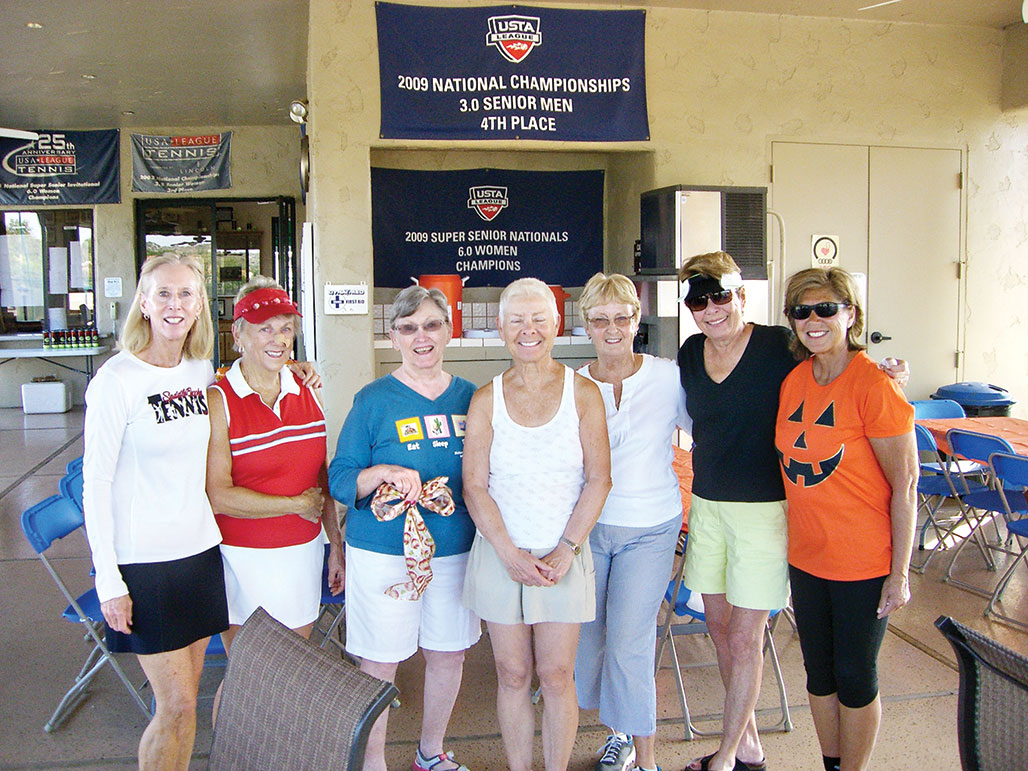 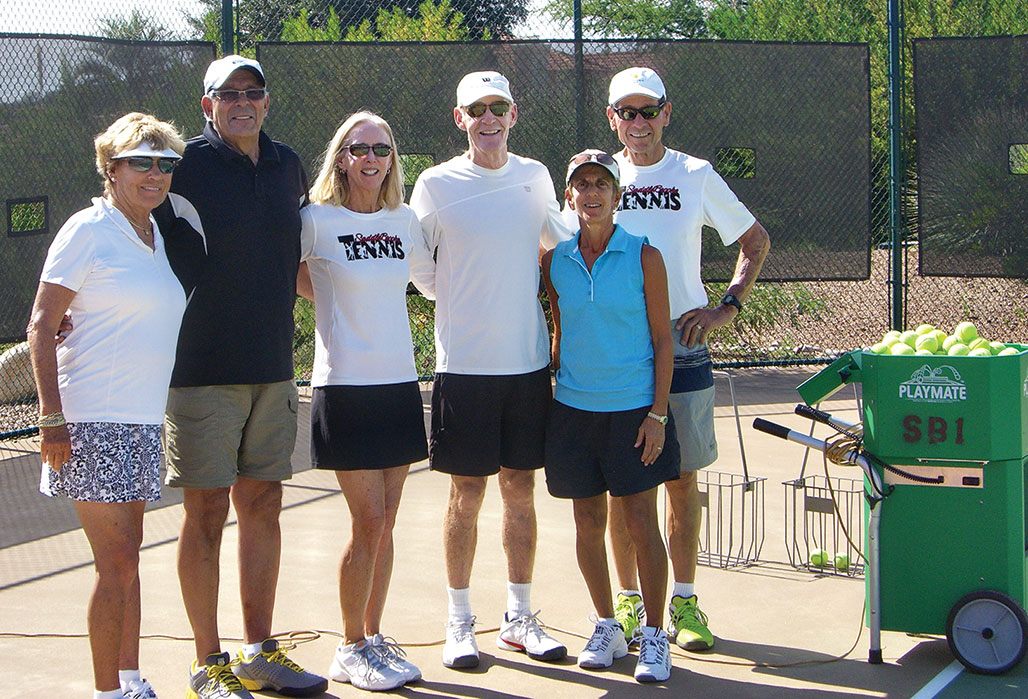 Sunday, October 26 the SaddleBrooke Tennis Club celebrated autumn, beautiful weather and the return of the snowbirds. A Halloween theme was considered but was ruled out because of the difficulty of playing in costume.

The afternoon began with demonstrations of the new 2015 Wilson tennis racquets by professional Gene McGeehan. For the fashion conscious there was a Tennis Cabana with all lines of tennis apparel and accessories. Gotta look nice with the latest clothes on the court, ladies!

The afternoon gave way to social Mixed Doubles tennis. The competition may not have been the most ferocious but certainly the most fun!

To slake the participants’ thirst, lemonade and iced tea were provided by the Tennis Club. Members provided some serious appetizers to replace calories lost on the tennis courts.

This was an opportunity for the club to get together before the Thanksgiving/Christmas season which will be reported on later.