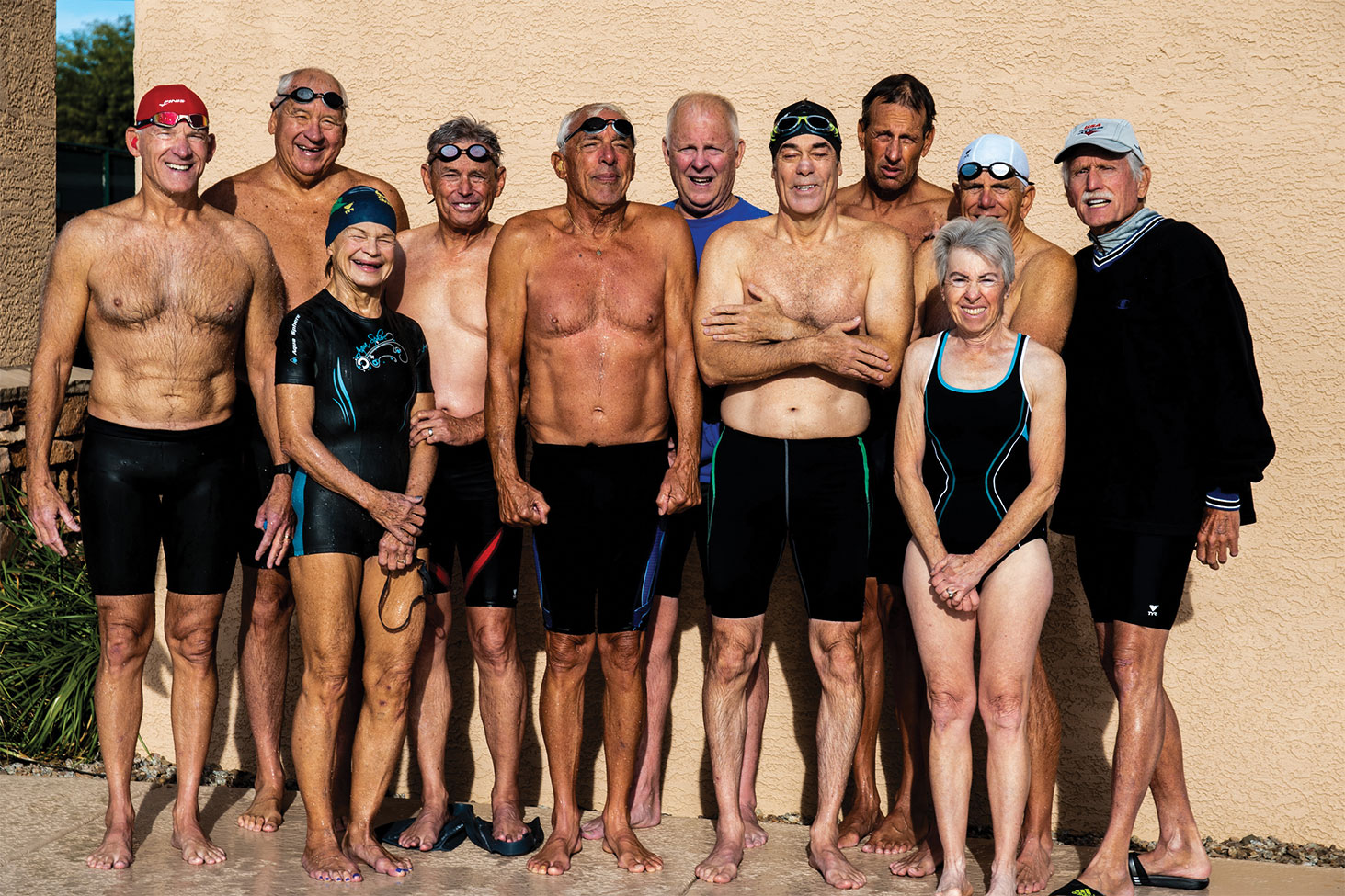 The U.S. Masters Swimming Association sponsored a nationwide swimming fitness challenge this fall to encourage people to gain a level of fitness leading into the new year. The challenge consisted of a one-mile pool swim to be completed between November 15-30 of this year. This swim could be done individually or as part of a relay team. Swimmers could take as much time as they wished to complete the 1,760-yard swim, resting if they wished, as long as they did not leave the pool before finishing. In addition, swimmers could use whatever swimming equipment they desired…such as fins, hand paddles, buoys, etc.

The SaddleBrooke Swim Club decided this event was a worthwhile challenge for any level of swimmer to participate in and, thus, improve his or her fitness level. To create enthusiasm for the test, a group of Army veterans formed a relay team and issued a challenge to all comers. The Army Team consisted of Carl Marriott, Ed Thompson, Ted Pierce, Jeff Eighmy and Rodger Bivens. Navy veterans were first approached to accept the challenge, but due to injuries and other unspecified reasons, they declined. The Air Force was also approached, but injuries prevented participation there as well. Even the “Sharkettes,” the premier medal winning women’s swimming group declined to accept the Army team’s challenge. Finally, Swim Club Head Coach, Doug Springer, gathered a motley crew of top swimmers to form a relay team known as the “Draft Dodgers.” The team consisted of Doug, Steve Truesdale, Bill Ton and Bob Emahiser.

The day of the competition was set at Monday, November 26. Shortly before 9:00 a.m. the relay team members gathered and, to their surprise, a duo team of Linda Merritt and Bev (“Energizer Bunny”) Schulz also joined the challenge. A group photo was taken and then it was time for the fun to begin. The Army Team wore swim fins and swam freestyle and backstroke, while the Draft Dodgers did not use any equipment and stayed with the faster freestyle stroke the whole way. Each team member swam a 50-yard stretch, to allow for maximum speed, and then the next team member took over. Competition was fierce and controversy ensued as various team members were accused of leaving early on a lap, diving in, etc. Meanwhile, the Schulz/Merritt duo calmly swam side by side at a nice steady pace. As it came time for the final 50-yard lap, the Army Team and the Draft Dodgers Team were very close, with the Dodgers a body length ahead. But after a ferocious spurt by the Army, the teams finished in a dead heat for a tie. The time was a little over 28 minutes. Shortly thereafter, Bev Schulz and Linda Merritt finished as well, looking as if they could have easily continued to do another mile.

All in all, the challenge was fun and a time of camaraderie.