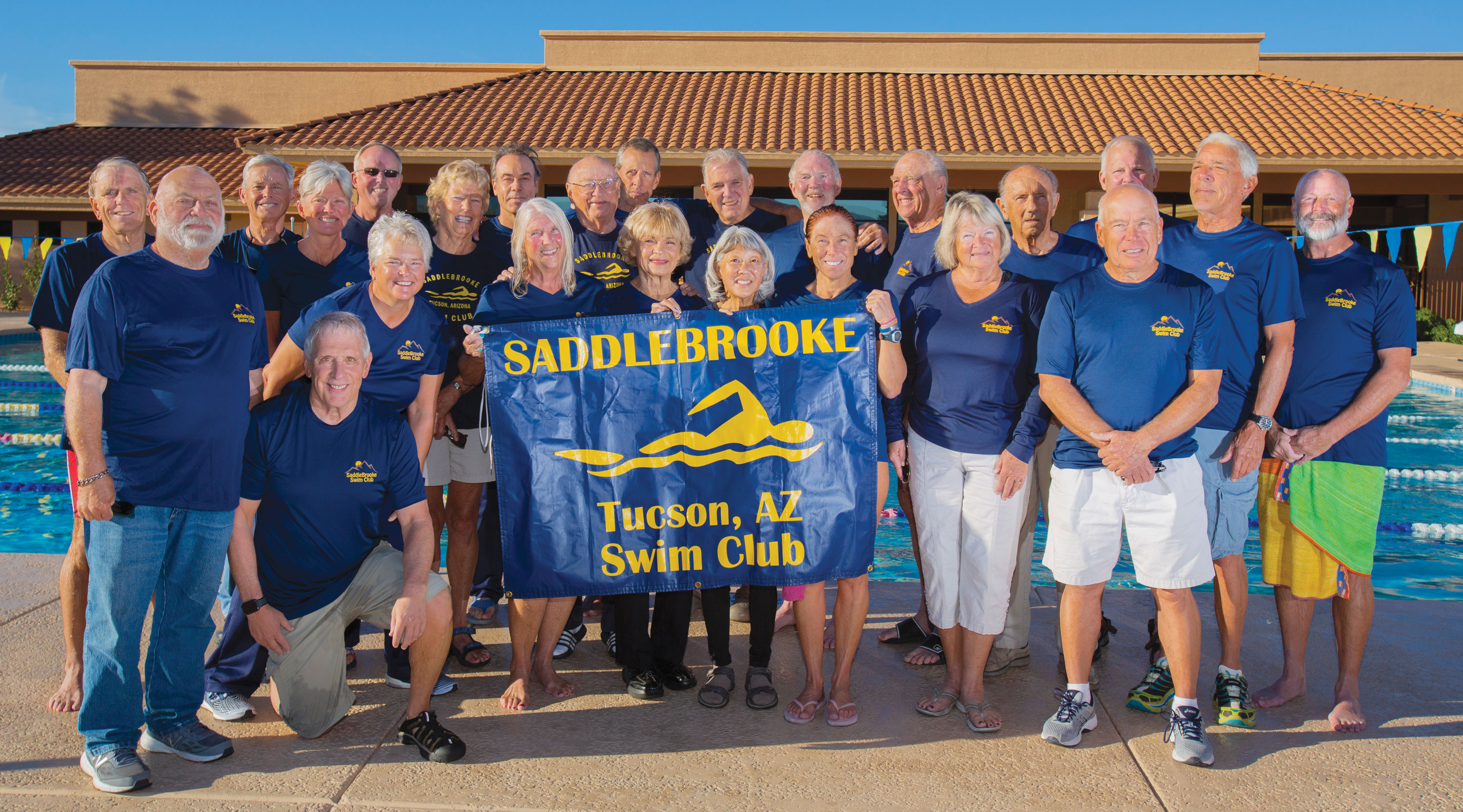 The last major swim meet of the season for the SaddleBrooke Swim Club was the Ron Johnson Short Course Meters Invitational and State Championship Meet held at the Arizona State University Pool in Tempe on November 17-18. This year the number of SaddleBrooke swimmers competing was smaller than previous years but those who swam really bonded together. Lyn Moreno stated that SaddleBrooke swimmers sat together, rooted for each other, celebrated every great performance and obviously cared about and supported each other. This was a big factor in the SaddleBrooke Swim Team winning the State Championship again. A number of SaddleBrooke swimmers were High-Point winners for their age group among all the teams competing: Ke Wang, Lyn Moreno, Corinna Goodman, Doug Springer, Ted Pierce and Glenn Tewksbury. Allison Lehman initially wasn’t planning to swim in this meet but luckily changed her mind and ended up having six personal best times in the 800 and 50 Free, 100 and 200 backstroke, 100 breaststroke and the 100 IM. Bill Ton had meet record times in his age group in the 50 and 100 backstroke and the 50 Butterfly which are currently in the Top 10 in the Nation but will not be official until all the national meets are tabulated by December 31. The meet was well-organized although there was some confusion over recent changes to the relay rules. A special thank you to Steve Truesdale and Doug Springer for helping to organize and re-organize the relays. Many thanks to Swim Club members Jeff Eighmy and Jay Selnick for officiating at the meet. John Leet was delighted that participants were given a free meet t-shirt and made a great suggestion that perhaps one designed by some child in a swim program would be particularly nice. It was a great event! One of the groups who carpooled together celebrated by stopping for ice cream on their way home! Congratulations to all!