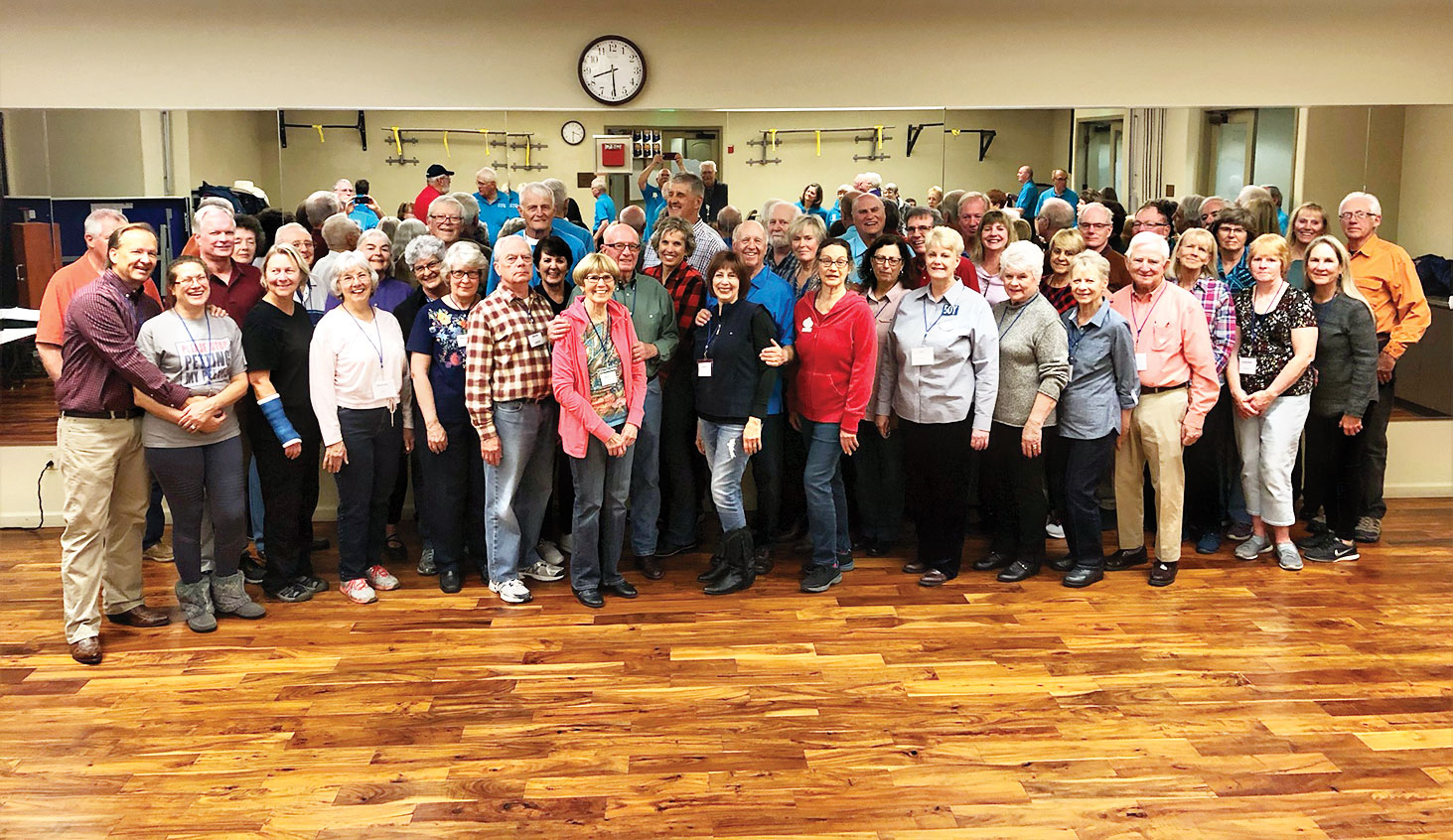 The SaddleBrooke Squares recently celebrated their 25th year in the community! But the club isn’t resting on its laurels. Instead, the club decided to reach out to the entire SaddleBrooke One and SaddleBrooke TWO communities to let them know about square dancing.

The club’s efforts were led by members Richard and Donna Martin and Mike and Kris Westerbeck. Together they created committees to formulate ideas and plans to recruit and retain new members. Their goal was modest, ten new couples joining our new dancer class for 2019.

The Westerbecks devised an ambitious program to get out and meet new residents in SaddleBrooke by literally knocking on doors and introducing themselves. The Door Knocker teams, DKs as they affectionately came to be known, told new neighbors about the club and invited them to come see what all the fun was about. New residents were invited to a Chili Feed and Ice Cream party followed a week later by the club’s annual Give Us A Whirl where visitors actually get a chance to try square dancing. The Westerbecks’ efforts generated tremendous energy and enthusiasm throughout the club. In addition to the DKs, club members started talking with friends and strangers alike about square dancing. The Chili Feed and Give Us a Whirl events gave everyone an opportunity to come check us out!

While the Westerbecks were busy with recruiting, the Martins were creating programs that would ensure that those enrolling in our new dancer class would stay through completion. This is a 15-week dance class that can be daunting. Richard and Donna appointed club members as mentors for each couple in the class. These mentors help guide, encourage and introduce the new dancers to the rest of the club. In addition, the Martins, working closely with our class coordinators, Don and Rebecca Williams, implemented a system so that students who missed a class were able to complete a make-up class within the week. In addition, they created practice sessions twice a week so students who wanted/needed help could get it.

The SaddleBrooke Squares are happy and proud to announce that as a result of these efforts, 47 new students joined our 2019 class! The class just completed lesson six on the way to graduation in April. This success was truly a team effort headed by great leaders.

If you would like to learn more about what the fun is all about, check out our website and send us an email www.saddlebrookesquares.com.