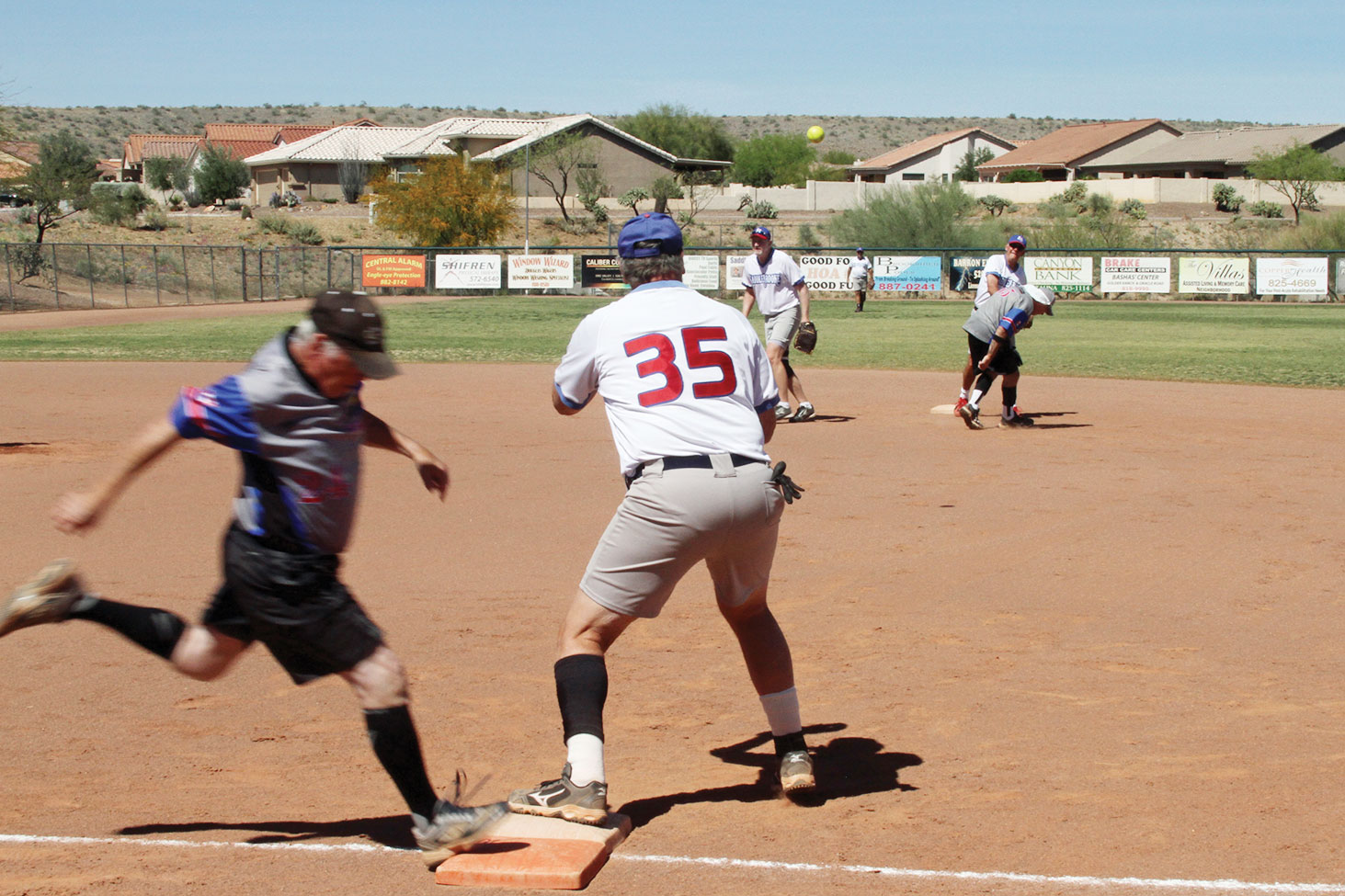 This Apache Junction runner is safe as the throw from second baseman Steve Garceau to first baseman Bob Chiarello doesn’t make it in time; photo by Jim Smith.

A group of SaddleBrooke competitive players, led by manager Tim Ward, played a doubleheader March 16 against a team from Apache Junction.

In the first game the fine pitching of David Bohlman was backed by a balanced hitting attack. Gus Marano, Joe Sanders, Rick Hanson, Harold Weinenger and Bruce Fink all had several hits.

There will be a rematch in October when SaddleBrooke will travel to Apache Junction.