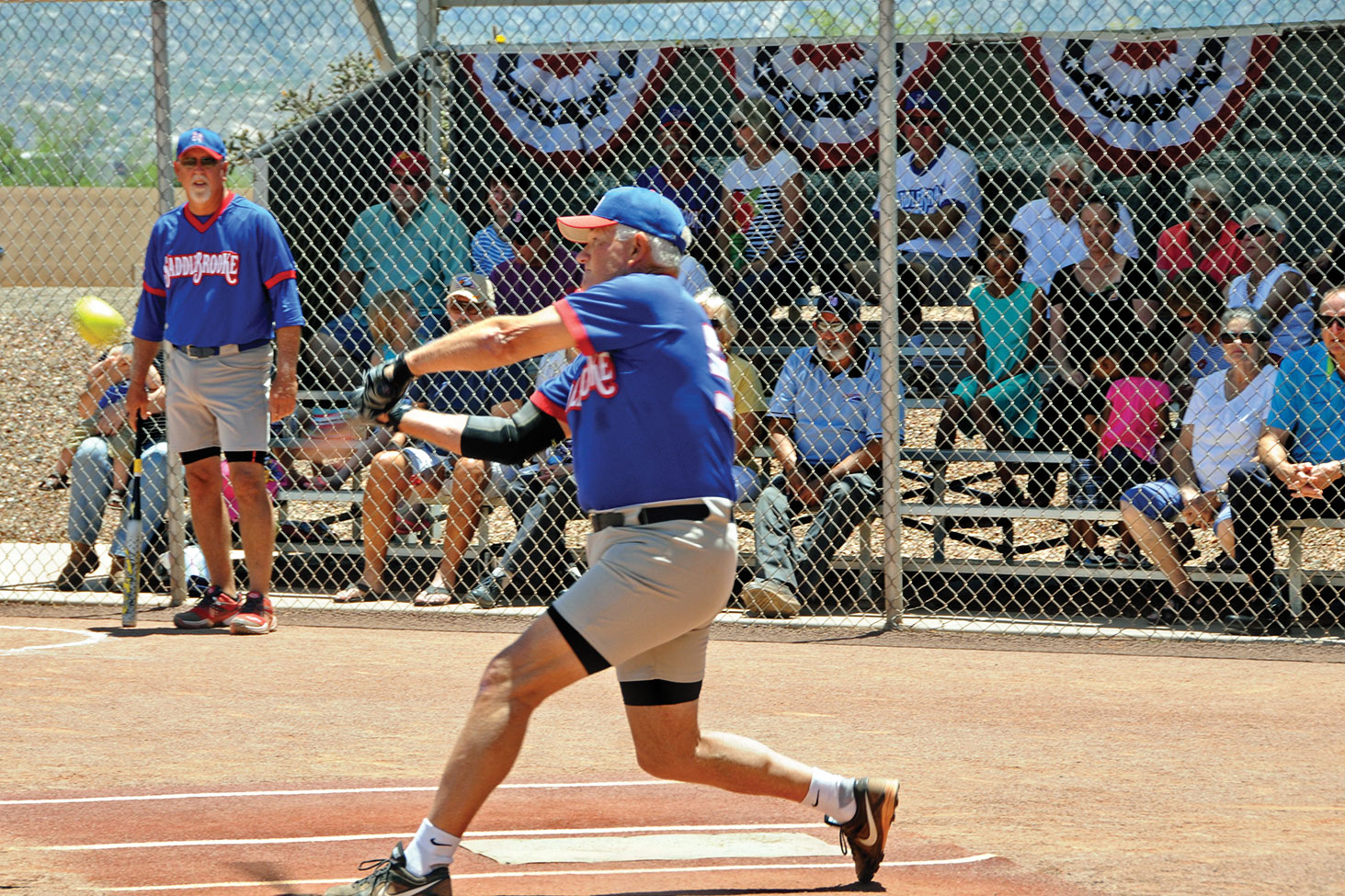 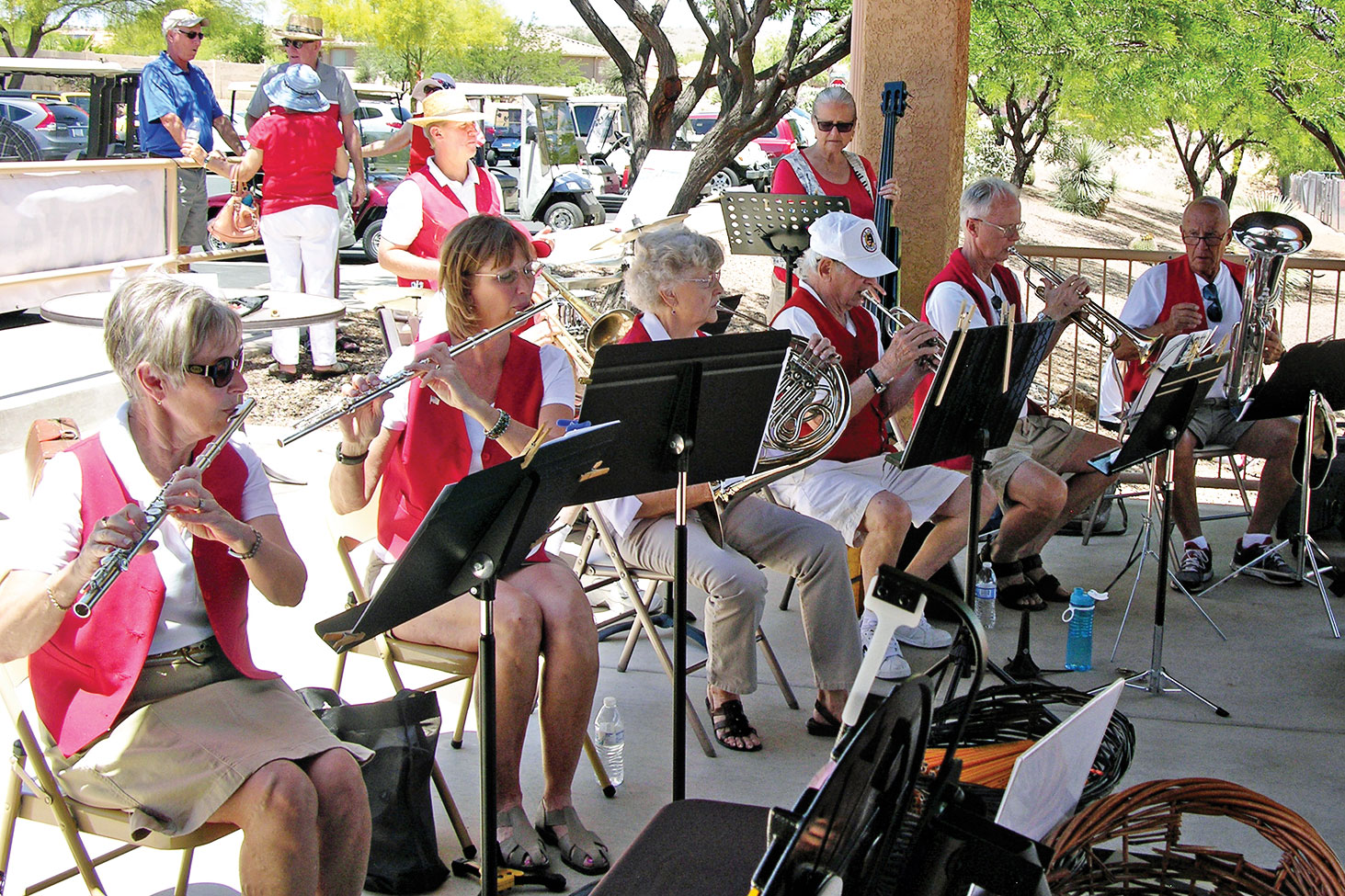 Members of SaddleBrooke Wind and Strings entertained the crowd between games; photo by Pat Tiefenbach.

A sell-out crowd of fans (sell-out?—it’s free!) cheered their softball playing neighbors, chowed down (that was free too!), rocked out to live music (OK it was not a rock band) and had a time to remember at the exciting Memorial Day SaddleBrooke Senior Softball Association’s (SSSA) annual holiday tournament, May 25 at SaddleBrooke Stadium.

The weather was perfect as always, the band played patriotic music and there was a special game delaying dust devil appearance along the first base side that disrupted the final game for a minute—very exciting!

SSSA thanks Coyote Golf Cars as the tourney sponsor, Doug Wagers of Window Wizard as our chef with his Louisiana Cooker, SaddleBrooke Wind and Strings, dozens of volunteers and you folks who donated some funds to offset the expenses.

Game 1: Debbie Seguin managed the blue shirts sponsored by Custom Screenrooms and Ramadas to an 11 to 7 win over Paul Butler’s Discount Tire white shirt team. Butler hit 3/4 and his lead off guy Jeff Chikusa 4/4 but great defense especially by Dominic Borland in left center and solid hitting by Borland and Dennis Skoneczka won the day for the blues.

Game 3: A one sided contest that saw a good comeback try that was possibly inspired by an insulting remark by the announcer who disparaged the prospects for Bob Chiarello’s Golf Cars of Arizona white shirts late in the game. Down by nine after five to Harold Weinenger’s Firefly Fireplaces & Supplies blue team and after booing the announcer’s slight, the white team came back to narrow the gap with a five run 6th and four run 7th. Still, Firefly prevailed 20 to 17. The losers actually saw more star hitting performances: Chiarello and Len Gann 4/4, Don Cox, Gus Marano and Doug Sweetland 3/4 and Buzz Schmitt 2/3. The winners’ strong hitters were 4/4 by Rich Adams and Tim Ward who also homered in the 6th.

SSSA’s next tournament is Labor Day, September 7. Get there early as we expect another sell-out crowd!