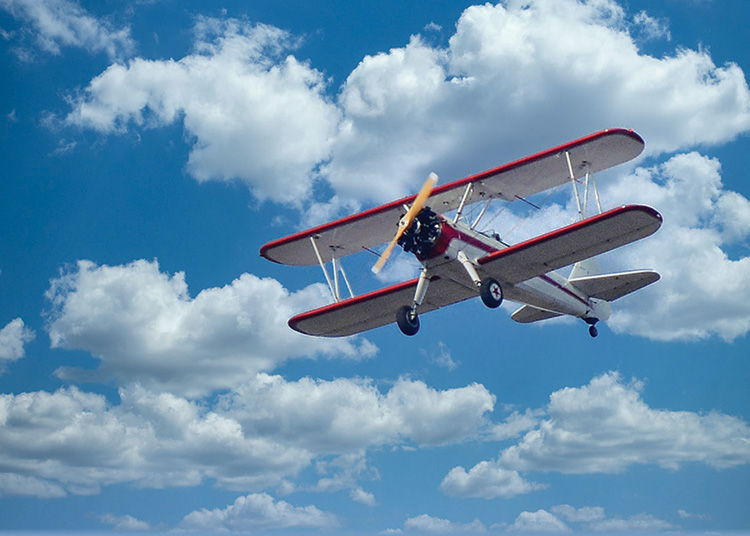 On Sunday, May 8, at 7:15 a.m., a Stearman bi-plane followed by another small aircraft from the Marana Regional Airport flew over SaddleBrooke Community and headed high, up to the Catalina Mountains. After flying low and slow over the range, they returned to SaddleBrooke, tipping wings in honor of their friend and our club member Captain Dwight Small.

On Sunday, March 8, after a brief illness, Dwight passed away leaving an accomplished and passionate aviation legacy that began when he was a youngster. His interest in photography blossomed while living in SaddleBrooke. Born in 1938 in Watertown, S.D., Dwight worked nights and weekends in high school to pay for flight lessons. At age seventeen, he earned his private pilot license and joined the Navy after graduation. Upon receiving an honorable discharge three years later, he attended South Dakota State University before relocating to California. There he successfully pursued his youthful dream of becoming a commercial airline pilot. In 1965, he was hired by the Flying Tiger Line as a copilot. In fewer than five years, he was promoted to captain. FedEx purchased Flying Tiger in 1989 and, for another nine years, Captain Dwight flew heavy jets which included Boeing 747 and MD-11. He crossed the Pacific Ocean 597 times, accumulating 22,000 flying hours.

Dwight and his wife, Carol Ann Small, moved from Napa to Arizona after he retired from commercial aviation. He enjoyed flying his own Super Legend Cub until days before he passed from a rare and fatal lung disease. Dwight was featured last year as a SaddleBrooke Photography Club Photographer of the Month. His passion for flying resulted with some scenic and spectacular airplane photos. He took pride with his photography equipment and Photoshop editing mastery, sharing stories and techniques with others. He presented at a general meeting last year, displaying photos and telling life tales that included his short story entitled, “Prepare for Emergency Descent.” That story described threatening technical problems that arose during a Flying Tiger DC8 Vietnam airlift with 229 souls on board when he was captain. His depth of concern for others shined through the narrative that ended with a safe landing.

Dwight was a gregariously warm, competent and helpful man with a kind sense of humor. He enjoyed being part of the club and shared times he learned something new from the many talented members. It was an honor standing at the highest point in SaddleBrooke One on that Sunday morning, sharing Dwight memories with another while bidding him a heartfelt yet inspirational overhead farewell.