Play Ball! SaddleBrooke Pet Rescue Network Is on the Team

The Saddlebrooke Pet Rescue Network is now part of the SaddleBrooke Senior Softball Association, thanks to a very generous donor who purchased the sign and the space to display our logo and message. The softball league has been a valuable part of SaddleBrooke for over 16 years and is approximately 180 members strong. Built from the ground up through membership dues and donations, it is now one of the most popular amenities in SaddleBrooke. We are proud to be represented at the ball field, and we feel that we have truly hit a home run for the lost and abandoned and homeless pets we support. Don’t forget to look for our sign on the outfield fence. 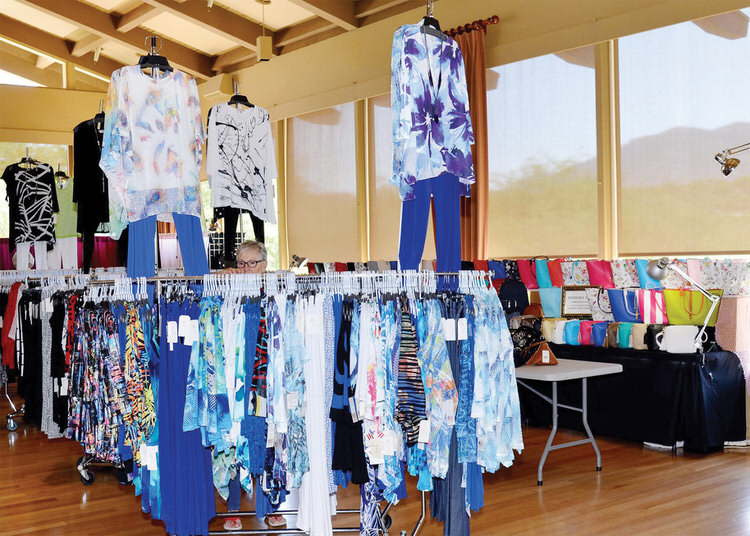 Save the dates! Wednesday, Nov. 10 and Thursday, Nov. 11 are this year’s dates for the SaddleBrooke Pet Rescue Network’s annual Fashion Show and Luncheon. Calle Rose will be returning with her beautiful line of clothing and accessories. The ticket price for the luncheon and style show is $25, and tickets for both days go on sale Wednesday, Sept. 15 at 9 a.m. in the SaddleBrooke One lobby. Anyone buying more than 10 tickets will be required to submit a list of attendees and make the purchase in one transaction using their house account or a check. The lunch menu consists of pork loin with apple chutney, green chili sweet potato, and vegetable du jour. This event supports the SaddleBrooke Pet Rescue Network in its efforts to assist many homeless animals with their medical care and by finding them forever homes. Help us celebrate our 10th anniversary! Mark your calendars, ladies! This year we will also be offering raffle tickets for our 50/25/25 raffle. They will be available on the ticket sale day for your convenience, as well as each day of the luncheon. Raffle tickets are six for $5, 15 for $10, and 35 for $20. Bring those 20-dollar bills, ladies. The more you buy, the bigger the chance to win! We will have separate tables set up for Wednesday and Thursday attendance. See you in September! 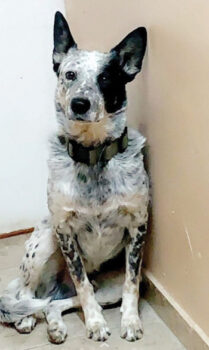 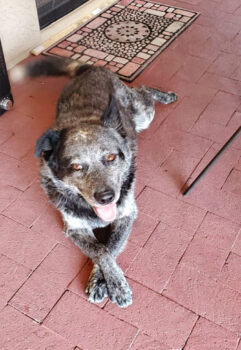 It was the Fourth of July, and SaddleBrooke was in a celebratory mood with fireworks bursting in air.

However, fireworks can be terrifying for dogs and cats. Two beautiful, sweet dogs from different families became spooked when the fireworks began and ran away from their owners. Calls were received by the SaddleBrooke Patrol and SaddleBrooke Pet Rescue Network (SBPRN) that there were dogs running loose and terrified in our community. At 11:30 p.m., a call was received that there was a dog at the SaddleBrooke One tennis center. It was Oreo, an Australian Heeler/Kelpie mix, just four years old. SaddleBrooke patrol kept him safe until the owner was contacted and arrived to take him home. At the same time, an SBPRN volunteer was called because a dog had been befriended by three teenagers in the parking lot of the SaddleBrooke Minit Market. The volunteer picked up the dog, which was a Cattle Dog, whose name we later found out was Blue. The owner of this dog could not be identified at that time, so the volunteer took him home for the night. Postings were placed on Nextdoor immediately and included his picture. In the morning, another SBPRN volunteer took Blue into temporary foster until his owner could be located. Fortunately, the owner found his picture in the lost and found section of Nextdoor and contacted us on July 5. Both dogs were happily reunited with their families after a harrowing ordeal of running loose in the dark, with fireworks bursting in air.

Please be sure to secure your pets inside your homes during celebrations and thunderstorms. Also, one more plea. We could have located Blue’s family immediately if he had been microchipped or was wearing a collar with a tag. Please keep identification on your pets at all times.