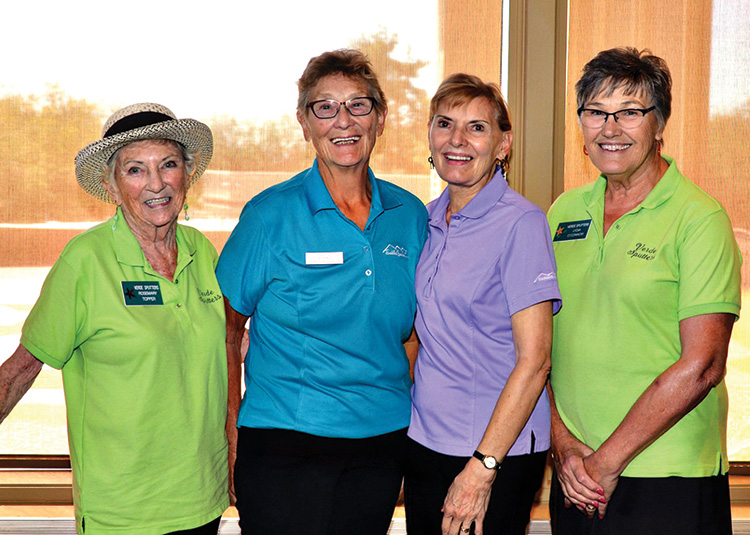 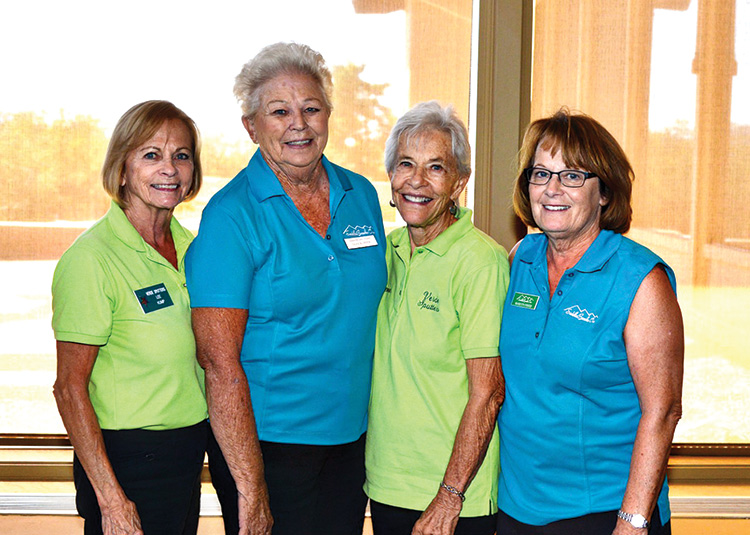 Each year the SaddleBrooke Niners and the SaddleBrooke Sputters team up for a fun day of golf and lunch. This year, 68 ladies turned out for this fun tournament. A modified scramble was the game for this year. In this tournament, the Niners tee off, select the best tee shot, and then play their own ball until they reach the green. Once both balls are on the green, the team decides which one ball to putt based on the lowest number of strokes from tee to green. The Sputters decide who will putt first, and the Sputters alternate putts until the ball is holed. The hole score equals the number of strokes to the green plus the putts.

The tournament was followed by a delicious lunch, and prizes were awarded. Another fun part of this day was a “guess the number of candies” in a large container. There were 343 candies, and Judie Knapp took home not only the candies but a cash prize as well. Table centerpieces sporting a Halloween theme were provided by Vicki Long. One lucky person from each table got to take the centerpiece home.

A very special thank you to Sue Schliepsiek and her committee composed of Niners and Sputters who did a fantastic job in coordinating and putting on this event.