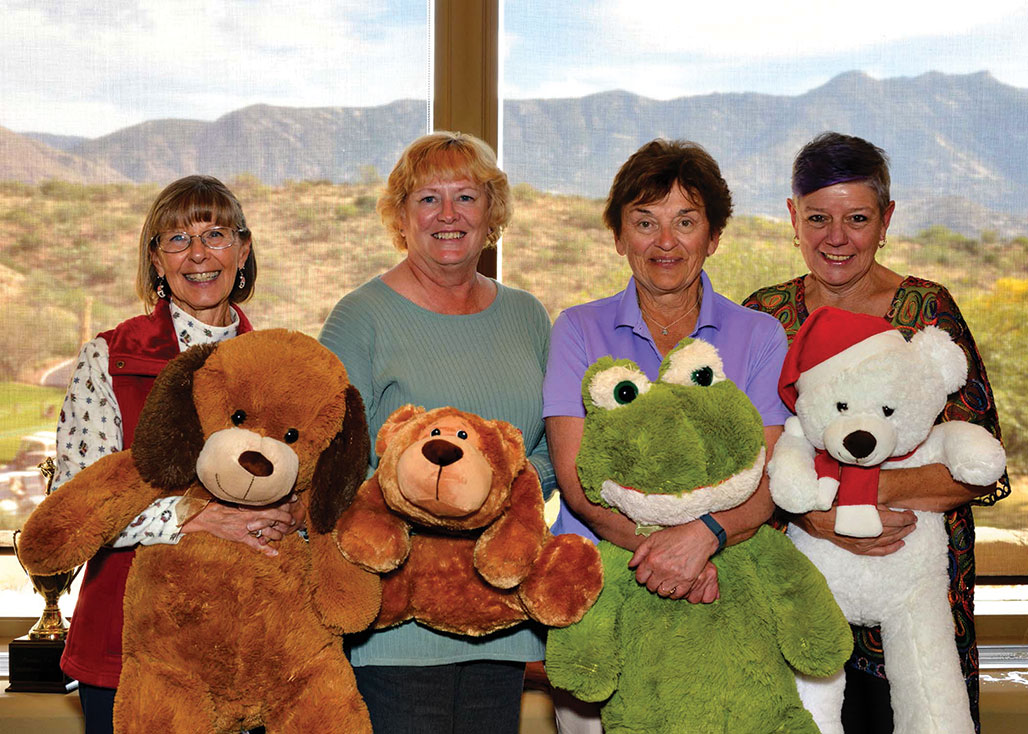 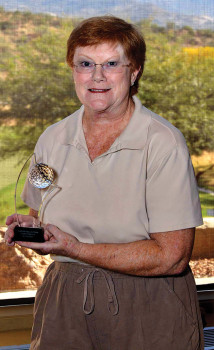 The arrival of the Christmas Season was apparent on Tuesday, December 9 at the SaddleBrooke Vistas Dining Room where the Lady Niners gathered after a game of golf to end their year with a luncheon and meeting. The women had been gathering toys since after Thanksgiving and they were on display as centerpieces for each of the tables. Special guests were four members of the Golder Ranch Fire Department and, of course, Head Pro Bernie Eaton and Assistant Pro Andy Higgins. At the close of the meeting, the Fire Department members gathered up the toys to distribute to local children and teens.

The SaddleBrooke Niners have three major tournaments during the year: the Club Championship, the President’s Cup and the Founders’ Cup. The lovely large trophies for those tournaments reside in our trophy case. The winners of those tournaments each receive their own smaller trophies to keep and those were presented during this year-end meeting. The Founders’ Day trophy was presented to Verne Tupa, the Club Championship trophy went to Mary Crooks Quamma and the President’s Cup winner was just announced at this meeting after several weeks of match play. Marlene Cowan was the winner after defeating Shirley Morris in the final round. Congratulations to Marlene and to the other two earlier trophy winners.

Tricia Pohnert was designated as the most improved player for the year and was also presented a trophy. One person, Peggy Tomlinson, was presented with six different awards for play during 2014! Her awards were for Birdie on a Par 5, Birdie on a Par 3, Hole-in-One, Broke 50, Broke 45 and Broke 40!

The SaddleBrooke Niners always welcome new members and if anyone is interested they may call Barbara Johnson at 818-0277 or Char Crossman at 777-0340 for more information.