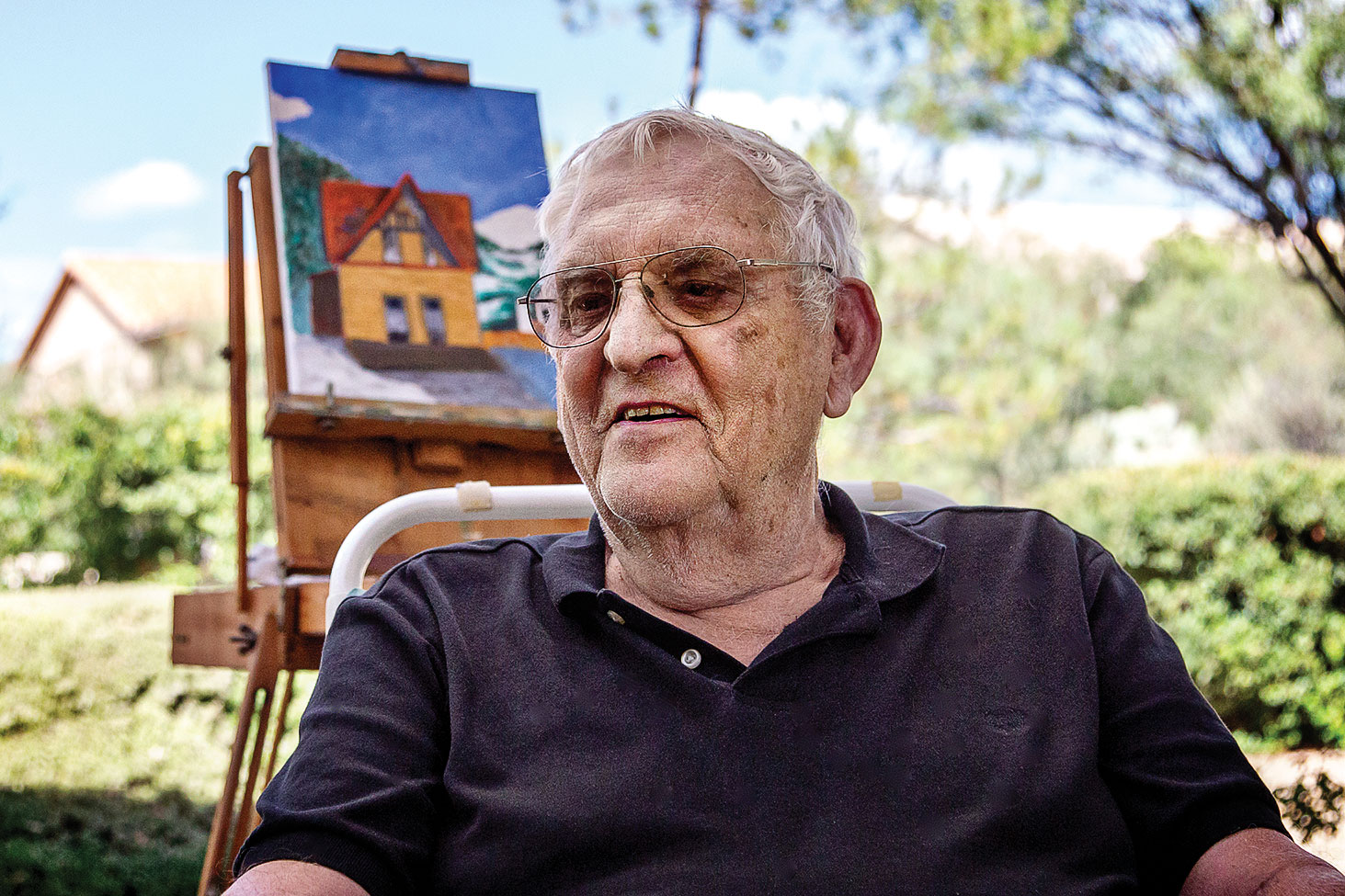 Richard Morrison Kerr (Dick) has an extensive history dedicated to public service. Prior to focusing on his lifelong desire of becoming an artist and author, Dick was a Colorado State Game Warden, is a Korean War Army combat veteran and was a Wildlife Biologist for the U.S. Government. Dick Kerr is the SaddleBrooke Gift Shop’s Featured Artist for November.

Dick Kerr was born and raised in the “Rock and Roll Capital of the World,” Cleveland, Ohio. He met his future wife Shirley while they were in high school. Dick said Shirley was his perfect match; they were happily married for 65 years. Shirley passed away three years ago; they have four children and two grandchildren.

Dick and his wife Shirley moved to SaddleBrooke in 1998. They were frequent visitors of Yuma. On one of their side trips to Tucson, they saw an advertisement for SaddleBrooke. After visiting SaddleBrooke, Shirley told Dick that she wanted them to spend their remaining years together here.

Dick Kerr had a lifelong hobby of drawing and painting. Upon retirement Dick pursued his dream of becoming a fulltime artist. Dick said he “is mainly self-taught,” but was fortunate to be able to paint alongside of famed artist Gerald Merfield. During those special sessions, Dick was able to pick-up some great pointers. Combining his love of art and the outdoors, Dick paints what he finds to be interesting and beautiful. His painting preference is landscapes and his preferred medium is oils.

Dick joined the Gift Shop team one year after moving to SaddleBrooke. There he enjoys meeting and talking with shoppers, visitors and fellow artists. Inside the Gift Shop you will find Dick’s colorful oil paintings and his note cards with depictions of some of his bird paintings. Also an author, Dick sells his final published novel, which is loosely based on experiences as a Fish and Game Officer.