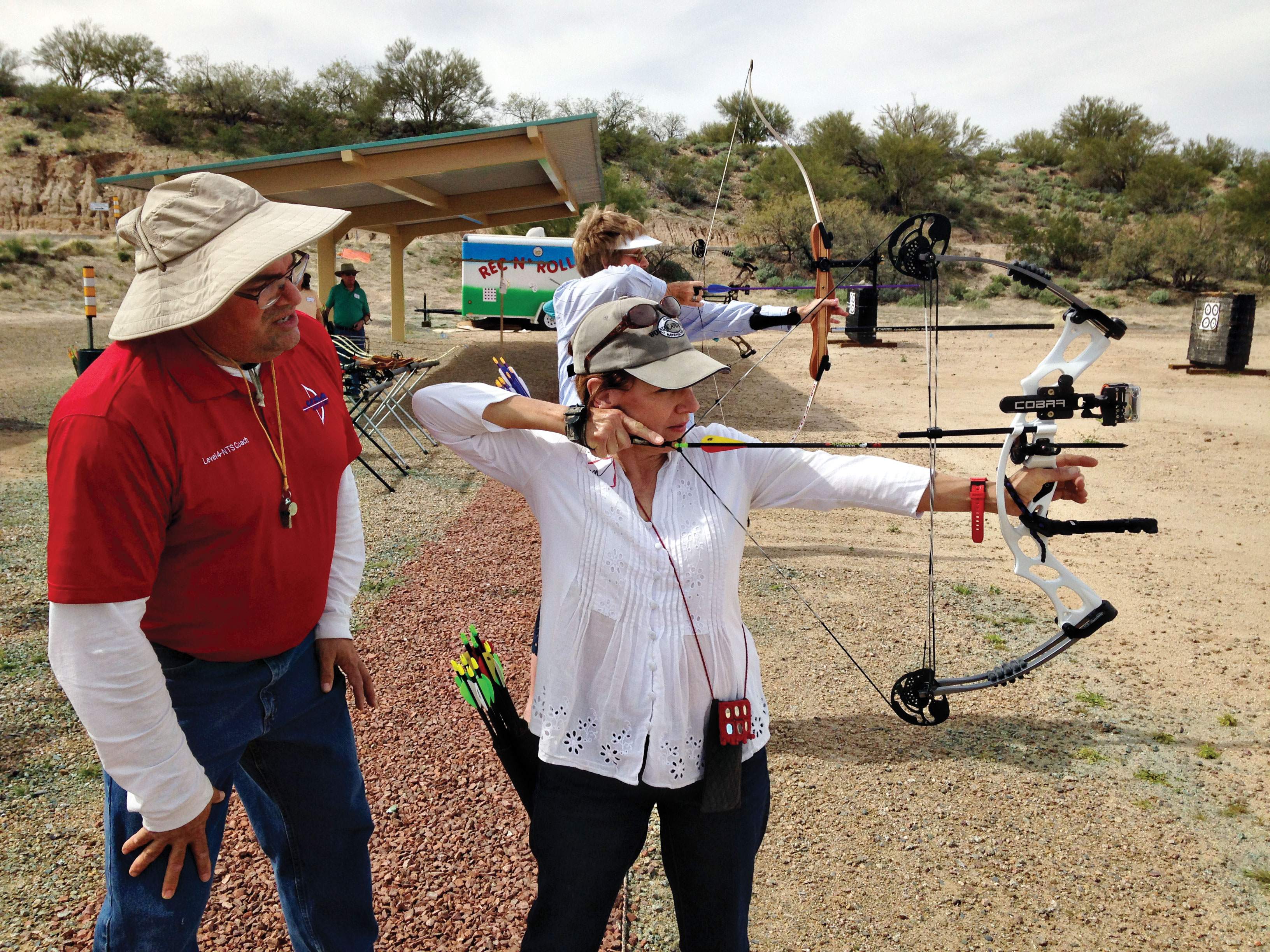 After a successful morning, the participants followed their usual habit of adjourning to Noble Hops to compare stories and quaff a cold one. There was discussion about organizing a zombie shoot to be held around Halloween, but this may have been a result of the brews imbibed.

Twice weekly target practice at a location just off Lago del Oro Road is available to club members or to SaddleBrooke residents who would like to try out one of the fastest growing sports in the world. Club members shoot both traditional recurve bows and compound bows, both of which come in a variety of draw weights to accommodate different levels of strength. A tour of Precision Shooting Equipment’s factory in Tucson is scheduled for March. Tour participants will see how modern bows are made from start to finish.

Come visit the SaddleBrooke Archers and enjoy the fun! All levels of archers are welcome – even those whose only experience is watching old Robin Hood movies! Information can be obtained at sbarchers.com or by talking to the president, Ed Snyder at 520-825-0964 or [email protected]