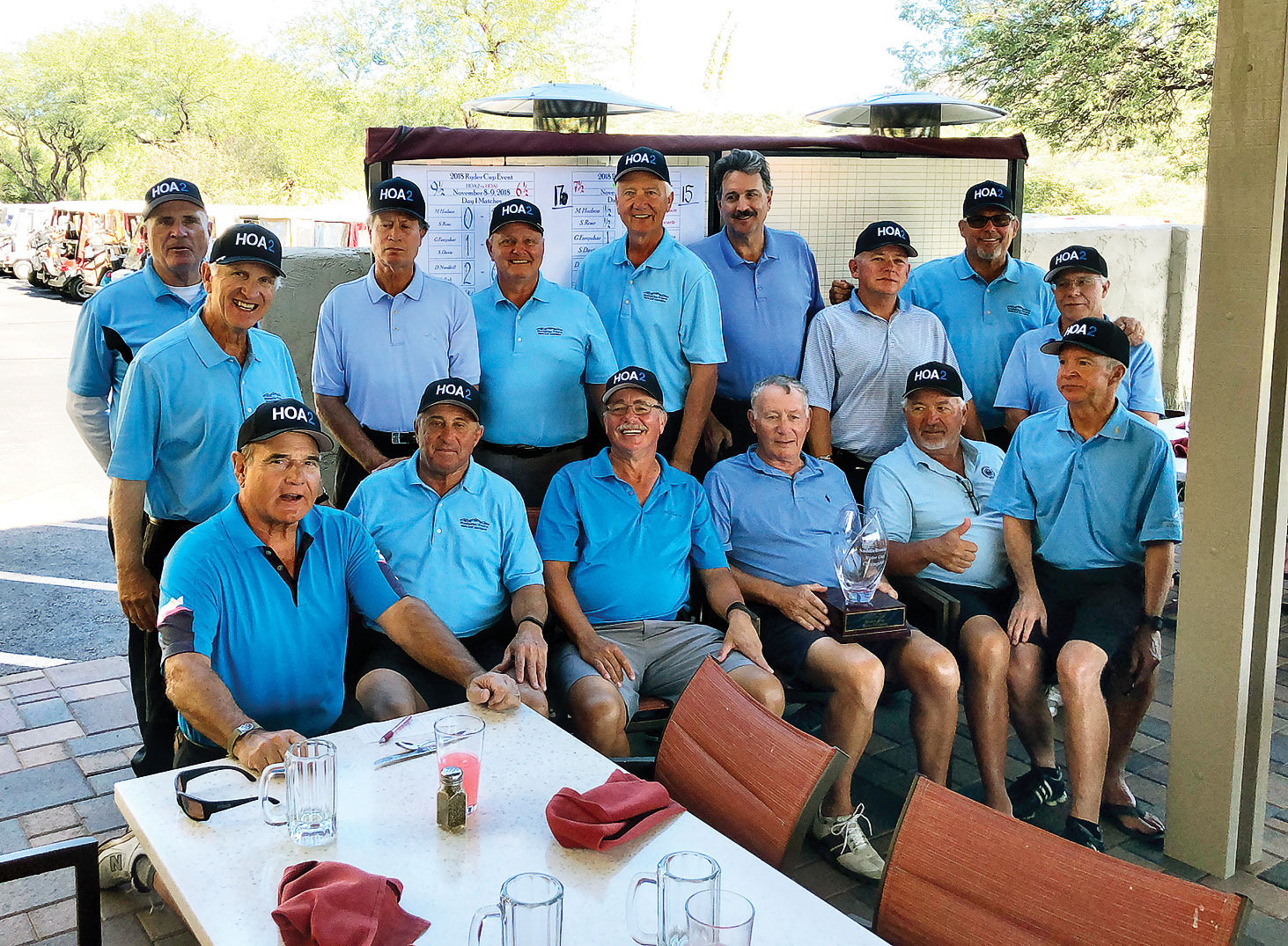 By now everyone must know that this is the premiere golf event of the year for the MPMGA and the SBMGA. It is always the best against the best. It is always close and often it comes down to the wire and believe me the winners take advantage of the bragging rights! This year’s two-day event was played November 8 and November 9. Day one was hosted by the MPMGA and the match was played at The Preserve. The SBMGA hosted day two and the match was played on all of their courses. The format has not changed since the tournament’s inception. Day one is team competition; two nine-hole matches. The final day was a basket full of individual matches. Don’t forget each team has 15 players plus one of its resident professionals. Are you ready?

On day one at The Preserve the MPMGA won three matches outright and halved another four for a total of 9.5 points. Good beginning! The SBMGA scored 6.5 points but possibly the highlight of their day was the hole-in-one that Tom Swikoski scored on the 11th hole. Congratulations, Tom! Remember I said this competition often goes down to the wire. On day two when the SBMGA had home field advantage they won a total of 8.5 points; seven outright wins and three halves. Yes, at this point the tournament was dead even and only two matches had yet to be decided. This is when I say that some people have a flair for the dramatic. The entire crowd was waiting on the patio at SaddleBrooke One, some already dining and others already imbibing, when Matt Kambic and Dennis Marchand arrived in the scoring area and announced that they both had won their match. Yes, there was bedlam and a lot of back slapping because the MPMGA had won back the coveted Ryder Cup by the score of 17 to 15. Not a bad story and congratulations to each and every player on the MPMGA team!

Dan Nordhill and Larry Sandoval won the most points for the MPMGA team, three. Every player on our team contributed points to the team’s victory. Beaver Simpson and Doug Swartz were the top point winners for the SBMGA with 2.5. Well done, gentlemen. To all who participated, we thank you for making this year’s Ryder Cup another great event and to our new Director of Golf, Matt Hudson, we welcome you to our team. Hope you enjoyed your initiation.