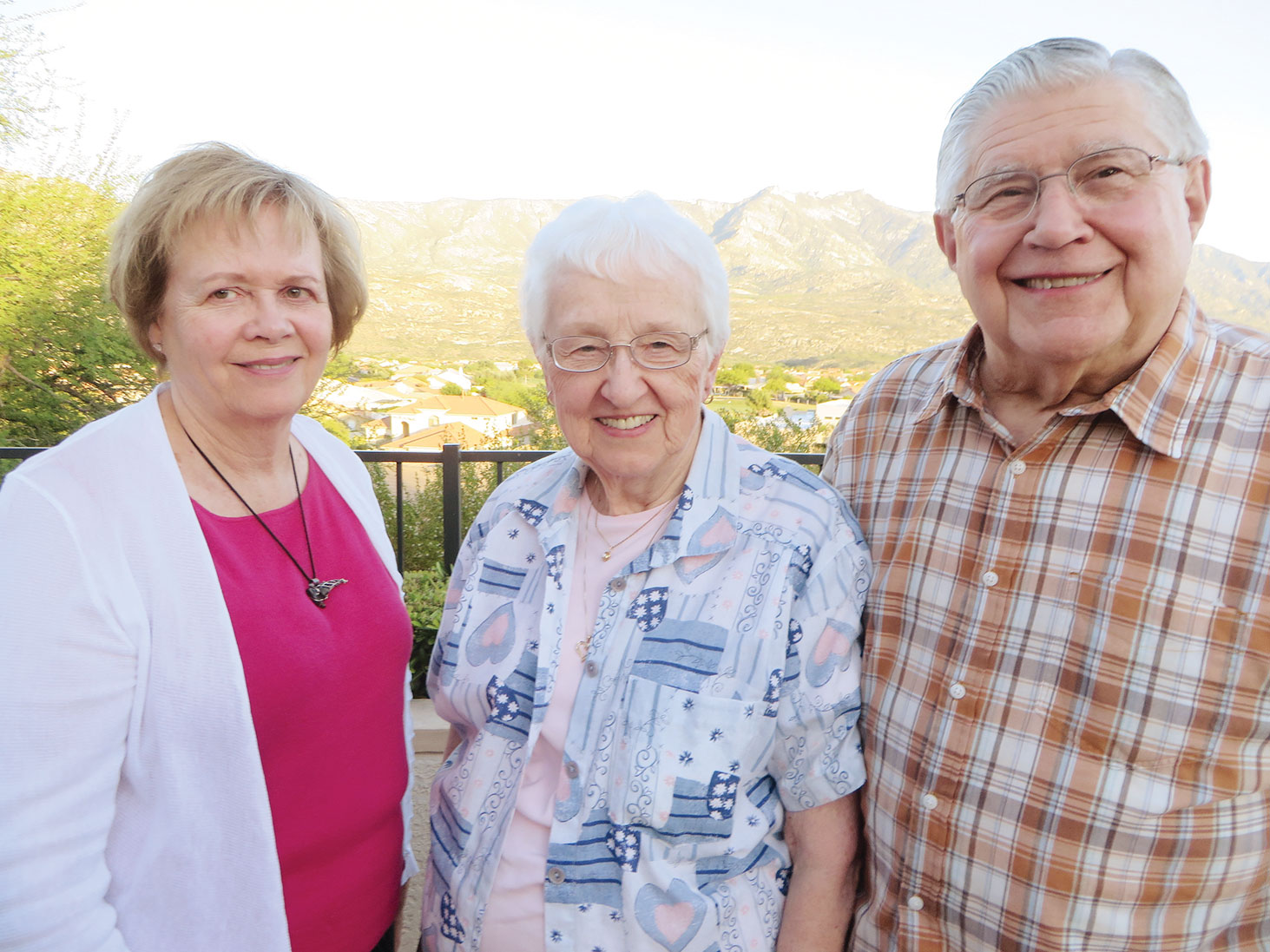 April 22 was patio party night for Resurrection Church at SaddleBrooke. Well planned and skillfully orchestrated by Ann Patterson-Barton, some fifty people participated at three locations. Hosts for what turned out to be an evening of good fellowship, good conversation and great food were Kelly Rospond and Woody Thompson, Lauchette Low and Win Babson and Julie and Jim Egolf. Each attendee provided an appetizer and the hosts provided the patio and the dessert.

Special guests at one of the parties were Pastor Palmer Ruschke and his wife Lois. Since moving to SaddleBrooke in 2007, Palmer and Lois have become known for their keen senses of humor and willingness to help others. Although he has now fully retired from preaching, Palmer was one of the founding pastors of Resurrection Church at SaddleBrooke in September 2014. Prior to that, from 2008 to 2010, he served as an Associate Pastor at the Community Church. There he made many lasting friendships and his style of preaching attracted a large following. In addition, Palmer was a volunteer chaplain at the Oro Valley Hospital from 2009 to 2016.

Pastor Ruschke grew up in Minnesota. After graduating from both Concordia Academy and College in St. Paul, he attended Concordia Seminary in St. Louis where he graduated with a Master of Divinity degree. He later earned a Doctorate in Pastoral Care and Counseling and participated in addiction workshops at the Hazelden Foundation. Along the way, Palmer served multiple churches in North Carolina and Minnesota. He retired from the active ministry in 1997.

Also a native of Minnesota, Lois has been with Palmer throughout his ministry. When Concordia College became co-educational in 1950, Lois was among the first women to enroll and she was in the first class of women to graduate. It was at Concordia that she and Palmer met and they were married in 1954. In addition to being the busy wife of a pastor, Lois taught kindergarten for several years, worked as a school librarian and then spent ten years working for United Parcel Service. Over the course of their marriage they had four children, three of which are still living, and they currently have seven grandchildren and eight great-grandchildren.

Resurrection Church at SaddleBrooke holds its traditional all-denominational Sunday worship services at 8:30 and 10:00 a.m. in the Vermilion Room at the HOA1 clubhouse. Starting as soon as things slow for the summer in SaddleBrooke, the church will return to one service at 10:00 a.m.