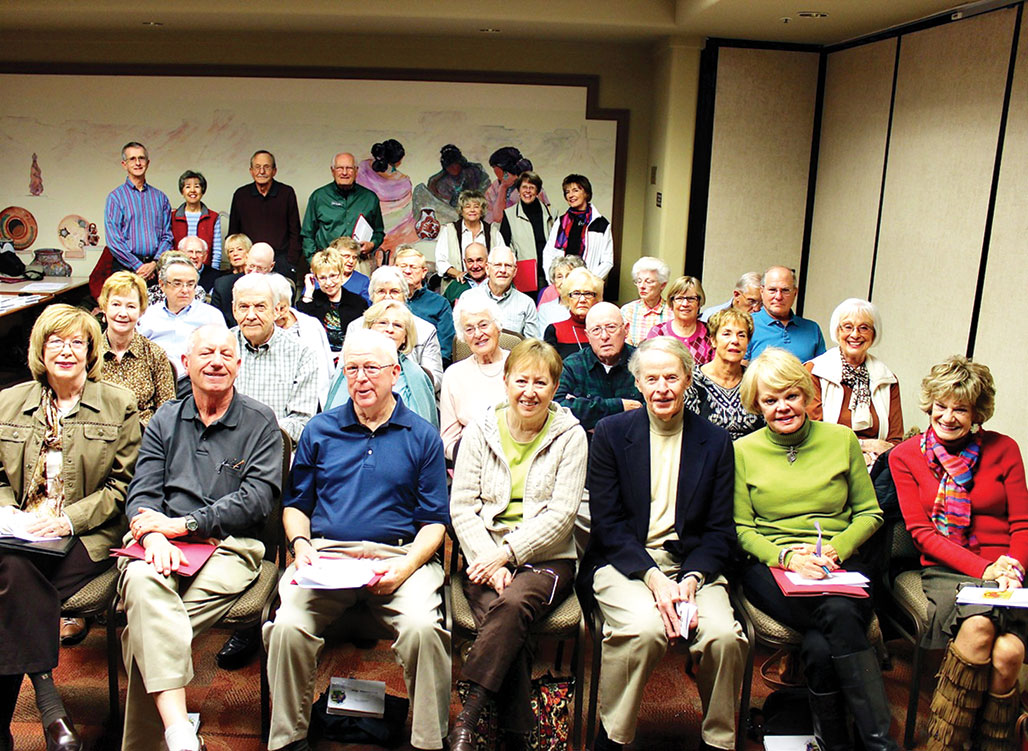 These are exciting times for Resurrection Church at SaddleBrooke. You can sense it in the air as happy people gather and the church continues to prosper. New faces are seen every week as Sunday attendance pushes above 180 and many old acquaintances were rekindled when forty three residents of our community were received into membership on Sunday, January 18.

This is the third group to join the rapidly growing congregation since the church opened its doors some five months ago. The first was in late September and the second in November. There will be another new member class received in March with the anticipation that this will be a bi-monthly occurrence.

Resurrection Church at SaddleBrooke holds its all-denominational worship service at 10:00 a.m. in the Vermilion Room at the HOA1 Clubhouse. All are welcome.