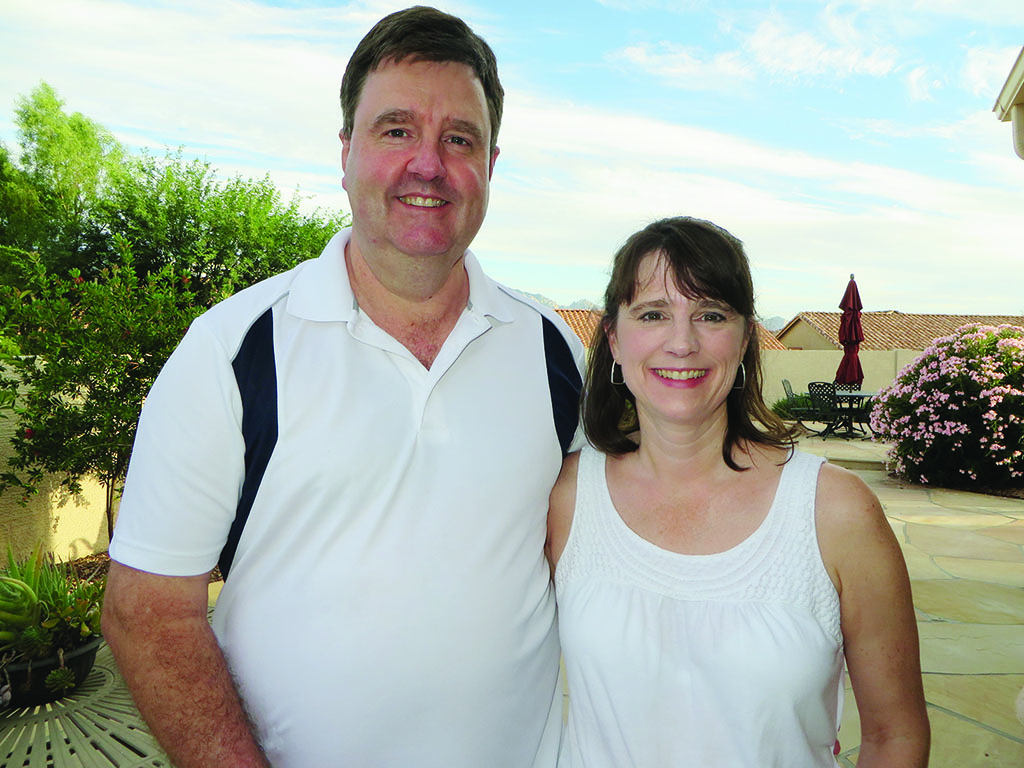 In May, Resurrection Church at SaddleBrooke held its first patio parties. Some thirty people attended and the event was well received. After that a strong consensus emerged indicating the need for another round while the weather was still in an accommodating mood. This happened on September 18.

As was the case with the May parties, the September gatherings were planned by organizational wizard Jan Springer. This time close to fifty people participated at three locations. Hosts were George and Darla Grove, Lauchette Low and Win Babson and Dave and Judy Stanard. Each attendee provided an appetizer and the hostess provided the patio and the dessert.

Special guests at one of the parties were Resurrection Church Senior Pastor Al Jensen and his wife Char. A strong friend of the SaddleBrooke congregation, Pastor Al’s support was key to first one and now two Sunday services coming to our community and he has very much participated in and promoted the decisions that have led to the explosive growth of the church here in SaddleBrooke.

It was at Texas Luther College in Seguin, Texas, that Pastor Al, then a junior, met Char, an incoming freshman. After he graduated there in 1988 he entered and eventually graduated from Trinity Lutheran Seminary in Columbus, Ohio. At the end of his first year in seminary, he and Char were married at her home church in Bellevue, Washington. They have now been married some 26 years and have three children. One of their children is a senior in college in California, another is a commercial diver in Louisiana and the youngest is a junior in high school in Oro Valley.

Pastor Al’s first call out of seminary was as Pastor at Fir Lawn Lutheran church in Sweet Home, Oregon. He was there for five years but left to become the Associate Pastor at Resurrection Lutheran Church in Portland. Shortly after assuming that position, the Senior Pastor resigned. Al was called to take his place. He was there for twelve years and the Jensen family might still be somewhere in the Northwest had the desert of Arizona not beckoned. In 2009 he became the Pastor for Family Life and Pastoral Care at Resurrection Lutheran Church in Oro Valley. He served in that capacity for three years and then in 2012 had the opportunity to become the Senior Pastor when that position became available.

Resurrection Church at SaddleBrooke holds its all-denominational Sunday worship services at 8:30 and 10:00 a.m. in the Vermilion Room at the HOA 1 Clubhouse. All are welcome.